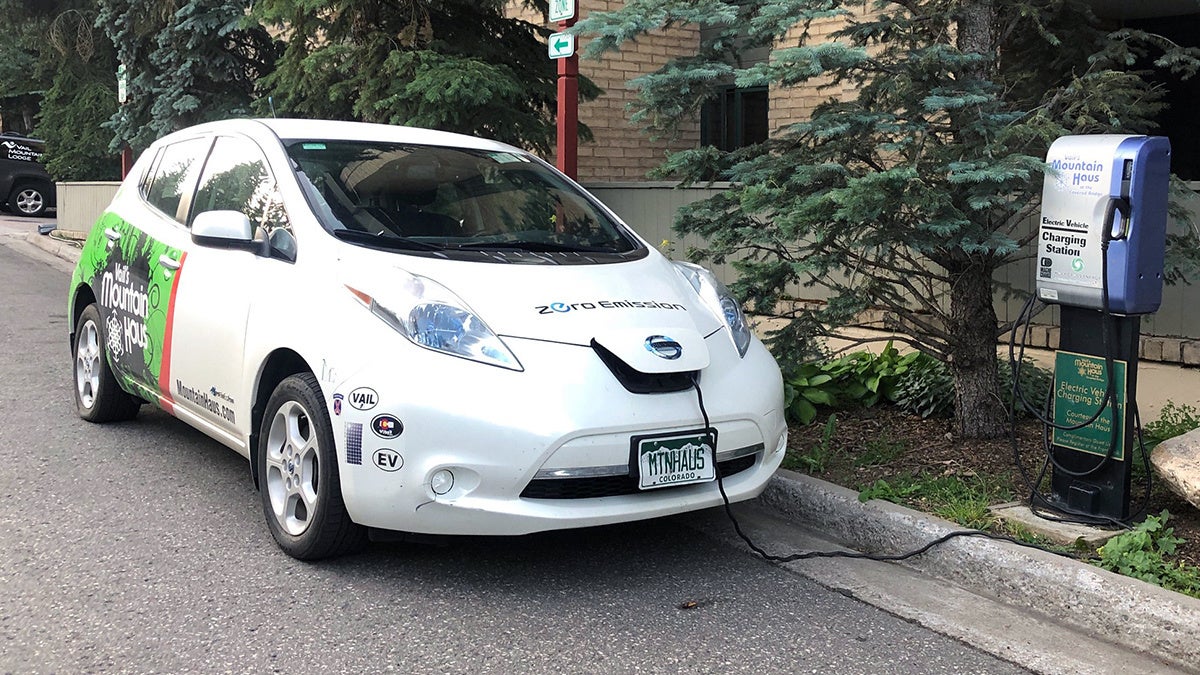 States across the country are stepping up to make clean cars cheaper and easier to find. Colorado’s Air Quality Control Commission (AQCC) voted Friday to adopt a Zero Emission Vehicle (ZEV) program that will increase the availability of electric vehicles in the state, improve air quality and increase transportation affordability.

In doing so, Colorado joins together with ten other states that have already adopted ZEV programs and follows up on its adoption of state clean car requirements limiting emissions of greenhouse gases and criteria pollutants from all new passenger vehicles. All told, 30% of the U.S. vehicle market is now covered by a ZEV program.

The adoption is the latest rebuff to the Trump administration’s proposed rollback to federal clean car standards, which Consumer Reports estimates will cost U.S. consumers 0 billion more at the gas pump. Governors from 24 states, including Colorado’s Jared Polis, now oppose the rollback. 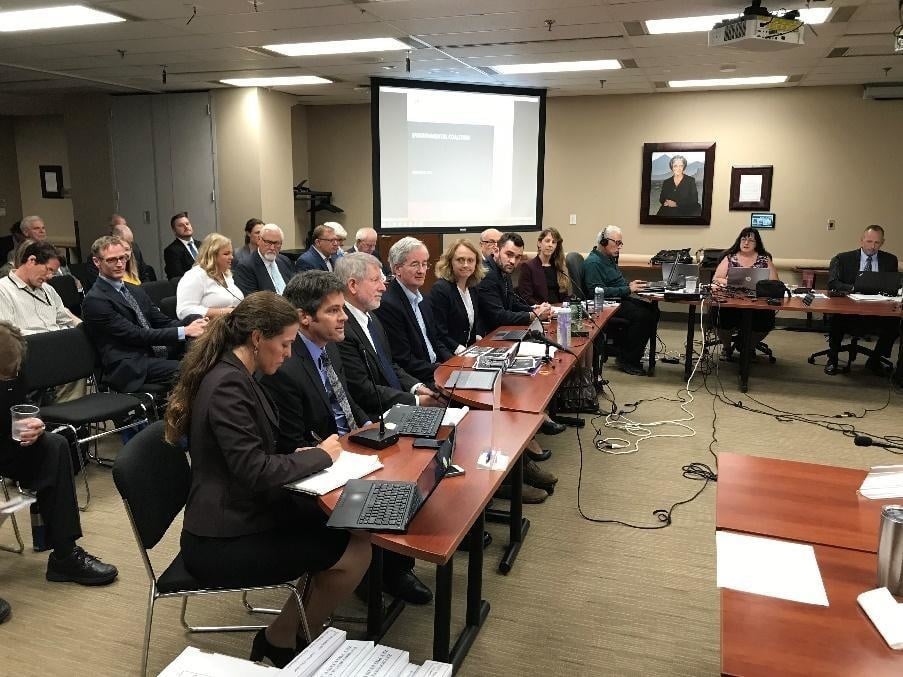 Coloradans and people across the country are excited about clean cars. They’re passionate about clean air, having more electric vehicle options at dealerships and reducing their contributions to climate change. Here are three things that will happen in Colorado as a result of the ZEV program:

Consumers Will Have More Electric Vehicle Options at Dealerships

If we want more clean cars on the road, automakers will need to make more clean cars available to Colorado consumers. Period. While automakers offer 41 EVs in the U.S., it turns out Coloradans are not being provided with these choices. Based on a survey of all dealership inventories, a Denver customer would only be able to find 24 out of those 41 models. That number drops to just 16 models available in Fort Collins, seven in Colorado Springs, three in Pueblo and just two models in Grand Junction. Consumers face an EV desert in Colorado. 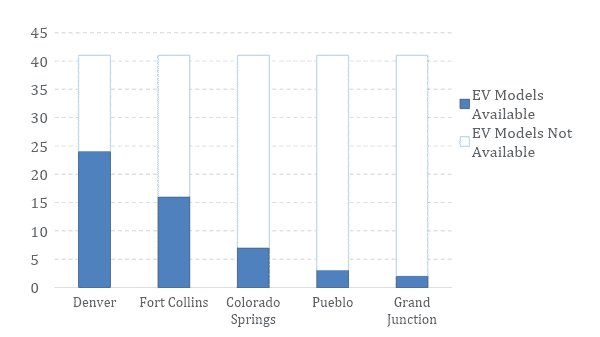 Source: Dealership inventory from Cars.com with assistance by NESCAUM.

A look at automakers’ current advertising in Colorado reflects a similar story. Most automakers spent virtually nothing in Colorado on EV advertising or education for consumers compared to the tens of millions spent annually for gas-guzzling models they sell. Nissan appears to be a standout based on the data, but unfortunately, they are the lone exception rather than the rule.

With the adoption of the ZEV program, 4 to 5% of the vehicles that automakers deliver for sale to dealers would need to be EVs by 2025. We note that the sales level reflects the Commission’s adoption of an alternative proposal developed by the Colorado Department of Energy and Department of Transportation, the Auto Alliance of Manufacturers and Global Automakers that provides a significantly easier path to meeting the original proposal, which would have required 7 to 8% sales by 2025.

While some automakers such as Nissan, BMW and Volvo are already exceeding the more modest 2025 requirements as of 2018, other automakers are far behind and not even making EVs available in Colorado, despite making them available elsewhere. Colorado’s adoption will help push all automakers, especially laggards, to do more and will set up the state for even higher volumes after 2025.

Throughout the hearings, state government representatives, the Regional Air Quality Council and residents suffering from air pollution testified on the need to move toward electric transportation to help address air quality problems in Colorado, particularly in the Front Range. One of the benefits of the program is avoiding vehicles with internal combustion engines. EVs are the only technology that, once on the road, is projected to get cleaner over time as the electricity grid gets cleaner in Colorado. By comparison, emission controls from internal combustion engines can suffer from the impacts of deterioration, malfunction or even tampering — these events can lead to “super-emitters” on the road that emit 2 to 4 times more emissions when on the road than they are supposed to emit. EVs bypass this problem entirely because they don’t have any tailpipe emissions.

All told, if EVs reach about 8% sales in Colorado, carbon pollution would be conservatively reduced by an estimated 2.2 million metric tons through model year 2030. Smog-forming pollutants would also be reduced.

All Consumers Benefit From EVs

Both primary and secondary buyers of EVs stand to see significant economic benefits from the ZEV program. With battery prices continuing to drop rapidly, the costs of EVs are projected to reach initial, up-front cost parity with gasoline internal combustion engines between 2024 and 2029 depending on the vehicle class, according to a study by ICCT. In terms of lifetime vehicle savings, EV drivers are expected to save between ,200 and ,000 depending on the vehicle class. Those savings are largely driven by significant reductions in fuel and maintenance costs.

Accelerating EV adoption with the ZEV program will benefit not only EV drivers but all residents in the form of downward pressure on rates. Two studies by MJ Bradley and Associates, commissioned by NRDC, show that adoption of EVs will lead to improved utilization of the electricity grid, especially since most EV charging occurs at night when there is spare capacity on the grid. An assessment of utility revenues in California from EV charging shows EV customers contribute much more to the grid than they cost from the grid. Regulated utilities are required to return that additional revenue to all utility customers in the form of lower rates and bills, as my colleague has blogged on here. A second study by MJ Bradley projects similar results for Colorado as it ramps up its EV fleet. 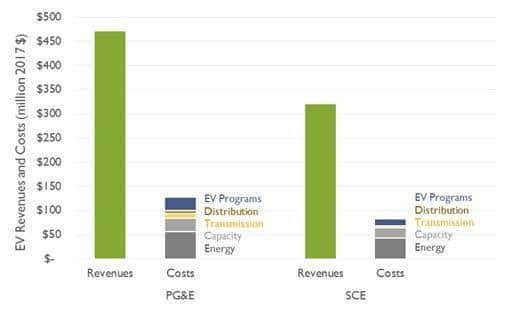 Clean cars mean cleaner air, which means fewer ozone days, easier breathing for Coloradans and a meaningful reduction in pollutants that contribute to climate change. But we won’t see as much of these benefits without more zero-emission vehicles on the road. A Colorado ZEV program will have a meaningful impact by ensuring all automakers start making more EV products available to consumers.

Simon Mui is a senior scientist in the Climate & Clean Energy program with the Natural Resources Defense Council.