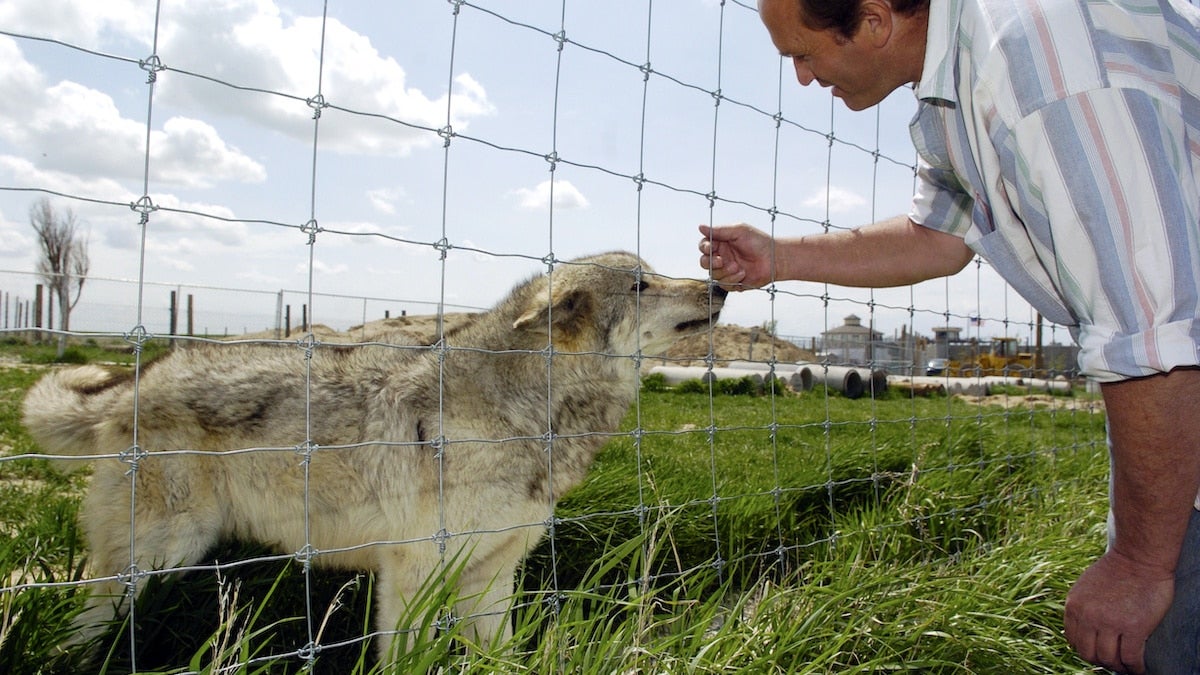 A gray wolf at The Wild Animal Sanctuary in Keenesburg, Colorado in 2007. Andy Cross / The Denver Post via Getty Images

The voters of Colorado have made history by electing to reintroduce gray wolves to the state.

The opponents of Proposition 114, as the measure was called, conceded Thursday, National Geographic reported. As of that afternoon, the plan to reintroduce wolves had 1,495,523 votes for and 1,475,235 against with 90 percent of the votes counted. However, the remaining 10 percent were all from pro-wolf areas.

The proposition’s victory marks the first time the decision to reintroduce an animal species has been made at the ballot box. It also comes exactly one week after the Trump administration announced it would remove Endangered Species Act protections for gray wolves in the lower 48 states.

“This is a great victory for wolves coming on the heels of Trump’s illegal action to remove federal protection, and it will help restore the natural balance in Colorado’s Rocky Mountains,” Center for Biological Diversity (CBD) senior conservation advocate Michael Robinson said in a press release. “The people of the Colorado have helped turn the page on a brutal chapter of our history that saw wolves exterminated across the West.”

WE DID IT! Together, our pack has passed Prop 114 to bring the gray wolf home to Colorado and restore our natural balance. Thank you to everyone who was part of helping to restore the missing howl! #HowlYES #YesOn114 #restorethehowl pic.twitter.com/drzpmSSUQN

Gray wolves once roamed across most of the U.S., but hunting and trapping almost drove them to extinction by the start of the twentieth century, National Geographic pointed out. Colorado became the first Rocky Mountain state to put a bounty on wolves in 1869, and the last wolf in the state was killed in 1945, according to the CBD.

Wolves were granted Endangered Species Act protections in the 1970s and were reintroduced into Yellowstone National Park and Idaho in 1995 and 1996, according to National Geographic. From there, they have spread to Montana, Washington State, Oregon and northern California. However, they have not recovered their historic range and remain missing from states like Maine, Utah and Colorado, which is one reason why scientists argued the Trump administration’s decision to delist wolves was premature.

Now, the wolves are coming back to Colorado. Proposition 114 tasks Colorado Parks and Wildlife with making a plan to reintroduce wolves to the area west of the Continental Divide no later than Dec. 31, 2023, according to the CBD.

Supporters of wolf reintroduction argue that wolves play an important role in Western ecosystems, National Geographic pointed out. They help to manage deer and elk populations, boost smaller predators like foxes by competing with and killing coyotes and provide food for scavengers including wolverines and bears.

“Wolves evolved in the western United States for hundreds of thousands of years with their prey,” former state biologist and environmental advocate Gary Skiba told Colorado Public Radio. “As a result of that, we’ve seen improved environmental conditions, at least partly because of wolves in Yellowstone. I won’t say entirely, but partly. We won’t probably see the same thing exactly in Colorado, but wolves were part of how the ecosystems function. We think we need to have that back.”

The opposition to the measure has been led by farmers, ranchers and hunters who are worried about the impact of wolves on livestock and game, The Colorado Sun explained. Since Proposition 114 had more support in urban areas of Colorado, its opponents argued that the people voting for it were not the ones who would have to live with the new neighbors.

“All along, our opposition campaign was led by those who would be directly impacted by this measure, including real Coloradans, sportsmen, farmers and ranchers, outdoor enthusiasts, and more,” Patrick Pratt, the spokesman of the anti-reintroduction group Coloradans Protecting Wildlife, said in a statement reported by The Colorado Sun.

But Rob Edward of the pro-reintroduction Rocky Mountain Wolf Action Fund said the divide was not so clear cut. He pointed to five counties on the Wester Slope, where wolves will be introduced, who voted for the measure.

“We would not be having this conversation today had it not been for people on the Western Slope voting for wolves,” he told The Colorado Sun.