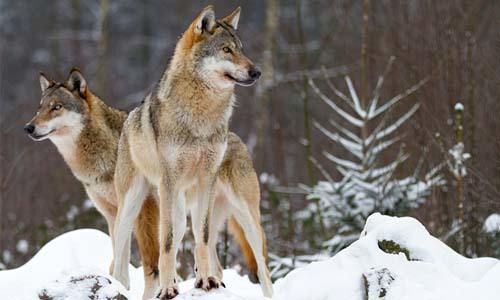 The yahoo jihad at the wildlife refuge in Oregon is part and parcel of the larger problem across the public lands of the West including here in Colorado. Ranchers aren’t just occupying that federal building in Oregon, they’ve been occupying our public lands across the West for over a century and that occupation has been armed, violent and completely subsidized by state and federal taxpayers.

Here in Colorado, that occupation is proposing to take yet another extremist step forward as the Colorado Wildlife Commission considers a resolution on Jan. 13 at its Denver meeting to “oppose wolf reintroduction” in our state. Wolves have been reintroduced to many of the states surrounding Colorado including Wyoming, Montana, Idaho, Arizona and New Mexico, and the U.S. Fish and Wildlife Service may soon consider reintroducing wolves into Colorado too. 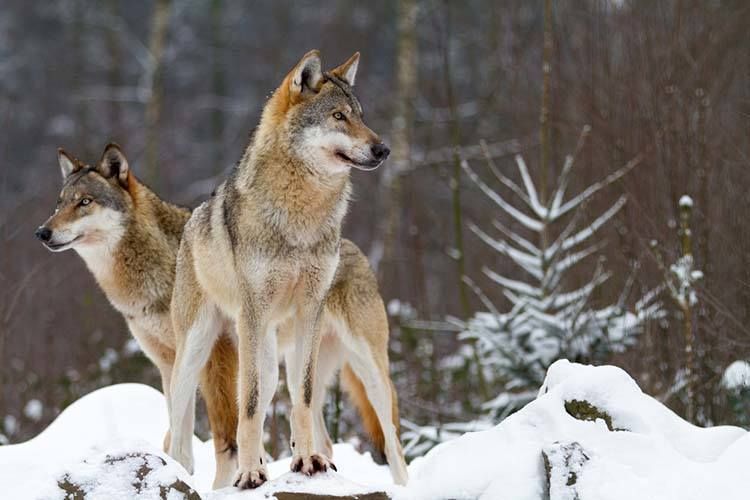 Wolves have been reintroduced to many of the states surrounding Colorado including Wyoming, Montana, Idaho, Arizona and New Mexico.

A keystone species that protects and restores wild landscapes, wolves—like American Indians—were almost completely and violently exterminated from the U.S. when ranchers arrived in the 1800s and colonized and assimilated the Western landscape. Wolves were slaughtered by the hundreds of thousands—trapped, poisoned, mutilated—until every last animal in Colorado was killed. This slaughter was and still is, paid for by the American taxpayer.

The cow and sheep industry is heavily subsided across the public lands of Colorado, so much so that the some ranchers are often called “welfare ranchers.” They pay almost nothing to send hundreds of thousands of livestock across our public lands sometimes obliterating the natural landscape as the livestock devour native grasses, pound the soil into dust, and wallow in and destroy streams and rivers. They also pay almost nothing to have the state and federal government exterminate native American wildlife on our public lands—wolves, coyotes, mountain lions, bears, even eagles—that sometimes prey on calves and lambs. The epitome of this extermination is the “aerial gunner men” hired by the U.S. Department of Agriculture to fly helicopters over our public lands and kill thousands of coyotes with shotgun blasts from the sky every year.

Further, the state of Colorado actually pays ranchers for the “damage” that native American wildlife do to domestic livestock. If a mountain lion eats a domestic sheep, the Colorado Parks and Wildlife pays the sheep rancher for the “damage” that lion caused to the rancher. Further yet, if that lion keeps eating sheep, Colorado Parks and Wildlife will go out and kill the mountain lion.

The elk and deer hunting industry in Colorado is also a mess. Millions of dollars are made every year by ranchers and outfitters to make sure that fat, lazy elk and deer are easy targets for hunters who pay large price-tags to take home a set of antlers and freezer full of meat. In some cases, elk and deer are practically baited on private property where ranchers leave hay fields for forage and then let hunters sit around on opening day waiting for the biggest buck or bull to saunter in for breakfast.

Of course, not all ranchers are on welfare—some graze their livestock responsibly on public land, don’t kill predators and even support wolf reintroduction. And not all hunters want to sit around on opening day and wait by a hay field to shoot a fat, lazy elk. Some hunters want to actually “hunt” a wild ungulate that has been chased by a wolf and also support wolf reintroduction.

Wolves have a right to be on the landscape. They’re native animals, were here first and are keystone species that protect and restore wildness. In areas where wolves are reintroduced, elk and deer are healthier as wolves cull the old, sick animals and keep the others scurrying away from a wolf’s fang. Exercise improves everyone’s health, including deer and elk. The landscapes are healthier too—elk and deer are forced to keep moving instead of standing in a meadow or stream overgrazing the grasses and willows. In places where wolves have returned, scientists find healthier landscapes with more song birds, more wildlife and more biological diversity.

On Jan. 13 at the next meeting of the Colorado Parks and Wildlife Commission, the commissioners will consider a resolution to “oppose wolf reintroduction” in Colorado. I urge you to contact the Commission and tell them to vote “no” on this resolution. You can click here to send them an email now.

We should oppose welfare ranching, not wolves, in Colorado. The armed, violent jihad that is occupying and destroying our public lands across Colorado and the West must stop.