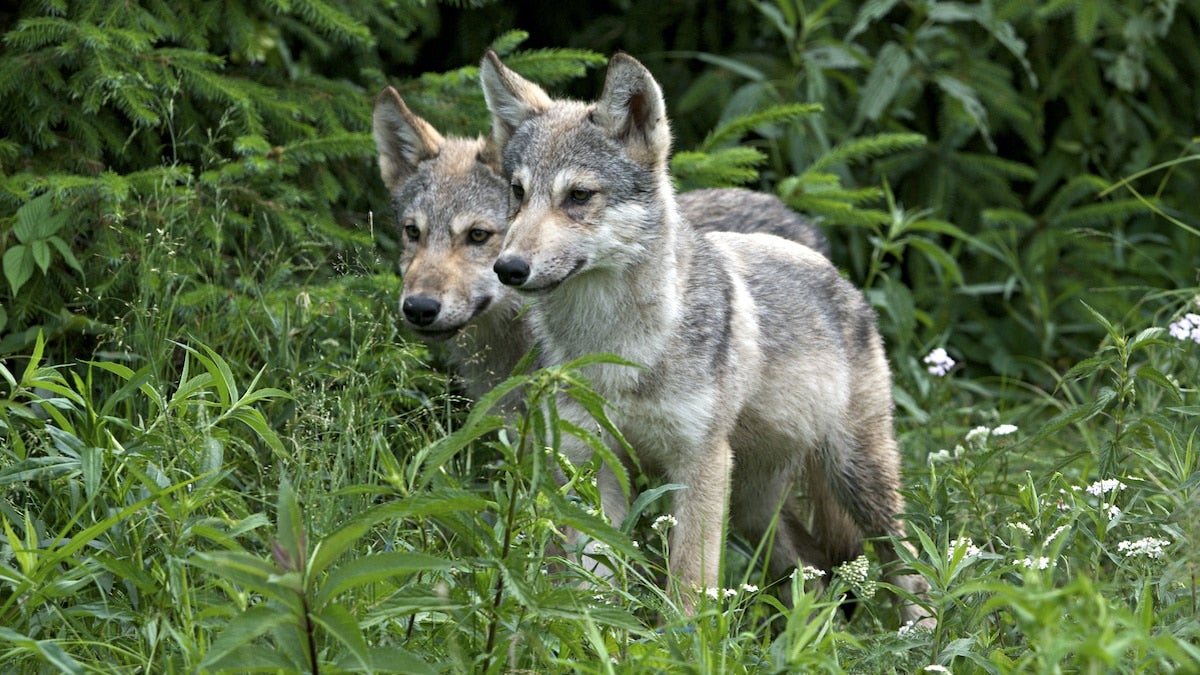 The Trump administration announced on Thursday that gray wolves will no longer receive protection under the Endangered Species Act in the contiguous United States.

Gray wolves were on the brink of extinction when they were one of the first animals to receive protections under the Endangered Species Act in 1975. Their numbers had dropped to nearly 1,000 as farmers hunted and poisoned them since the wolves posed a threat to livestock, according to The Guardian. Now, the U.S. Department of the Interior believes the gray wolf has rebounded well enough that its protections should be left to the states and to tribes.

“Today’s action reflects the Trump Administration’s continued commitment to species conservation based on the parameters of the law and the best scientific and commercial data available,” said Secretary of the Interior David L. Bernhardt in a statement. “After more than 45 years as a listed species, the gray wolf has exceeded all conservation goals for recovery. Today’s announcement simply reflects the determination that this species is neither a threatened nor endangered species based on the specific factors Congress has laid out in the law.”

In total, there are roughly 6,000 gray wolves living mostly in Michigan, Wisconsin and Minnesota. There are an estimated additional 1,800 present in other states in the West, according to The Washington Post.

Biologists contend that the wolves’ comeback is not complete since they occupy a small portion of the land they once roamed. Large swaths of land in Utah, Colorado and Maine that were once habitat for wolves are now completely devoid of them.

Some critics see the move as a blatantly political maneuver by Trump to wrangle support in the upper Midwest, where polls show him trailing.

“Wolves will be shot and killed because Donald Trump is desperate to gin up his voters in the Midwest,” said Brett Hartl, chief political strategist at the Center for Biological Diversity Action Fund, in a statement, as CNN reported. “Secretary Bernhardt’s nakedly political theater announcing the end to wolf protections in a battleground state days before the election shows just how corrupt and self-serving the Trump administration is.”

The final rule will be officially published on Tuesday, Election Day, and then go into effect 60 days after that.

One area of concern is that scientists, tasked with a mandatory independent review, alerted the Fish and Wildlife Services to objections they had about stripping protections from the gray wolves. Four out of the five scientists on the independent review panel raised serious concerns. One reviewer told The New York Times that the Fish and Wildlife Service ignored the genetic variations within the gray wolf species, which is crucial to their ability to adapt to threats like the climate crisis.

Another reviewer told The New York Times he was concerned that the decision did not take into account how many wolves would be killed by people.

“I predict that the consequence of the inaccurate risk assessment is that gray wolves are not secure in the Western Great Lakes,” wrote Adrian Treves, a professor of environmental studies at the University of Wisconsin-Madison, in a follow-up memo to the federal Office of Management and Budget, “and the federal government will have to re-list them again, either by federal court mandate or after another wolf population crash.”

Activists have successfully used the courts in the past to thwart previous attempts to delist the gray wolf and have vowed to do so again.

“This is no ‘Mission Accomplished’ moment for wolf recovery,” said Kristen Boyles, an Earthjustice attorney, in a statement. “Wolves are only starting to get a toehold in places like Northern California and the Pacific Northwest, and wolves need federal protection to explore habitat in the Southern Rockies and the Northeast. This delisting decision is what happens when bad science drives bad policy — and it’s illegal, so we will see them in court.”