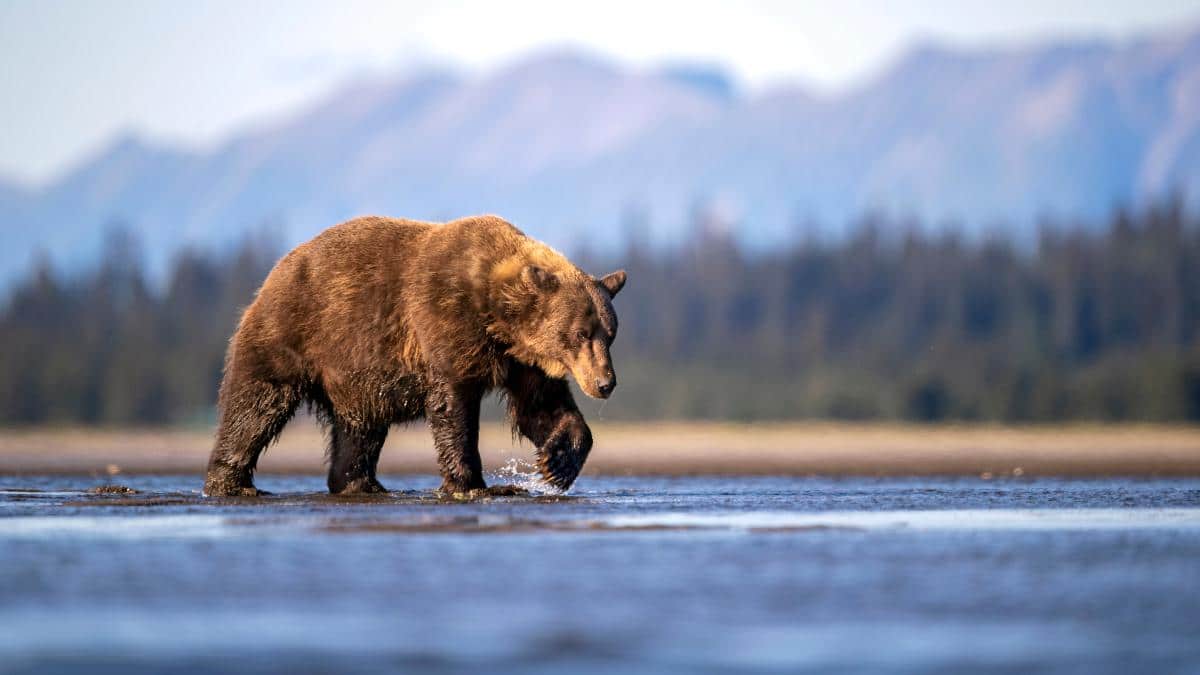 A flurry of bills has recently been introduced to Montana’s state legislature that reduces restrictions on the killing of grizzly bears and wolves — two predators which have historically struggled to survive in the state.

One such bill is SB 98, put forward by Republican Sen. Bruce Gillespie, which would expand the state law allowance for killing grizzly bears. Currently, Montanans can kill grizzly bears if they are caught in the act of killing their livestock, according to CBS News. But the new bill — which has already passed the state Senate — would mean grizzly bears could be killed if they were “believed to be ‘threatening’ a person or livestock.” The bill also states that grizzly populations have “recovered” and should be taken off the federal endangered species list.

Other bills include SB 314, which would allow all but 15 breeding pairs of wolves to be killed, and HB 224, which would legalize the use of neck snares to hunt wolves.

With Montana’s first Republican governor in 16 years, Greg Gianforte, and a Republican-controlled legislature, the bills represent “a political sentiment,” according to Rep. Tom France, a Democrat and retired regional executive director for the National Wildlife Federation, The New York Times reported, adding that Montana’s State Legislature is now saying, “We don’t live by federal laws and aren’t going to pay attention to them.”

Proponents of bills like the ones aimed at limiting wolf numbers feel they have “no voice” when it comes to keeping the predators away from eliminating their game, like elk and deer, State Senator Bob Brown, a Republican who introduced one of the bills, said at a hearing, according to The New York Times.

“We can’t sit by and allow our game — the thing that feeds so many families — to be taken off the table,” he added.

Activists and wildlife advocates have opposed the bills, calling them a series of “bad bills” that “declare war on wolves, bears and other carnivores,” according to a statement by Kitty Block, president and CEO of the Humane Society of the United States. “These bills — all put forward by just three lawmakers, Rep. Paul Fielder, Sen. Bob Brown, and Sen. Bruce Gillespie — also seek to usurp biologists, including the state’s wildlife agency,” Block wrote.

In 1975, the grizzly bear was listed on the Endangered Species Act when only about 800 to 1,000 of remained, The New York Times reported. Today there are an estimated 1,800 in the Lower 48 — a successful recovery attributed to restrictions on hunting and poaching.

Sen. Gillespie, however, said the state’s grizzly management is currently “stuck in a time capsule,” according to the Montana Free Press. “They long ago hit the target of 300 [grizzlies]… That means there are many times more conflicts [and] attacks — life-and-death conflicts,” he added.

Despite popular conception, fatal grizzly bear attacks are extremely rare — only one person dies on average every three years in the lower 48, according to National Geographic. But as human and grizzly bear populations continue to expand, things might get “interesting,” James Jonkel, a biologist for Montana Fish, Wildlife, and Parks who manages bears in and around Missoula, told National Geographic.

According to biologists, the problem will not be a lack of space across Montana, Wyoming, Colorado and even California, but rather of “social acceptance,” National Geographic reported.

The survey, however, also shows that this acceptance declines when surveying people who live and work on agricultural-ranching landscapes. “Survey responses reveal remaining public misconceptions about the role of hunting in preventing conflicts between bears and people,” the Sierra Club wrote. These misconceptions include the knowledge that hunting could resolve human-and-bear conflict or scare the bears away — both claims that have been refuted by grizzly bear experts.

Instead, experts recommend prevention measures like electric fencing, carcass removal and removing food and items that may attract bears in order to avoid future conflict and achieve a “‘self-sustaining grizzly population’ that Montanans favor,” the Sierra Club concluded.