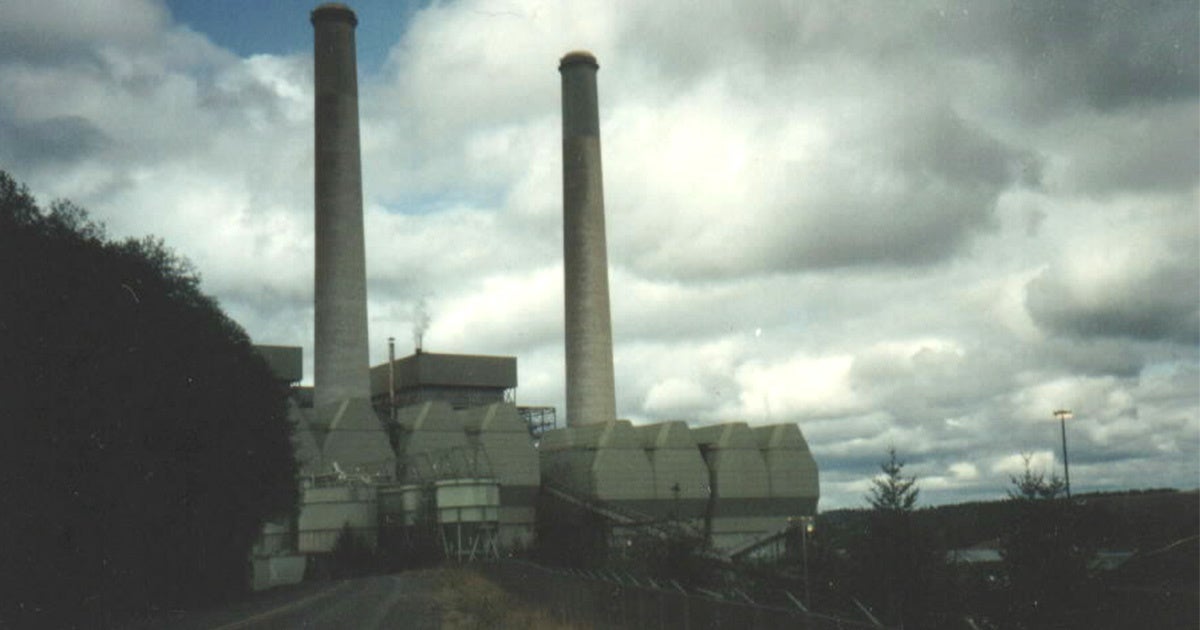 It was once Washington state’s largest coal pit, a terraced, open-to-the-sky strip mine, five miles from the city of Centralia and halfway between Seattle and Portland, Oregon. Today, the coal beds are quiet and blanketed in green, but an adjacent TransAlta power plant with three tall stacks still churns out electricity the traditional way, with coal now supplied from Wyoming.

Not for much longer. The coal mine closed in 2006—the last of the state’s mines to be shuttered—and then in 2011, TransAlta reached a deal with the state to shut down the plant. One burner will go cold in 2020 and the other by 2025. This move is part of Washington’s larger plan to get carbon dioxide emissions to 1990 levels by 2020. And it should go a long way toward meeting that goal: Today, in a state that relies on hydropower for most of its energy, the Centralia power plant contributes 10 percent of the state’s total greenhouse gases—as much as the emissions from 1.75 million cars.

The plant currently also contributes a good deal of electricity, of course. When the Centralia power plant’s smokestacks quit spewing in 2025, it will mean a loss of 1,340 megawatts of energy. (Of that, it currently supplies about 380 megawatts to area homes via Puget Sound Energy, or PSE, the largest power supplier in the state.) To help fill that gap, TransAlta is converting about 1,000 acres of its former mine site to a solar farm. In homage to the old pioneer town of Tono that once stood where the mine now craters the earth, Tono Solar will be the land’s next incarnation.

“This is a good-news story about moving away from fossil fuels and toward renewables,” said NRDC senior attorney Noah Long about the project, which is set to start producing clean energy as soon as late 2020. He points out that beyond its climate benefits, it’s good for TransAlta’s bottom line, too. “Full reclamation of the site itself can be expensive,” he explained. Under the Surface Mining Control and Reclamation Act of 1977, coal companies are required to restore land once they have finished mining it to prevent groundwater contamination and erosion—and avoid leaving behind an eyesore. “By putting solar on the land, it maintains an industrial use,” said Long. “This good use of a brownfield brings the costs of reclamation down quite a bit.”

It’s also a practical reuse, since, handily enough, infrastructure already exists at the Tono Solar site to get the sun-produced electricity to the people who need it. “The location is good because it’s close to transmission lines,”‘ TransAlta lead developer Ryan Schmidt said in a March 2018 presentation. “We know exactly what’s in the ground, because we put it there when we reclaimed the site.”

Tono Solar won’t fully make up for the power generated by the Centralia coal-fired plant—it’s expected to provide 180 megawatts of electricity. But already, the region is shaping up to become a hub for alternative energy projects. Just 15 miles from the site of the future solar farm, plans are also in the works for the Skookumchuck Wind Energy Project. That venture expects to produce almost 140 additional megawatts from 38 turbines going up in neighboring Lewis County. (The two projects combined get much closer to making up for the needs of the PSE customers who currently rely on the coal plant.)

Ed Orcutt, Washington State representative for the 20th District, which includes Centralia, pointed out that these projects are near areas with a high demand for electricity—including the growing metro areas of Portland and Seattle. Orcutt noted he’d like to see even more alternative energy in the region and wants to work with area glassmakers to produce solar panels. “I’m interested in finding out how the glass could be locally sourced to get components manufactured and constructed in my district,” he said.

And making the region a center for alternative energy could help offset job losses once the coal plant shuts down entirely. While Tono will create more than 300 construction jobs to build the solar installation, it will offer only up to five permanent positions. That’s a concern on the mind of Bob Guenther, a local community member who worked at the Centralia power plant for 34 years as a mechanical foreman. Guenther has been active in negotiating for workers’ interests alongside environmental considerations and said he’d like to see Centralia become a leader not just in renewable energy production but manufacturing, too. Along with the wind and solar projects, he pointed to an industrial park not far from the soon-to-be-built solar farm, where solar panels and batteries could be built.

“What I’m hoping is that when TransAlta gets going on this project, that we can get some battery storage on it, too,” Guenther said, referring to the energy-storing battery units that now go hand-in-hand with many solar plants and help to save up the electricity produced during sunny days for use at other times. “We get so many cloudy and dark days here, and charged batteries could pick up that load and make for smoother power flow,” he added. Guenther is optimistic about what these new, high-tech fields could mean for his community. “I think we are going to end up doing some smart things with the Industrial Park, and that will be able to replace all the jobs from the plant closing—and more, too,” he said.

Meanwhile, clean energy advocates hope that projects like Tono Solar could serve as a blueprint for similar initiatives. They say there’s a good chance that other former industrial sites requiring reclamation—with transmission infrastructure already in place—may be out there as well. “There are lots of places in the Rust Belt of our country, not just coal mines,” Long said, noting their uses could be rethought, from former industrial sites to farmland degraded with heavily salted soils. All these are candidates for renewable energy projects. 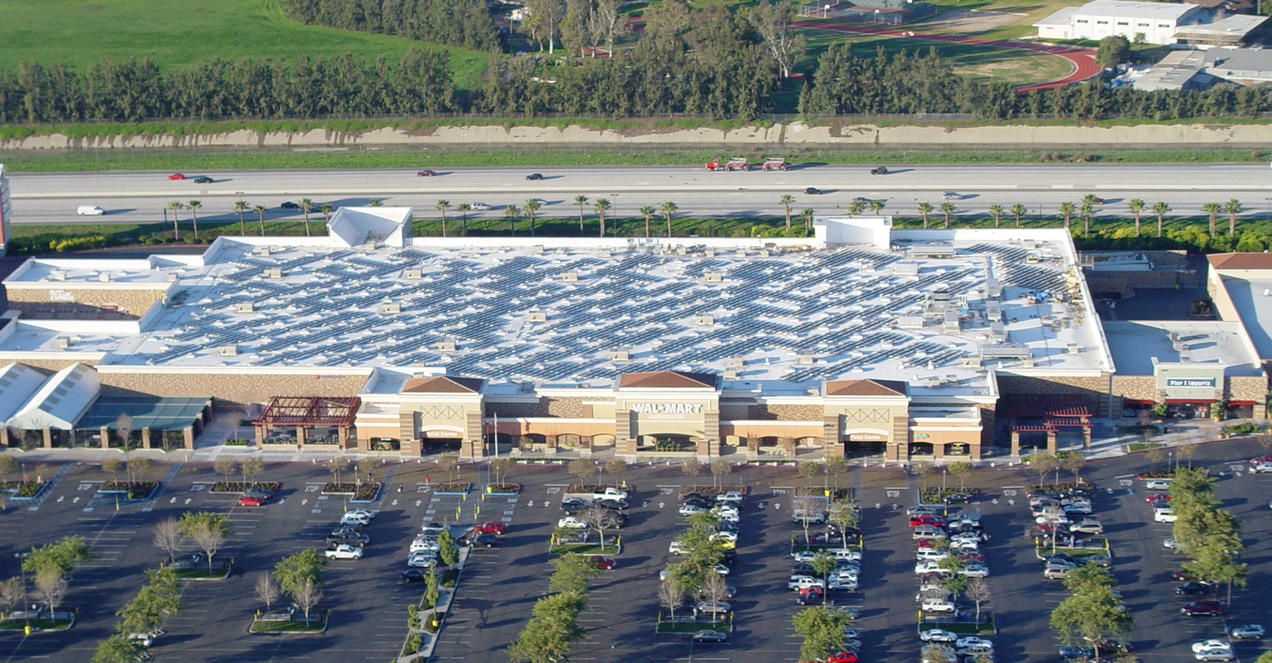 Of course, when it comes to solar, another advantage is that it’s scalable—you don’t need a huge plant to process sunlight, after all. Several smaller solar installations—in parking lots, for example, or even on big-box store rooftops, spread out over an area, could be combined together. It’s this flexibility that will be key to transitioning away from coal-fired power plants like the one in Centralia and toward clean energy sources like solar.

Already, one project is transforming a former mine site in eastern Kentucky—where coal production has plummeted in the past decade. And with more than six million acres of abandoned mine land in the U.S., according to the Office of Surface Mining Reclamation and Enforcement, that leaves lots of room for innovative newcomers like Tono Solar, the nearby Skookumchuck Wind project—or maybe even for the battery-manufacturing plant that Bob Guenther is angling for in the heart of Washington state.