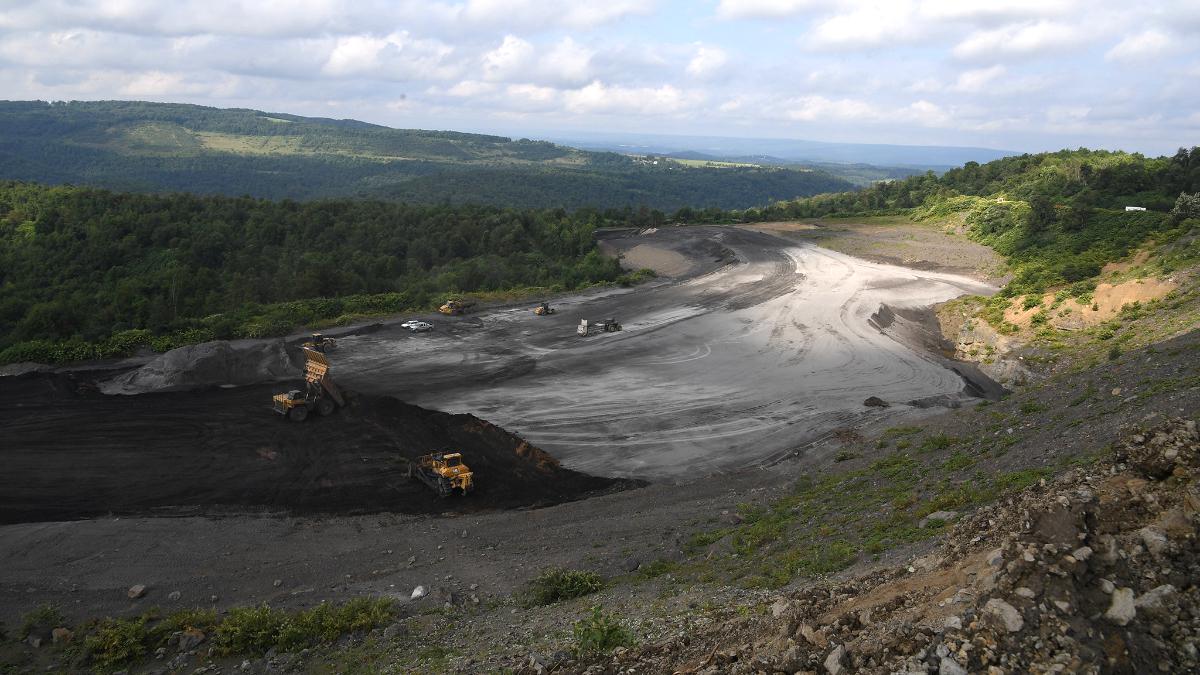 The Ehrenfeld Abandoned Mine Reclamation Project is the first of dozens of similar reclamation initiatives under the Abandoned Mine Lands Economic Revitalization Pilot Program. U.S. Dept. of the Interior

Mined lands reclaimed for biking trails, office parks — even a winery. Efforts like these are already underway in Appalachia to reclaim the region’s toxic history, restore blighted lands, and create economic opportunities in areas where decades-old mines haven’t been properly cleaned up.

The projects are sorely needed. And so are many more. But the money to fund and enable them remains elusive.

Mining production is falling, which is good news for tackling climate change and air pollution, but Appalachia and other coal states are also feeling the economic pain that comes with it. And that loss is more acute on top of pandemic-related revenue shortfalls and the mounting bills from the industry’s environmental degradation.

Local leaders and organizations working in coal communities see a way to flip the script, though. The Revelator spoke with Rebecca Shelton, the director of policy and organizing for Appalachian Citizens’ Law Center in Kentucky, about efforts focusing on one particular area that’s plagued coal communities for more than 50 years: cleaning up abandoned mine lands.

Shelton explains the history behind these lands, the big legislative opportunities developing in Washington, and what coal communities need to prepare for a low-carbon future.

What are abandoned mine lands?

Technically an abandoned mine land is land where no reclamation was done after mining. Prior to the passage of Surface Mining Control and Reclamation Act in 1977, coal-mining companies weren’t required to reclaim — or clean up — the land they mined.

What SMCRA did, in addition to creating requirements for companies to do reclamation into the future, was create an abandoned mine land fund to distribute money to states and tribes with historic mining so that they could clean up those old sites. The revenue for that fund comes from a small tax on current coal production.

The program has accomplished a lot. It has closed 46,000 open mine portals, reclaimed more than 1,000 miles of high walls, stabilized slopes, and restored a lot of water supplies.

It’s been a successful program, but the work is far from done. A conservative estimate is that there’s still more than billion needed to clean up existing identified liability across the U.S. [for sites mined before 1977].

What are the risks if we don’t do this?

There are safety, health and environmental issues.

Just this spring we’ve already gotten calls from folks living adjacent to abandoned mine lands that are experiencing slides [from wet weather causing slopes destabilized by mining to give way]. People’s homes can be completely destabilized, and if they don’t get out in time, it can be really dangerous.

There’s also a lot of existing acid mine drainage across coal-mining communities, which is water that’s leaking iron oxides and other heavy metals from these abandoned mine lands. This is bad for the ecology of the streams, but heavy metals are also not safe for humans to be exposed to. 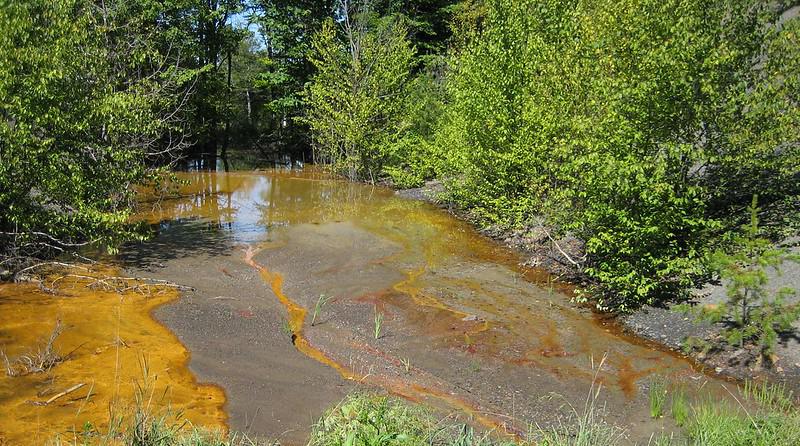 Acid mine drainage in a stream. Rachel Brennan / CC BY-NC 2.0

There’s legislation in Congress now that could help deal with this issue. What are those bills?

One bill is the reauthorization of the abandoned mine land fund. That bill is absolutely critical because the fee on coal production, which is the only source of revenue for the fund, will expire at the end of September if Congress doesn’t take action.

If Congress fails to extend that, we may not see any more funding for the billion needed to clean up abandoned mine lands. If passed, the bill would reauthorize the fee at its current level for 15 more years.

The challenge is that even if the fee is reauthorized, it’ll likely generate only around .6 billion — based on current coal-production projections — and that’s vastly inadequate to cover all of the liabilities that exist.

Also, when the abandoned mine land fund was first started, there were some funds that were not redistributed to states and tribes and have just remained in the fund — [about] .5 billion that’s not being dispersed on an annual basis.

So another bill, the RECLAIM Act, would authorize [an initial] billion to be dispersed out of that fund that would go to approximately 20 states and tribes over the next five years. This money would be distributed differently than the regular funds in that any kind of project would have to have a plan in place for community and economic development.

So though the funds can only be used for reclamation, they need to be reclamation with a plan. There are so many high-priority and dangerous abandoned mine land sites that exist, and the RECLAIM Act funds would prioritize supporting community and economic development for communities adjacent to these lands.

How much support are you seeing for these bills?

We see momentum in this Congress, and there’s a lot of conversation around investing in our nation’s infrastructure. We see abandoned mine lands and their remediation as natural infrastructure that we need to invest in to keep our communities safe and prepare them for the future.

But we also see these bills as important pieces of an economic recovery package. COVID-19 has really exacerbated so many of the existing health and economic crises already in coal communities.

When we talk about economic stimulus and job creation, we also see reauthorizing the abandoned mine land fund as contributing to that because it takes a lot of work and creates a lot of jobs to do land reclamation. 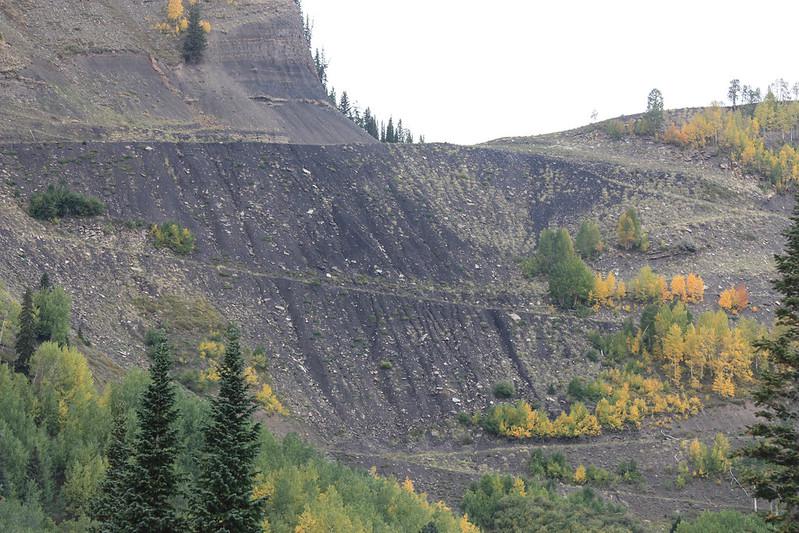 We’ve talked about the legacy issues from lands mined before 1977, but what concerns are there from current or recent mining? Is that reclamation being done adequately?

That’s an area that also needs a closer look.

As the industry declines, we’ve seen coal companies file for Chapter 11 bankruptcy or reorganization. And when they do this, oftentimes they’re granted permission to get rid of liabilities that would affect their solvency. Sometimes those liabilities are reclamation obligations, pension funds or black lung disability funds.

And then what you see is smaller companies taking on these permits that the reorganizing company no longer wants. But many are under-capitalized and they sometimes don’t have the ability to even produce coal, or if they do they can’t keep up with the reclamation. And it’s dangerous for communities if there’s environmental violations that aren’t getting addressed.

I’ll give you a recent example. Blackjewel [the sixth-largest U.S. coal producer] went bankrupt in the summer of 2019. Since then there’s been very little done to address any kind of environmental violations existing on their permits.

Because of SMCRA, companies are required to have bonds in order to obtain their mining permits, but these bonds are not always adequate. The Kentucky Energy and Environment cabinet made a statement in the Blackjewel bankruptcy proceedings that it estimated that reclamation obligations on these permits were going to fall short to million.

What else is needed to help coal communities transition to a low-carbon economy?

That’s a big question. We have to address these legacy issues in order to help transition these communities into the future. And we have to address the problems right now of folks who are losing their jobs and need to be supported through training programs or through education credits.

But we also need to be thinking about the future more broadly. What will be in place 20 years from now for the younger generation?

There’s going to be a lot of gaps in local tax revenues because so much of the tax base has been reliant on the coal industry, which makes it really difficult for communities to continue to provide public services and keep up infrastructure as that industry declines. It’s going to be critical to think about that and invest in that.

I think the best approach is to find solutions that work for [specific] places. And to do that we need to listen to community leaders and folks in these communities that have already been working to build something new for many years. There are solutions that I think can apply to all places, but there also needs to be a targeted intention to create opportunities where communities can develop their own paths forward.