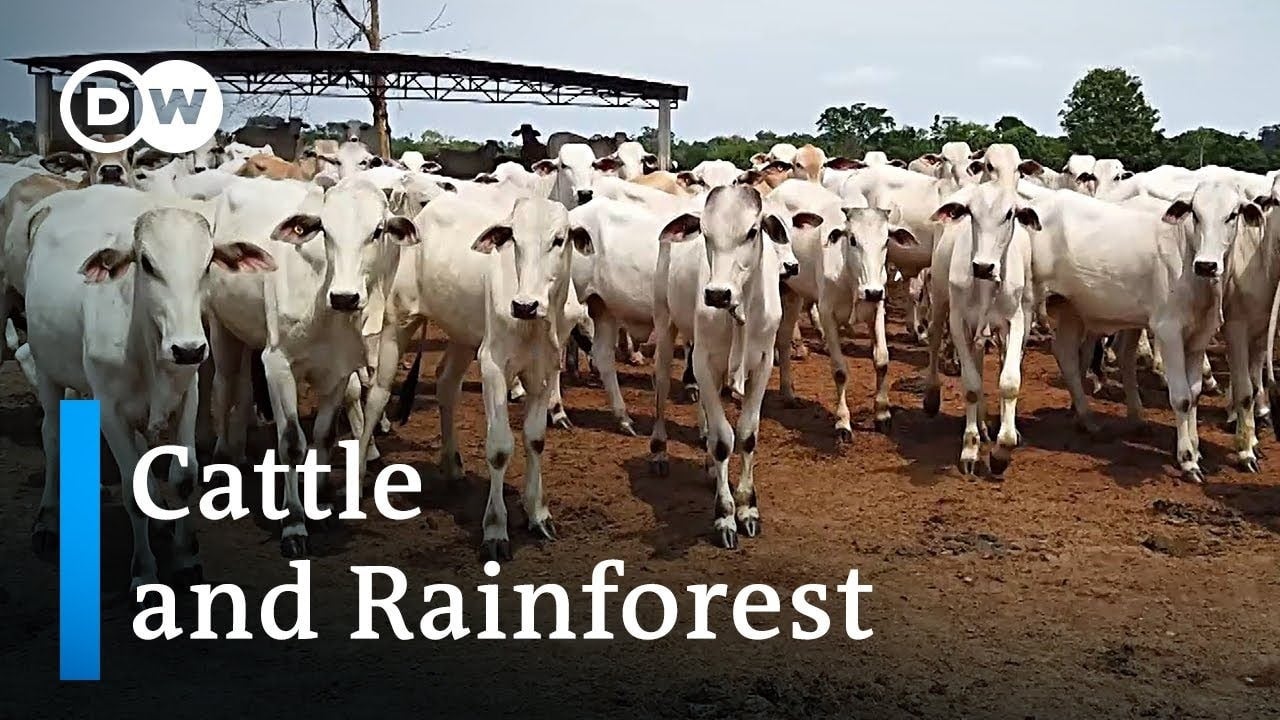 “I don’t want my money going to the destruction of the planet … just so that I can have a creamy coffee in the morning!” wrote sustainability influencer Laura Young in Instagram and Twitter posts that were shared thousands of times.

They criticized Oatly for enabling Blackstone — an investment firm managing 4 billion (€478 billion) in assets — to greenwash climate-damaging investments. “Learn how we’re backing sustainable, plant-based alternatives to dairy with our investment in @oatly,” Blackstone wrote on its Instagram page.

The social media spat between a corporate giant, a “woke” food brand and disenchanted customers is part of a wider debate about the role of capital in fighting climate change. It has grown more significant in the food sector as investors start to divest from the highly polluting meat and dairy industries, and consumers look for sustainable alternatives.

Meat production is the biggest driver of tropical deforestation. Driven by demand for foods like burgers and milk, rainforests are burned to create land for cattle ranches, and to grow soy that is then mostly fed to livestock.

Blackstone, which has invested billions of dollars in the fossil fuel sector, partly owns Hidrovias do Brasil, a Brazilian logistics company that was linked to deforestation in the Amazon rainforest by U.S. news organization The Intercept last year. A spokesperson for Blackstone told DW the deforestation claims were “completely false and wholly fabricated.”

Blackstone CEO Stephen Schwarzman is a major donor to U.S. President Donald Trump, a climate-science denier who has rolled back environmental regulations and brought the U.S. out of the 2015 Paris Agreement on climate change.

Pressured by customers, campaigners and policymakers, some food companies are starting to assess their own ecological footprints.

In 2018, McDonald’s pledged to clean its supply chains and cut its emissions. In July, Brazilian food processing giant Marfrig said it would remove deforestation from its production chain by the end of the decade.

Then, in September, JBS, the world’s biggest meat-processing company, said it would monitor its entire supply chain to cut out deforestation by 2025. Its announcement came two months after investor Nordea Asset Management said it would divest holdings of about €40 million in the company because of a lack of engagement on environmental issues.

Last year, after fires devastated the Amazon rainforest, a group of 251 investors called for a reduction in deforestation, identifying its environmental impacts as “systemic risks” to their portfolios.

Biodiversity and climate change matter to agricultural markets at risk of extreme weather and environmentally conscious consumers, said Matt McLuckie, research director at Planet Tracker, a UK-based nonprofit that aims to redirect capital toward sustainable development. “The trends are not looking positive for these agricultural producers, particularly in the beef sector.”

The IPCC, the gold-standard on climate science, has said climate change could in part be slowed by switching to plant-based diets, particularly in richer countries. This is where oat milk comes in.

Oatly, the biggest player in the alternative milk industry, is valued at billion, and is considering an initial public offering that could push that up to billion, Bloomberg News reported in September. For a business whose core product is made by mixing two cheap and readily available ingredients — oats and water — the Swedish food company founded in the 1990s has seen incredible growth since entering the U.S. market four years ago.

While campaigners have spent years pressuring the financial world to take their money out of dirty investments like fossil fuel companies, little attention has been paid to finance in the agriculture sector, which is responsible for about a quarter of greenhouse gas emissions.

Shareholders are also typically the ones pressuring companies they own to improve their environmental record, and not the other way around.

The backlash against Oatly’s partnership with Blackstone is fascinating because it’s “looking through the other end of the telescope,” said Daniel Firger, managing director at climate finance consultancy Great Circle Capital Advisors. “The target of so many people’s anger here is Blackstone, a private equity group. And private equity, as compared to other parts of the financial markets, has not really had as much scrutiny.”

By accepting a 0 million investment from a group led by Blackstone and including U.S. talk-show host Oprah Winfrey, musician Jay-Z and actor Natalie Portman, Oatly said it was diverting capital to sustainable causes. The returns Blackstone makes from the investment could inspire other private equity firms to green their portfolios, it said in a statement justifying its decision.

Asked whether Oatly would set red lines on who could invest in it — for instance, fossil fuel companies — Allen said she wasn’t sure. “I haven’t been part of any discussions on that.”

Oatly is not the first ethical food brand to anger customers by accepting money from an investor with a poor environmental record. U.S. ice cream producer Ben and Jerry’s — which champions its commitment to social justice — was bought out in 2000 by Unilever, a global conglomerate that has come under fire from campaigners for deforestation and plastic pollution.

In recent years Unilever has begun to engage more with critics on environmental issues, threatening to sell off brands that do not contribute positively to society. But is still a major contributor to plastic pollution, for instance, responsible for more than 70,000 tons of plastic pollution a year, according to a report published in March by NGO Tearfund.

While it’s important for activists to draw attention to inconsistencies in investments, said Firger, the scale of the climate emergency means hundreds more companies like Oatly need to grow as fast as they possibly can. “I’m not one for purity tests. I feel like we don’t have time to waste.”