Climate Crisis Could Cause a Third of Plant and Animal Species to Disappear Within 50 Years: Study 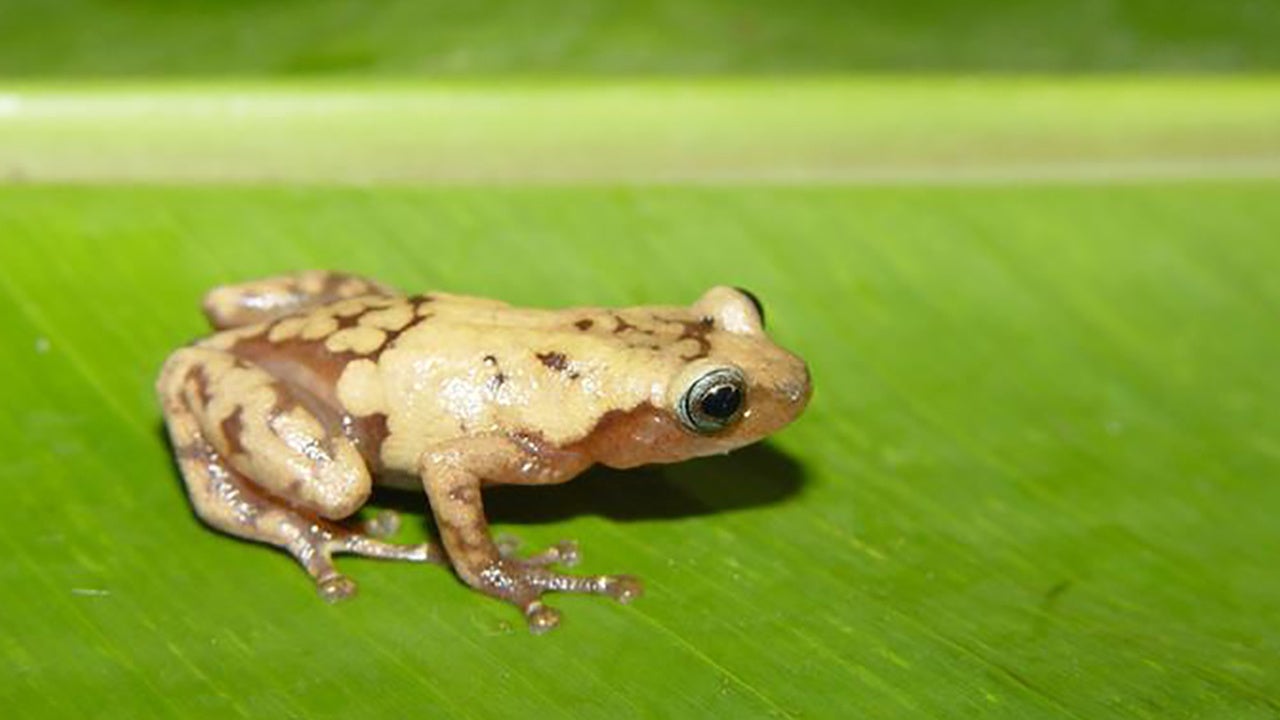 The common giant tree frog from Madagascar is one of many species impacted by recent climate change. John J. Wiens / EurekAlert!

The human-caused climate crisis could cause the extinction of 30 percent of the world’s plant and animal species by 2070, even accounting for species’ abilities to disperse and shift their niches to tolerate hotter temperatures, according to a study published this week in the journal Proceedings of the National Academy of Sciences.

University of Arizona researchers Cristian Román-Palacios and John J. Wiens analyzed data on 538 plant and animal species and 581 sites worldwide, focusing on species surveyed at the same locations over time, at least a decade apart. They found that 44 percent of the species had local extinctions at one or more sites.

“The study identified maximum annual temperatures — the hottest daily highs in summer — as the key variable that best explains whether a population will go extinct,” said a statement from the university. “Surprisingly, the researchers found that average yearly temperatures showed smaller changes at sites with local extinction, even though average temperatures are widely used as a proxy for overall climate change.”

As Wiens explained, “This means that using changes in mean annual temperatures to predict extinction from climate change might be positively misleading.”

Lead author Román-Palacios laid out their key findings in a series of tweets Thursday:

My latest is finally out in @PNASNews! We examined how populations of 538 species have responded contemporaneous climate change. We asked whether previous responses are enough for species to avoid climate-related extinction by 2070https://t.co/llrkEU0Ody

“By analyzing the change in 19 climatic variables at each site, we could determine which variables drive local extinctions and how much change a population can tolerate without going extinct,” Román-Palacios said in the statement. “We also estimated how quickly populations can move to try and escape rising temperatures. When we put all of these pieces of information together for each species, we can come up with detailed estimates of global extinction rates for hundreds of plant and animal species.”

(3/n) Based on species’ past responses to contemporaneous climate change and projected temperatures by 2070, we estimate:
*57-70% of species would not be able to disperse quickly enough to avoid climate-related extinction
*<30% of species may avoid extinction by shifting niches pic.twitter.com/euFHfxBmLG

The university statement noted that “previous studies have focused on dispersal — or migration to cooler habitats — as a means for species to ‘escape’ from warming climates. However, the authors of the current study found that most species will not be able to disperse quickly enough to avoid extinction, based on their past rates of movement.”

“Given dispersal alone, many of these species (∼57–70%) may face extinction. However, niche shifts can potentially reduce this to only 30% or less,” according to the study. Considering both dispersal and niche shifts, the researchers projected that 16–30% of the 538 studied species could disappear within the next 50 years.

(5/5) There's a ton of work behind this paper, some frustration, but also lots of excitement! Thanks to everyone who has contributed to this paper by providing advice or support (etc)!!#CienciaCriolla #LatinxsInStem #BlacksInStem

“In a way, it’s a ‘choose your own adventure,'” said Wiens. “If we stick to the Paris agreement to combat climate change, we may lose fewer than two out of every 10 plant and animal species on Earth by 2070. But if humans cause larger temperature increases, we could lose more than a third or even half of all animal and plant species, based on our results.”

Some scientists and climate advocacy groups have long criticized the landmark 2015 Paris accord as too weak to adequately address the planetary emergency — and, as Common Dreams reported in December 2019, the latest global negotiations about implementing the agreement were denounced as an “utter failure.” At the time, nearly 100 civil society groups called out polluting industries and wealthy countries for “throwing gasoline on the fire of the climate crisis.”

Ahead of the COP 25, U.S. President Donald Trump delivered on his promise to ditch the Paris agreement by beginning the one-year withdrawal process in November 2019. Climate experts and activists condemned the move as “irresponsible and shortsighted” but also looked ahead to the November 2020 election and emphasized that the next president could recommit the U.S. to the accord and fight for even more ambitious action on a global scale.

The new study comes as young people take to the streets worldwide to demand bolder climate policies, experts warn that the climate crisis is an “existential danger,” and scientists contribute to the growing body of research showing how global heating is expected to affect species and the environment. One of those studies, published last week, found that the rate at which bumblebees are declining due to extreme heat is “consistent with a mass extinction.”