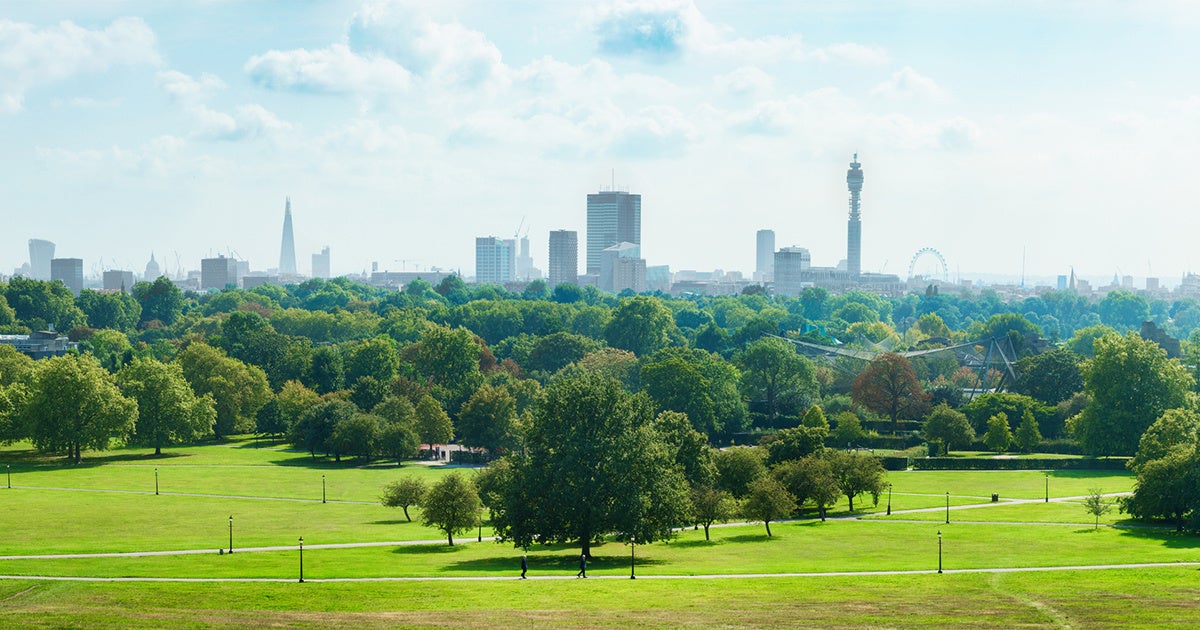 Planting more than 500 billion trees could remove around 25 percent of existing carbon from the atmosphere, a new study has found. What’s more: there’s enough space to do it.

The study, published in Science Friday, set out to assess how much new forest the earth could support without encroaching on farmland or urban areas and came up with a figure of 0.9 billion hectares, an area roughly the size of the U.S., BBC News reported. That makes reforestation “the most effective solution” for mitigating the climate crisis, the researchers concluded.

“Our study shows clearly that forest restoration is the best climate change solution available today and it provides hard evidence to justify investment,” senior study author and ETH-Zürich Professor Tom Crowther said, as BBC News reported. “If we act now, this could cut carbon dioxide in the atmosphere by up to 25 percent, to levels last seen almost a century ago.”

The new trees would remove around 200 gigatonnes of carbon, or two thirds of what humans have pumped into the atmosphere since the industrial revolution.

However, the researchers emphasized that tree planting was not a replacement for reducing greenhouse gas emissions or phasing out the use of fossil fuels.

“None of this works without emissions cuts,” Crowther told Time.

Even if tree planting began today, it would take 50 to 100 years for the new trees to soak up those 200 gigatonnes of carbon, he told The Guardian. And, as National Geographic pointed out, the researchers found that potential tree-planting land could shrink by one-fifth by 2050 even if global temperature rise is limited to 1.5 degrees Celsius above pre-industrial levels, as some tropical areas could grow too hot to support forests.

Even so, Crowther said tree planting was an important means of immediate climate action.

It’s “a climate change solution that doesn’t require President Trump to immediately start believing in climate change, or scientists to come up with technological solutions to draw carbon dioxide out of the atmosphere,” Crowther told The Guardian. “It is available now, it is the cheapest one possible and every one of us can get involved.”

“We now have definitive evidence of the potential land area for re-growing forests, where they could exist and how much carbon they could store,” Castro said, as The Guardian reported.

To reach their conclusions, the researchers first looked at around 80,000 satellite photographs of protected forest areas around the world to assess the tree cover in each. They then used Google Earth Engine mapping software to develop a model for predicting where new trees could grow, National Geographic explained. They found that more than half of the world’s reforestation potential was located in six countries: China, the U.S., Russia, Australia, Canada and Brazil.

However, trends are moving in the opposite direction in Brazil, where deforestation is on the rise under the right-wing government of President Jair Bolsonaro. Recent satellite images show that a football-field-sized swath of the Amazon is being lost every minute, according to National Geographic.

Bolsonaro has also been hostile to the rights of indigenous communities to the forest. But such rights are essential for conservation: deforestation rates are much lower in forests that recognize indigenous claims.

“We have served as guardians of these lands for generations … We also understand how to restore them to health,” Joan Carling, a member of the Kankanaey tribe in the Philippines and co-convener of the Indigenous Peoples Major Group for Sustainable Development, told National Geographic by email. “With the security of our lands and resources, we can prevent destructive logging, mining, agri-business, and other projects from occurring in our territories.”

Political realities are why some scientists criticized the optimism of Crowther’s findings.

“Planting trees to soak up two-thirds of the entire anthropogenic carbon burden to date sounds too good to be true. Probably because it is,” University of Reading professor Martin Lukac told BBC News. “This far, humans have enhanced forest cover on a large scale only by shrinking their population size (Russia), increasing productivity of industrial agriculture (the West) or by direct order of an autocratic government (China). None of these activities look remotely feasible or sustainable at global scale.”

University College London professor Simon Lewis, meanwhile, said that the amount of carbon the study said trees would absorb was too high. He said the study had not accounted for the carbon already in the soil before trees were planted or the hundreds of years it would take for the trees to achieve their full storage potential, The Guardian reported.