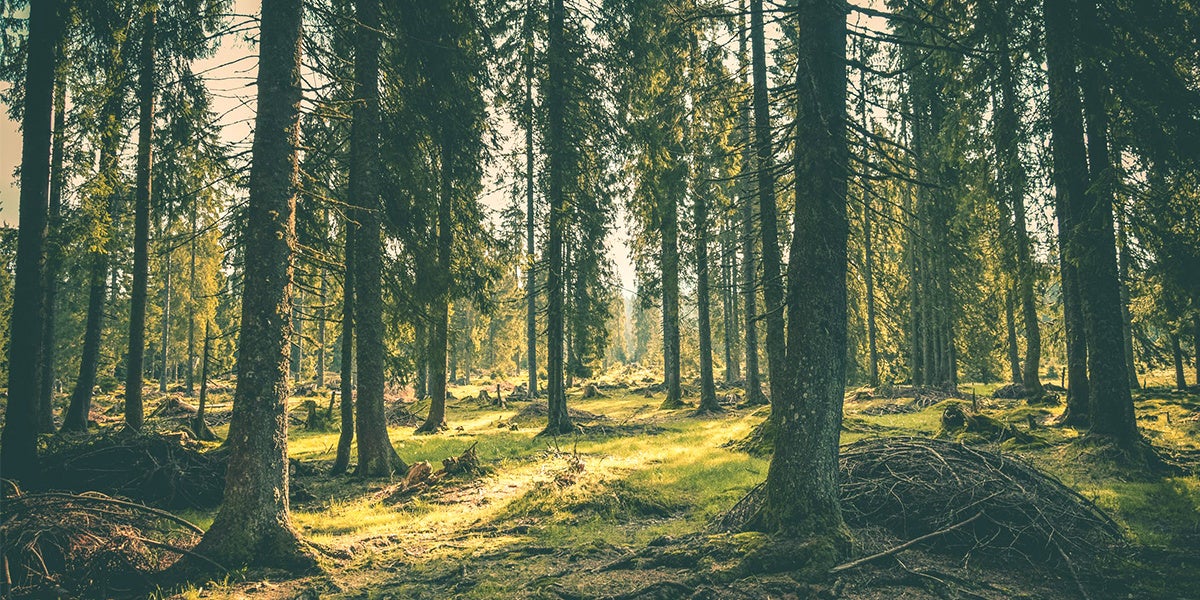 Trump Forest was launched just under a year ago after POTUS announced he was pulling the U.S. from the Paris agreement.

“Thanks to you guys, you’ve pledged more than a million trees all over the world to try and offset that ignorance,” Adrien Taylor, one of the three founders of the project, said in a video message announcing the milestone. “In doing so, you’ve not only offset some of the carbon emissions that have come out of the Trump administration, you’ve also helped reforest communities, and you’ve helped create a small silver lining in the very dark cloud of ignorance which is in the White House.”

Just 11 months ago, we launched an effort to offset @realDonaldTrump's #climatechange ignorance. Today, we're amazed to say that we've had more than 1 million trees pledged around the world! pic.twitter.com/DwIg7A0KEj

The idea behind the effort is simple. “US President Donald Trump doesn’t believe in the science of human-caused climate change. He wants to ignore one of the greatest threats to healthy life on Earth,” the project website states.

“Trump wants to bring back coal despite scientists telling us we cannot afford to burn it, and despite economists telling us there’s more money to be made and more jobs available in renewable energy,” the statement continues. “So we’re planting a forest to soak up the extra greenhouse gases Trump plans to put into our atmosphere. We’re planting a global forest to offset Trump’s monumental stupidity.”

The forest does not have a single, physical location. Rather, anyone who wants to participate in the project can plant trees anywhere around the world in Trump’s name. Once that’s done, you send the group a receipt so the contribution is added to the global Trump Forest map. You can also directly donate to Trump Forest partner Eden Reforestation Projects, a non-profit that works in developing countries to rebuild natural landscapes destroyed by deforestation.

The organizers’ goal is to plant 10 billion trees—an area roughly the size of Kentucky—to make up for the carbon dioxide that would be released into the atmosphere should the Trump administration continue to roll back environmental regulations and push for fossil fuels.

“One million trees is only the beginning,” co-founder Dr. Dan Price, a British climate scientist, said.

“Despite new evidence of the chaos of climate change everyday, Trump continues to use his position to exacerbate the problem and prop up the fossil fuel industry. We really look forward to making Earth great again.”

Thousands of people from all over the globe have stood up with us to say that the actions of the White House are not acceptable, and that the future of our planet means more than @realDonaldTrump's ignorance. So, from the three of us: thank you! pic.twitter.com/q0nMBc5s8v