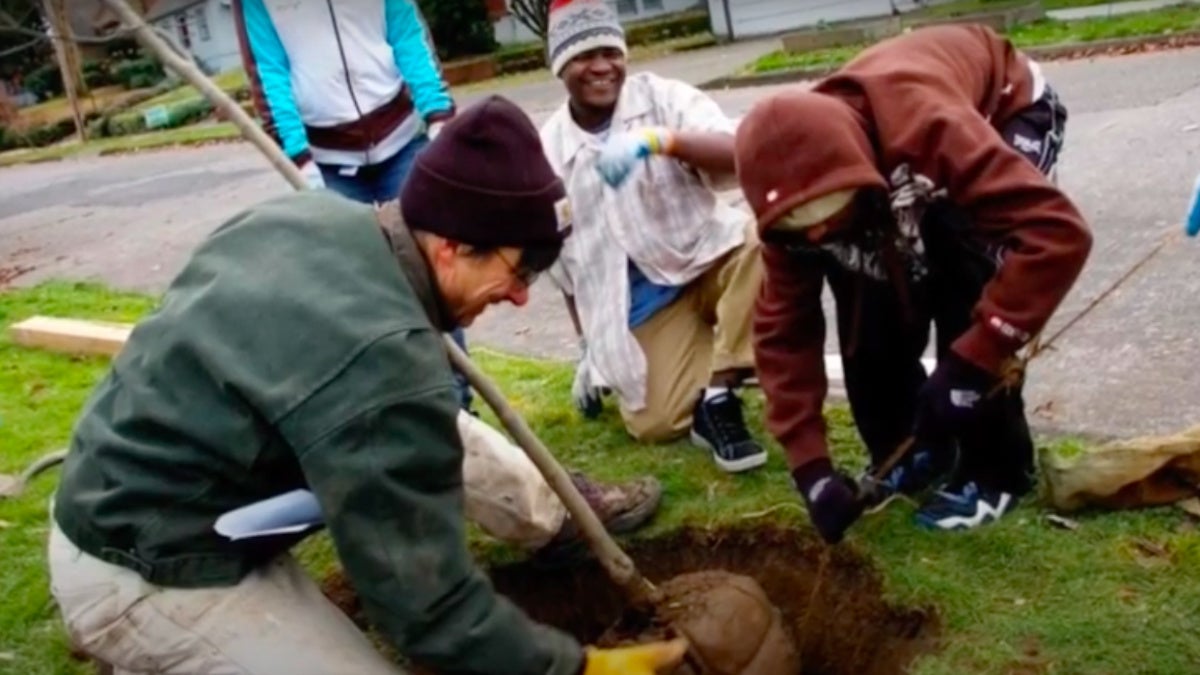 But low-income neighborhoods often have fewer trees than other areas, and reversing this inequity requires more than saplings and shovels.

Haley Miller of the Oregon-based nonprofit Friends of Trees says it takes community outreach and engagement.

For example, her group has been working in Portland’s Jade District.

“There’s a high percentage of Vietnamese, Cantonese, and Mandarin spoken in those neighborhoods,” Miller says. “So I think folks there have been skeptical of … having someone come to their door and speaking in English and telling them, ‘You need trees for these reasons.'”

So as part of an effort to increase the tree canopy in the Jade District, Friends of Trees hosts focus groups and conducts outreach in residents’ native languages.

Then they lead community events during which local residents help plant new trees in their neighborhoods.

“It brings people in the neighborhood together,” Miller says. “It brings some sort of sense of responsibility and excitement for the care of those trees and making sure they continue to thrive well into maturity.”

So those trees can provide environmental and health benefits for decades to come.