6 Things to Know About Climate Change and Heat Waves 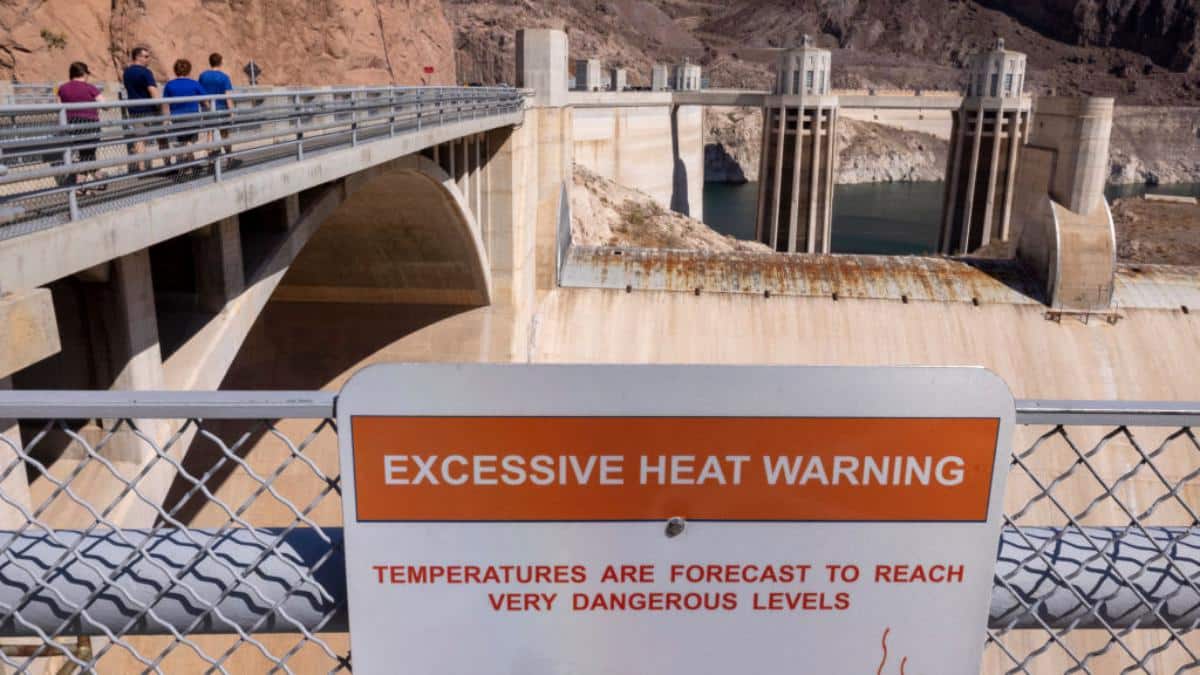 It’s hard not to think about how hot it’s been — even if you live somewhere that has escaped the heat in the past few weeks. When British Columbia clocks temperatures of 121° F, it gets the world’s attention. As it should.

Here are six reasons why we need to be paying more attention to heat waves.

Heatwaves may seem to lack the drama of other weather events with named storms and categorized wind speeds, but they’re actually the most deadly severe weather event.

Last week’s heat dome that locked the Pacific Northwest in a sweltering vice is an apt reminder. The prolonged stretch of record-high temperatures in British Columbia is estimated to have claimed around 300 lives. Another 76 deaths were reported in Washington and Oregon.

Across the world, things have been heating up — with deadly results. Between 1998 and 2017, heatwaves killed 166,000 people, the World Health Organization reports. That includes 70,000 who perished in Europe’s 2003 heatwave.

Not surprisingly, climate change is making things worse. An increase in global temperatures has resulted in a rise in the frequency of heatwaves. In the years to come, climate change is expected to also make heatwaves more severe and longer lasting.

As people pump up the air conditioning and stay indoors, that also puts increased pressure on the electrical grid. New research found that these extreme weather events are triggering more failures of critical infrastructure.

Power failures, for example, have jumped 60% since 2015. The combination of excessive heat and blackouts in major U.S. cities would have calamitous results. In Detroit, the researchers found in their modeling, that could mean 450,000 exposed to dangerous temperatures and a whopping 1.7 million in air conditioning-reliant Phoenix.

3. The Dangers of Humidity

The most recent deadly heatwave hit the arid West, increasing concerns about wildfires. 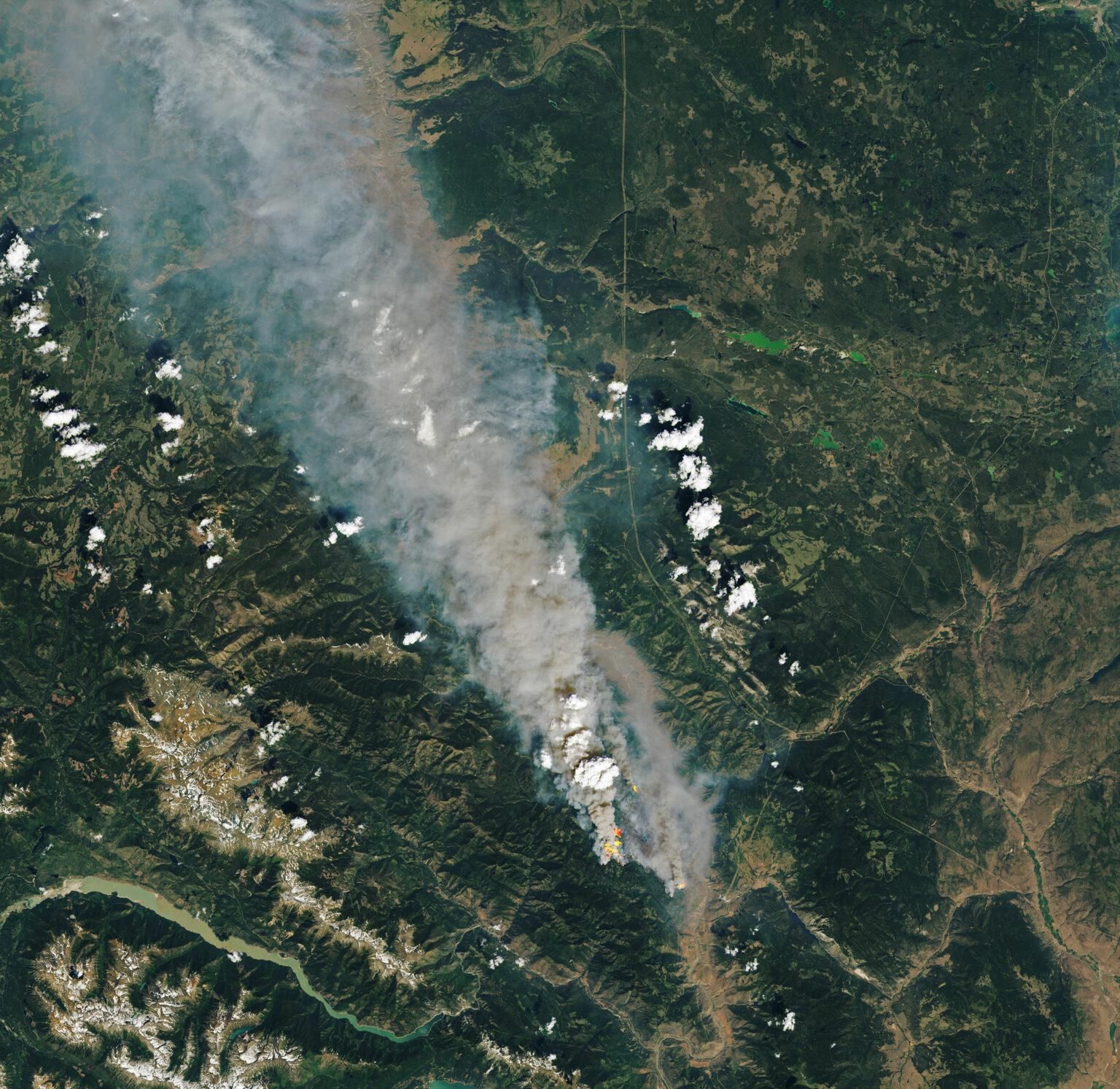 An aerial image of the McKay Creek fire in British Columbia acquired by the Operational Land Imager on Landsat 8 on June 30, 2021 during the region’s record-breaking heatwave. NASA

Our bodies sweat to help keep us cool. But when the relative humidity is too high that moisture from our skin can’t evaporate as well and we don’t cool down. Scientists have identified the related wet bulb temperature of 95° F as the upper limit of what we can tolerate when conditions are both hot and extremely humid.

By midcentury, models predict, climate change will make wet bulb temperatures near 95° F a reality. But new research shows that areas in South Asia, the coastal Middle East and the coastal southwest of North America are already hitting that critical point.

Not all people will face the same risks — even if they live in the same cities. Neighborhoods that lack tree canopy and green space, and have more road surfaces and large buildings, could be as much as 20° F hotter.

A 2020 study of 108 cities published in the journal Climate found that areas with higher temperatures are almost always the same neighborhoods that have experienced historic racist housing policies such as “redlining.”

“This study reveals that historical housing policies may, in fact, be directly responsible for disproportionate exposure to current heat events,” the researchers wrote. Another recent study in Nature Communications found that people of color have a higher risk than whites of high heat exposure in all but six of the largest 175 cities in the United States.

People aren’t the only ones feeling the heat. The Pacific Northwest’s recent heatwave also threatens cold-water-loving salmon. The Columbia and Snake rivers this year are seeing temperatures within two degrees of the “slaughter zone” that killed 250,000 sockeye in 2015, The Seattle Times reported.

The heatwave hit at the peak of the sockeye run, and also when spring and summer chinook and steelhead are migrating. Some fish are being pulled out of the river and trucked to hatcheries for spawning.

“We are crossing the line to temperatures that can be disastrous for fish,” Michele DeHart, manager of the Fish Passage Center, told The Seattle Times. “I would say the outlook is pretty grim.”

The hotter it gets, the more fortunate people who have air conditioning crank up the dial and the longer they’ll need to leave it running. In a fossil-fuel driven world, that means even more emissions that will continue heating the planet.

Already 10% of global electrical use is from people trying to stay cool with air conditioning and electric fans, according to the International Energy Agency. Expect that number to climb as temperatures get hotter and more people become able to afford A/C.

The International Energy Agency reports that over the next 30 years, air conditioning may be one of the top drivers of electricity demand. “Without action to address energy efficiency, energy demand for space cooling will more than triple by 2050 — consuming as much electricity as all of China and India today,” the agency reports.

That makes the need for high-efficiency cooling extremely vital. Not to mention more widespread use of renewable energy and, of course, drastically curbing climate emissions.