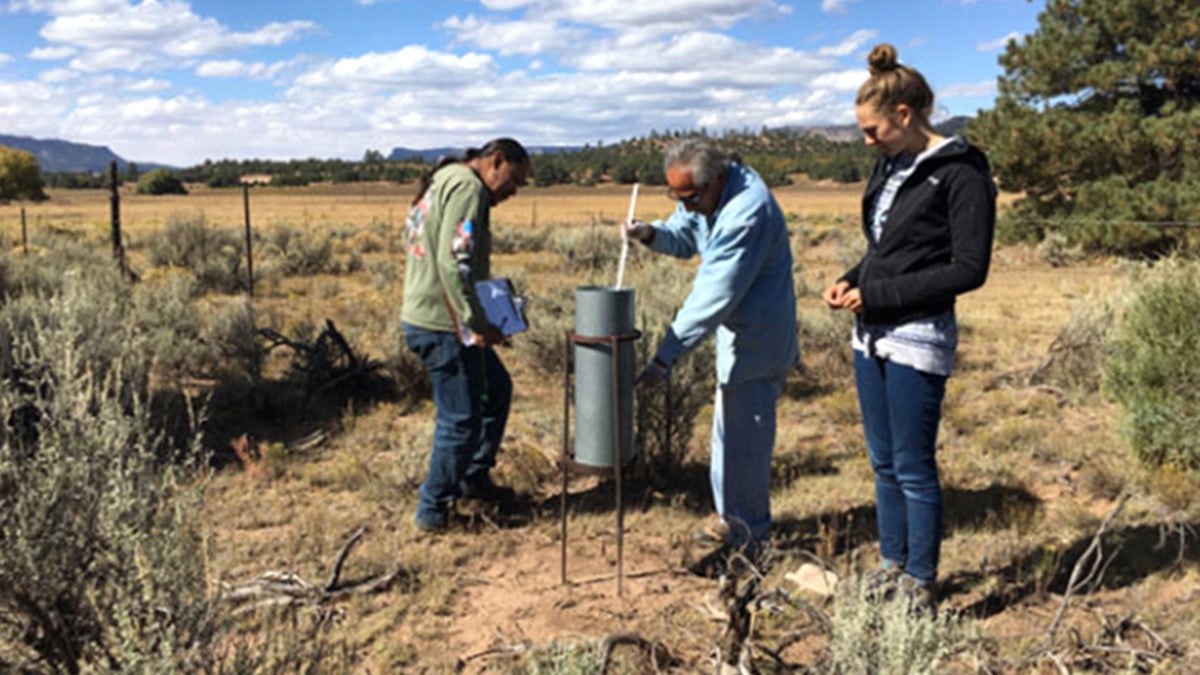 The Navajo Nation has suffered from limited freshwater resources as a result of climate, insufficient infrastructure, and contamination. They collaborated with NASA to develop the Drought Severity Evaluation Tool. NASA Goddard Space Flight Center

Native Americans are disproportionately without access to clean water, according to a new report, “Closing the Water Access Gap in the United States: A National Action Plan,” to be released this afternoon, which shows that more than two million Americans do not have access to running water, indoor plumbing or wastewater services.

The report is the result of a collaboration from two national non-profit groups, DigDeep and the US Water Alliance. It found that 58 out of every 1,000 Native American households lack plumbing, compared with three out of every 1,000 white people.

The report noted that an estimated 30 percent of people on the Navajo Nation lack access to running water and must haul water, but local officials report that the actual number may be even higher.

“We knew the problem was much bigger, but when we went out to look at the data, it didn’t exist,” said George McGraw, the founder of DigDeep, a nonprofit that has helped build water systems on the Navajo Nation, as NPR reported.

The paper found that many people in the Navajo Nation around Utah, Colorado, Arizona and New Mexico had to drive more than 40 miles every few days just to haul home water for drinking, cooking and bathing. That’s some of the better access.

Some Navajo residents drive four or five hours just to fill metal barrels. One study participant spends over 0 month in gas just to fetch water. In Red Mesa, Arizona, residents told researchers that the groundwater supplies are so low in some areas that they have to visit four or five locations to collect the water they need. Female elders reported stockpiling water for emergencies and for the winter, when freezing temperatures make hauling water difficult, according to the report.

The paper noted that many study participants in the Navajo Nation in the Southwest have under 10 gallons of water at home at any given time. Many use as little as two or three gallons per day, which stands in stark contrast to the 88 gallons per day used by the average American, according to the report. That minimal water use means people in the Navajo nation have to make difficult choices between hygiene and water needed for food.

“It’s hard to imagine that in America today, people are living without basics like safe and reliable water service,” said Radhika Fox, CEO, US Water Alliance in a press release.

NPR profiled Darlene Yazzie, an elderly woman who is a member of the Navajo nation. She needs to fill two 50-gallon barrels with water and then drive to a windmill to fetch water for her sheep. The water from the windmill is not fit for human consumption since it has unhealthy levels of arsenic and uranium.

“A lot of people died of cancer around here,” Yazzie said to NPR. “I noticed that more are being diagnosed. I’m pretty sure it’s because of the environment and the water.”

The new report and the U.S. Environmental Protection Agency (EPA) have both confirmed her hunch. The ground water in the Four Corners area is contaminated by 521 abandoned uranium mines. When uranium mining was at its peak in the 1990s, gastric cancer rates in the area doubled, according to the new paper, as NPR reported. The EPA says that unregulated drinking water sources are the greatest public health risk to the Navajo Nation, according to NPR.

The report noted that Navajo tribe members are two to four times more likely to have type 2 diabetes than white people. One of the reasons is that sugar-heavy drinks are more readily available than clean water.