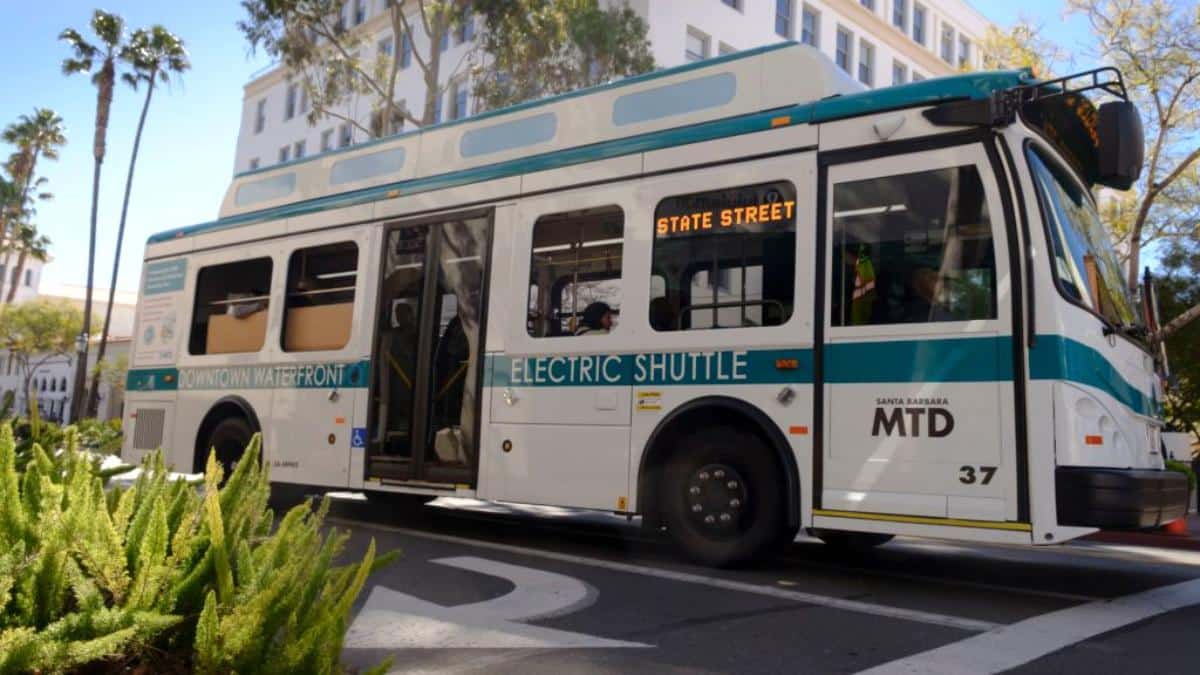 “Today, there are approximately 70,000 mass transit buses and 85,000 cutaway vehicles and transit vans in America. Approximately 2% of those buses are zero-emission vehicles,” according to a summary document from the senators. “The federal government can and should be in the business of aiding transit agencies in shifting their bus fleets to zero emissions.”

The Clean Transit for America Plan from Schumer (D-N.Y.) and Brown (D-Ohio) is intended to not only combat the climate emergency and improve air quality with zero-emission fleets, but also establish a workforce training program that will create well-paying union jobs. Schumer said he intends to ensure it is included in the American Jobs Plan, part of President Joe Biden’s recently introduced infrastructure proposal.

“To reduce the carbon in our atmosphere and address the climate crisis, we must transform our transit system,” declared the Senate majority leader. “The Clean Transit for America proposal will replace dirty, diesel-spewing buses, create new American jobs, help save the planet, and protect public health, particularly in our country’s most vulnerable communities.”

Brown asserted that “Americans deserve world-class public transportation that is delivered with modern, zero-emission buses built by American workers,” and their plan “is the kind of transformative investment we need in public transit that will put Americans to work, connects people with opportunity, and invests in the communities that have been left on their own by Washington and Wall Street for too long.”

I'll work with President Biden to include it in the #AmericanJobsPlan

“Transit is the very fabric of our communities: It’s what keeps us connected, brings us to and from school and work every day, allows us to buy groceries, receive medical care, and enjoy parks,” said Lauren Maunus, advocacy director of the youth-led Sunrise Movement — also a key supporter of the Green New Deal Resolution that calls for a 10-year mobilization ensuring “a fair and just transition for all communities and workers.”

“If we’re going to beat the climate clock and stop polluting toxic fumes into our neighborhoods, we must swiftly transform every aspect of our current transportation system to reach zero emissions,” Maunus said Tuesday, welcoming the plan to electrify the nation’s bus fleet as “a key step towards fully transitioning our transit systems, while strengthening services vital to the health of our communities.”

Katherine Garcia, acting director of Sierra Club’s Clean Transportation for All Campaign, said the plan “means healthier communities and a healthier economy,” while Stephanie Gidigbi Jenkins, a director for policy and partnerships at the Natural Resources Defense Council, called the proposal “big and bold” and urged Congress to enact it “as soon as possible.”

Advocates at the Environmental Defense Fund, GreenLatinos, the League of Conservation Voters, Moms Clean Air Force, and the Union of Concerned Scientists also applauded the proposal. Several campaigners noted that the plan will, as Garcia put it, “prioritize communities with the worst air quality to address decades of inequitable transportation policy.”

The Clean Transit for America plan to shift to 100% electric buses means healthier communities and a healthier economy.

“Transitioning to 100% zero-emission buses is an essential infrastructure and environmental justice priority,” said Marcela Mulholland, political director at Data for Progress. “By moving our public transit systems to zero-emission fleets, the Clean Transit for America bill sets us on a path toward a world free from climate chaos and a country where there is clean air and quality public transit in every neighborhood.”

The proposal was also praised by the president of the American Public Transportation Association as well as organized labor leaders including John Costa of the Amalgamated Transit Union, Lonnie R. Stephenson of the International Brotherhood of Electrical Workers, and John Samuelsen of Transport Workers Union.

“By ensuring that frontline transit workers gain the skills and training necessary to run the public transportation systems of the future, paired with a guarantee that no workers will be displaced by their proposal,” said Greg Regan, president of the AFL-CIO’s Transportation Trades Department, ” Sens. Schumer and Brown send a strong message that, when policy is shaped correctly, workers and the communities they live in can both benefit from technological change.”