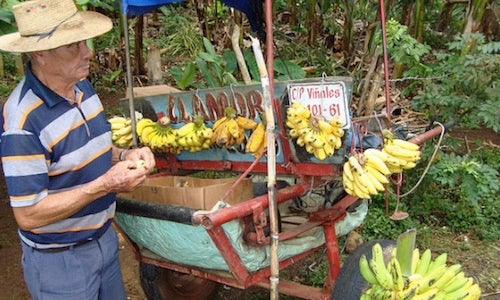 The evolving relationship between the U.S. and Cuba could open up new avenues for the booming organic market in the states. 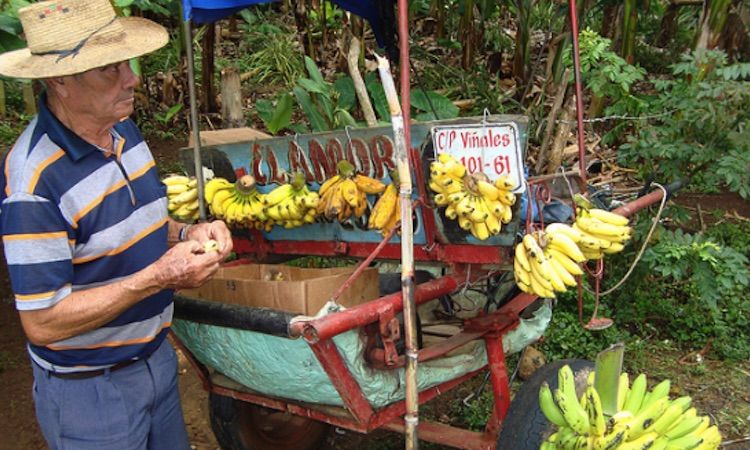 American organic food producers and advocates, including the CEO of the Organic Trade Association and executives from Honest Tea, Stonyfield Farm and Global Organics, will be traveling to Cuba in May to take a closer look at the country’s unique, pesticide-free agricultural system and developing Cuba’s organic industry for export, POLITICO reported.

The five-day trip is sponsored by the Center for Democracy in the Americas, which promotes a U.S. policy toward Cuba based on engagement and recognition of Cuba’s sovereignty.

“We’re interested in getting a foot in the door,” Pingree, who is also an organic farmer, told the Portland Press Herald. “And making sure that they know there are opportunities there.” Pingree also noted that Cuba has successfully produced essentially organic food for the last 25 years.

Following the collapse of the Soviet Union, Cuba lost their main supplier of fuel, fertilizers and pesticides and was forced into its Peak Oil crisis. The country basically had to learn how to grow their own food out of necessity. In 1993, the Cuban government eliminated the majority of state-owned farms and turned them over to the workers instead. According to the United Nations Environment Programme:

“While ensuring national food security under a trade embargo, Cuba’s transition to organic agriculture has also had a positive impact on people’s livelihoods by guaranteeing a steady income for a significant proportion of the population. Moreover, the lack of pesticides for agricultural production is likely to have a positive long-term impact on Cubans’ wellbeing since such chemicals are often associated with various negative health implications such as certain forms of cancer.”

The story was captured in the 2006 film, The Power of Community, and the movement is largely viewed as a shining example of sustainable farming.

Agriculture Secretary Tom Vilsack is a proponent of Cuban exports to the U.S. if or when the trade embargo ends.

“I think they have an incredible opportunity in the future to be a major supplier of value-added organic products, simply because they have not utilized modern agricultural processes, have not used chemicals and pesticides and so forth that have been used in other parts of the world, including the U.S.,” Vilsack told Modern Farmer after his November visit to the island nation.

POLITICO reported that the move could be a win-win for both countries:

“U.S. food producers are already relying on imports from South America, Europe and Asia to keep up with Americans’ demand for organic produce, dairy, meat and packaged foods. Meanwhile, Cuban farmers have had to work their land without chemical fertilizers and pesticides since the early 1990s when the Soviet Union collapsed. If Congress lifted the Cuban embargo, they would have easy access to a market willing to pay top prices for their goods.”

U.S. organic food companies are hoping Cuba could be the answer to their supply woes. My story on @politico: https://t.co/LJ0PrWd7w4

Americans have an increasing appetite for naturally grown foods. Sales from organic farms across the country have boomed in recent years, with consumer spending up 72 percent since 2008, according to the U.S. Department of Agriculture’s 2014 Organic Survey.

POLITICO wrote that Cuba’s tropical climate is ideal for growing organic products that are in demand in the U.S. such as coffee, bananas and mangoes—which represent more than $600 million worth of imports to the U.S. in 2013 combined. Cuban farmers could also grow organic varieties of other high-demand crops for animal feed such as corn and soybeans, the report said.

Cuba’s worker-owned urban organic farms, known as organopónicos, churn out 90 percent of Cuba’s fruit and vegetables. However, the country’s agricultural system hasn’t covered all the bases and trade with the U.S. could prove beneficial. As an article in Sustainable Food Trust explained, the nation still needs to import significant quantities of staple items including meat and wheat.

“Ultimately,” the Trust concluded, “to get access to a more varied selection of commodities, trade with the U.S. could be the answer. Some observers have predicted that if the U.S. embargo is relaxed, sales of goods to Cuba could rise to as much as $6 billion a year.”