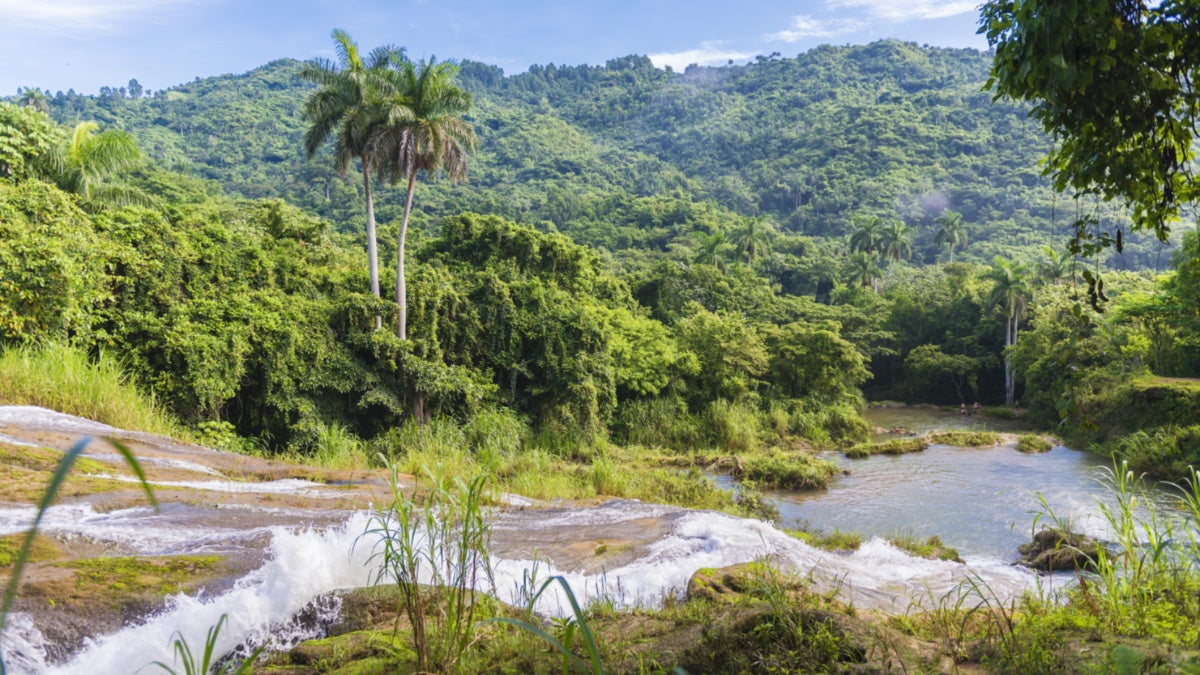 A recently published study found that Cuban rivers are cleaner than the Mississippi because of organic farming and conservation agriculture. Roberto Machado Noa / LightRocket / Getty Images

For most of the past 60 years, the United States and Cuba have had very limited diplomatic ties. President Barack Obama started the process of
normalizing U.S.-Cuba relations, but the Trump administration reversed this policy, sharply reducing interactions between the two countries.

Scientific cooperation is a bright spot in this difficult history. Since the 19th century, U.S. institutions like the Smithsonian and the National Academy of Sciences have worked with Cuban counterparts to understand topics such as vector-borne disease transmission. Although political friction has often made such partnerships challenging, many scientists on both sides believe their countries stand to gain by tackling health and environmental challenges together.

We are geoscientists who study how landscapes change through processes such as erosion. For the past two and a half years, we and our team of U.S. scientists have been working with Cuban geoscientists to understand the environmental and water quality effects of progressive agricultural policies in Cuba.

In a recently published study, we show that Cuban rivers are cleaner than the mighty Mississippi. Why? Because Cuban farmers practice organic farming and conservation agriculture to reduce soil erosion and nutrient loss. In sum, Cuba is doing a better job than the U.S. at keeping farming from hurting its rivers, and its results offer useful lessons.

A Test Case in Sustainable Farming

Cuban rivers run from the mountains to the ocean through cow-filled pastures, fields of sugar cane and rice paddies, forests, wetlands and mangroves. Along the way, groundwater seeps into river channels from below. When heavy thunderstorms strike, water pours off the land.

These flows carry soil and dissolved material into streams, which deliver this load to the coast. Cuba’s coastlines have abundant mangrove thickets, underwater seagrass beds and some of the Caribbean’s best-preserved coral reefs.

We became interested in teaming with Cuban scientists because of their nation’s country-wide experiment in organic agriculture dating back to the late 1980s. When the Soviet Union, Cuba’s former trading partner, broke apart, Cuban farmers lost access to fertilizers, pesticides and heavy equipment, and had to adopt a more ecologically based aproach. Could their experience provide a blueprint for more sustainable approaches to feeding the world?

We used the ResearchGate network to find Cuban collaborators. Supported by the U.S. National Science Foundation and the Centro de Estudios Ambientales de Cienfuegos, the research we are doing in Cuba builds on measurements we have done all over the world.

For this study we analyzed water samples from each of 25 rivers in central Cuba, looking for elements from across the periodic table and for bacteria. Our first results show that Cuba’s sustainable agricultural practices minimize the impact of agriculture on river water quality by reducing the amount of nitrogen fertilizer that washes off from fields into local waters.

Cuban farmers use about half as much fertilizer for each acre of farmland than their U.S. counterparts (3 versus 6 tons per square kilometer per year in 2016). As a result, rivers in central Cuba contain much lower concentrations of dissolved nitrogen than the Mississippi River, which drains more than 1 million square miles of America’s agricultural heartland. On average, the Cuban rivers we analyzed contained 0.76 milligrams of nitrogen per liter of water, compared to 1.3 milligrams per liter in the Mississippi River from 2012-2019.

American crop yields per acre are higher than Cuba’s, thanks partly to fertilizer use, but the trade-off is stark. Nutrients that pour off U.S. farm fields and flow down the Mississippi River create the Gulf of Mexico dead zone, a patch of ocean where oxygen levels are so low that almost no marine life survives. The dead zone forms every summer, fed by spring rainfall, and has covered an average of 6,000 square miles in recent years.

Cuba’s rivers do contain other pollutants. We found high levels of bacteria and sediment in most of the rivers we sampled. DNA analysis suggests that at least some of these bacteria were from the guts of cows. We saw many cows during our field work in central Cuba, and those animals had free access to local streams. Simple solutions, like fencing river banks, could greatly lower bacteria levels in surface waters.

We also found naturally high levels of calcium, sodium and magnesium in Cuban river water. These materials come from rocks that are naturally dissolved by rainwater. None of them are hazardous to humans, although they might leave scale in tea kettles and alter the water’s taste.

Although we’ve done field work on Greenland’s ice sheet and in rice paddies of southwest China, this work in Cuba has been a uniquely valuable experience for us, both professionally and personally. We found Cuban culture to be warm and welcoming, even to Americans whose leaders for the most part have shunned the Cuban people for decades.

Sharing and teamwork are key parts of Cuban culture. When we brought out American snacks during our first visit to Cuba, our collaborators insisted these gifts must be shared with the entire lab staff. In the tropical January sunshine, scientists, technicians, secretaries and directors gathered outside to eat Vermont maple candies and blueberry jam.

We view this project as science diplomacy in action. But our Cuban partners cannot visit us until the United States agrees to grant visas to Cuban scientists. The Trump administration is going in the opposite direction: It has suspended commercial and public charter flights to Cuba from the U.S. and imposed sanctions that are designed to deny Cuba access to hard currency.

As the COVID-19 pandemic sweeps around the world, scientific cooperation is more important than ever. To us, it doesn’t make sense to increase sanctions against a country that has more doctors per capita than any country on Earth and has responded more successfully than many nations to COVID-19. We believe that science in the U.S. would gain from reopening communication with Cuba and sharing knowledge that could help heal the global community.

Paul Bierman is a Professor of Geology and Natural Resources and Fellow of the Gund Institute for Environment, University of Vermont.

Amanda H. Schmidt is an Associate Professor of Geology, Oberlin College and Conservatory.