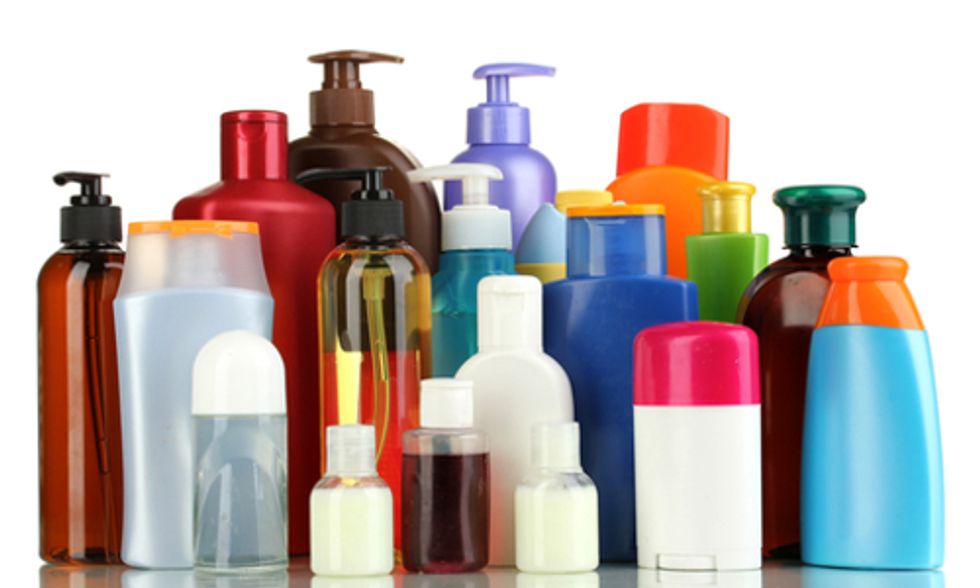 Exposure to certain toxic phthalates has substantially decreased in the American population according to a study led by researchers at UC San Francisco and published yesterday in the journal Environmental Health Perspectives. Study authors suggest that the decrease may be due to a federal ban on phthalates in toys, as well as cosmetics companies moving away from the use of these chemicals in response to advocacy efforts led by the Campaign for Safe Cosmetics. Levels of some “regrettable substitution” phthalates are on the rise, however, including one that was recently added to California’s Proposition 65 list of chemicals known to cause cancer, birth defects or reproductive toxicity.

Phthalates are industrial chemicals, which soften plastics that are used to make common consumer products including fragrances, cosmetics, plastics and building materials. Phthalates are endocrine-disrupting chemicals; exposure has been linked to early puberty, a risk factor for later-life breast cancer; reproductive harm in males; DNA damage to sperm and decreased sperm counts; and asthma.

Due to their ubiquity in common consumer products and potential to harm reproduction, phthalates have long been a target of state and federal legislative and market-based advocacy campaigns. In 2008, the Breast Cancer Fund led a national campaign that resulted in a Congressional ban on six phthalates in children’s toys. The law permanently banned three phthalates: DEHP, DnBP (also abbreviated as DBP) and BBzP. According to the study, the levels of all three have gone down in people. Three other phthalates—DnOP, DiDP, and DiNP—were provisionally banned pending further study. Exposures to these phthalates have increased. Of particular note is exposure to DiNP, which increased nearly 150 percent. DiNP, which was recently added to California’s Proposition 65 list of carcinogens, is widely used to replace DEHP in plastics.

“Trading one toxic chemical for another in an endless and costly parade of regrettable substitutions is unacceptable,” said Cindy Luppi of Clean Water Action, a co-founder of the Campaign for Safe Cosmetics. “It’s time for strong laws and corporate policies that make safe products the industry standard.”

Consumer pressure has led more than 1,000 cosmetics and personal care companies to remove some dangerous chemicals, including phthalates, from their products. A 2008 report by the Campaign for Safe Cosmetics found a marked decline in the use of DEHP and DnBP by the cosmetics industry, compared to the findings of a 2002 Campaign study, which reported 72 percent of shampoos, deodorants, fragrances and other products contained these and other phthalates. Not surprisingly, the study also found a drop in levels of DEHP and DnBP in people.

“Women have historically had higher levels of phthalates in their bodies than men, so the steep decline of certain toxic phthalates in women is a good sign,” said Alexandra Scranton, director of science and research at Women’s Voices for the Earth. “However, we remain concerned that manufacturers may be swapping out high profile toxic phthalates for less well-known phthalates, meaning the potential for harm remains real and more research must be done to protect public health.”

“We commend the researchers for this excellent study, which reinforces the important role policy and market decisions can have on reducing the levels of unsafe chemicals in people and protecting public health,” said Nudelman. “Our campaigns to encourage companies to make safer products and to convince the government to pass health-protective laws have clearly paid off.”