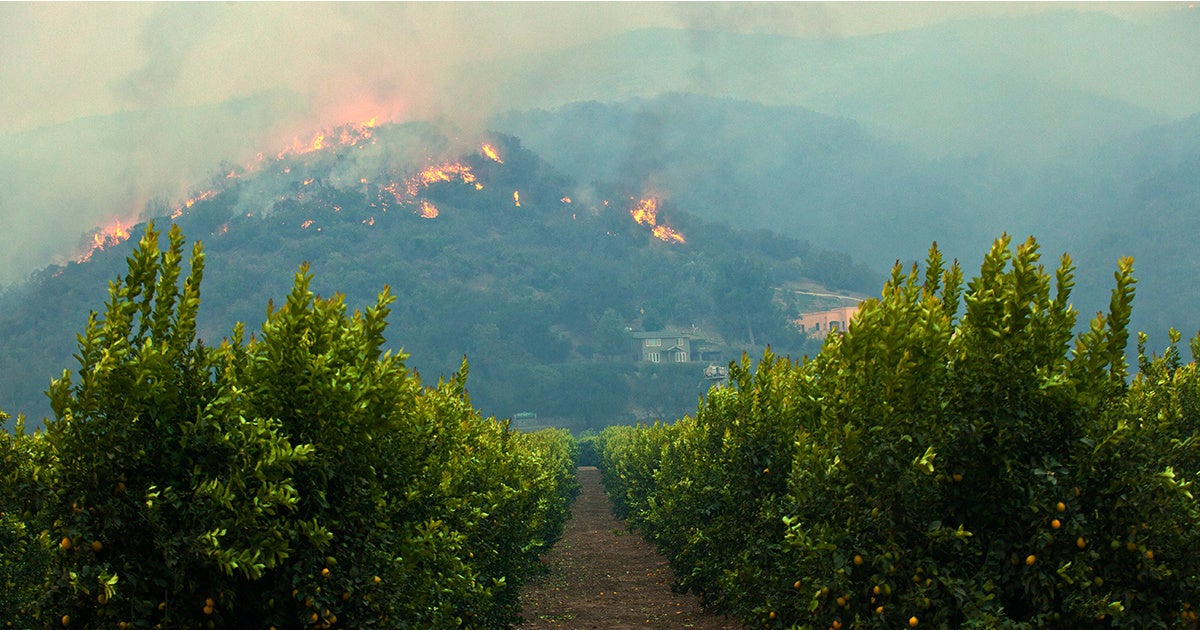 The Thomas fire burns on Sulfer Mountain in Southern California behind a row of citrus trees on Dec. 5, 2017. Bill Boch / Getty Images

Another California utility has been found responsible for sparking a deadly wildfire, according to the results of an investigation announced Wednesday.

The massive Thomas Fire, which burned through 281,893 acres of Southern California in 2017, was sparked when two Southern California Edison (SCE) power lines slapped together on the night of Dec. 4, 2017, the Ventura County Fire Department (VCFD) said.

“A high wind event caused the power lines to come into contact with each other, creating an electrical arc,” the fire department said in a statement reported by The Los Angeles Times. “The electrical arc deposited hot, burning or molten material onto the ground, in a receptive fuel bed, causing the fire.”

NEWS: #VCFD releases cause of the #ThomasFire, which occurred in December 2017. The 281,893 acre fire started by power lines coming into contact during high winds. To learn more, visit https://t.co/JiWyZWU2O3 pic.twitter.com/eJNlywb4fd

The findings come a month after Pacific Gas and Electric (PG&E), California’s largest utility, said its equipment would likely be identified as the cause of 2018’s Camp Fire, the deadliest wildfire in California history. The utility filed for bankruptcy to protect itself from billions of dollars in liability; in addition to likely igniting the Camp Fire, the utility was found responsible for at least 18 of 21 significant California wildfires in 2017.

SCE is protected from bankruptcy because of a 2018 law that passes liability on to customers. The utility could owe .3 billion in insurance claims from direct victims of the fire, as well as 0 million in claims from victims of a massive mudslide near Montecito in January 2018 that was caused when heavy rains struck a hillside stripped of vegetation by the flames. At least 21 people were killed.

SCE released a statement in response to the investigation, arguing that the Thomas fire had been started by two separate blazes, and that the utility had evidence it was not responsible for one of them. It said evidence showed a fire in Anlauf Canyon started at least 12 minutes before any problems with its equipment and at least 15 minutes before the start time reported by the fire department.

“SCE provided this evidence to CAL FIRE and VCFD investigators; however, the report does not suggest this evidence was considered. SCE believes the Anlauf Canyon ignition may have been independently responsible for a significant portion of the Thomas Fire damages,” the utility wrote.

Ventura County Fire Captain Stan Ziegler told NBC News that the evidence mentioned by SCE was shared with the investigators.

“The evidence was considered, but it did not change the result or outcome of the investigation,” Ziegler said.

The Thomas fire was the largest fire in California’s history until it was outdone by the Mendocino Complex Fire in 2018, according to BuzzFeed News. It destroyed 1,063 structures and burned for 40 days.