How to Protect Your Children From Wildfire Smoke 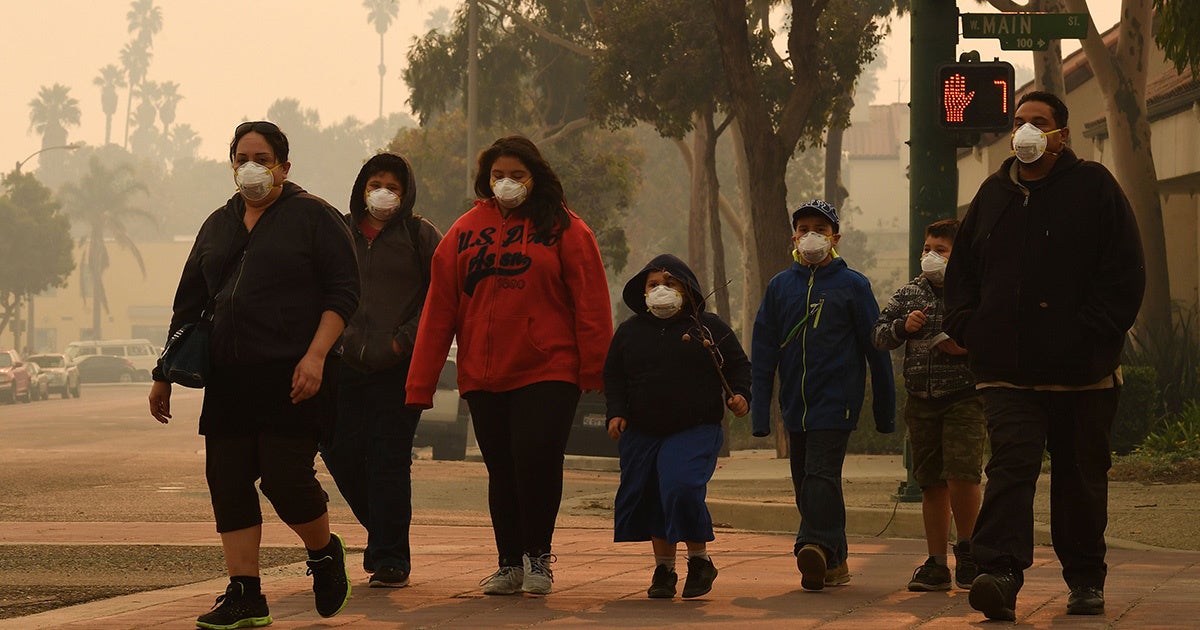 A family wears face masks as they walk through the smoke filled streets after the Thomas wildfire swept through Ventura, California on Dec. 6, 2017. MARK RALSTON / AFP / Getty Images

We’re very careful about what our kids eat, but what about the air they breathe?

During recent summers, children living on the West Coast of Canada have been breathing some of the most polluted air on record. This is due to seasonal wildfires, which have burned through vast zones of North America and affected even larger areas with their smoke.

The polluted air generated by wildfires is responsible for hazy skies, charcoal-like smells and a noticeable spike in people reporting trouble breathing.

The British Columbia government has just declared a state of emergency, as hundreds of fires burn across the province. And the state of California has been under a wildfire “siege” this summer.

Even when smoggy skies and unpleasant odours dissipate fairly quickly, the respiratory problems sparked by these fires can linger and in some cases become a serious, chronic condition.

From asthma to low birth weight

Asthma is a chronic condition where certain parts of the lungs are seriously irritated and swollen when they’re exposed to certain air components like ozone or particulate matter. This inflammation makes children wheeze or cough and have a harder time breathing. An asthma attack can become so severe that the patient needs immediate medical attention to avoid dying of suffocation.

Every child, regardless of how healthy he or she might be, is at a higher risk from the dangers of smog. Children breathe more air relative to their size than adults, inhaling a larger amount of pollutants than their caregivers.

Air pollution affects lung development even in the womb and has been linked to low birth weight and premature births.

The quality of the air your children breath may be harming the development of their respiratory system: Their nose, throat and lungs. The air that children breathe now can cause problems for years to come.

Even if children are not suffering from any respiratory problems, it is important to avoid exposing them to smog.

Air pollution can make children more likely to catch colds or to make colds last longer. Because the body is busy dealing with the inhaled pollutants, the response to virus or bacteria is not as good as it should be.

Just as we avoid exposing kids to too much candy even though it won’t rot their teeth or cause diabetes within hours, we must limit the amount of smog our children breathe.

Individuals have little control over wildfires. However, caregivers can do many things to reduce their child’s exposure to smog.

Seven Actions You Can Take

1. Monitor the air pollution levels in your community with the Air Quality Health Index (AQHI). AQHI is accessible though news, social media or apps (for iOS and Android).

2. Stay indoors as much as possible and avoid exercising or any intense physical activity outdoors when AQHI indicates dangerous levels.

3. Use a high-efficiency particulate air (HEPA) filter in your house, or at least in the rooms where you spend most of your time. If you buy a portable one, you can place it in the living room throughout the day and then move it to your children’s sleeping area at night.

4. If you cannot afford the purchase of a HEPA filter (or the subsequent increase in your power bill), try to spend time in indoor community spaces such as libraries, malls or community centers.

5. Avoid smoking inside your house. This is important every day, but it becomes especially relevant when smog levels are already off the charts.

6. If your child has been diagnosed with allergies or asthma, schedule a visit with their pediatrician before the wildfire season starts so that you can update their prescriptions and stock up on their medications.

7. Be observant of symptoms like wheezing, coughs or labored breathing, and any verbal complaints your child expresses. Take them to a walk-in clinic or an emergency department if necessary.

Current predictions are that we will experience wildfires more often, but the evidence indicates that limiting how much smog we breathe can prevent greater damage to our lungs—and a healthier and cleaner future for you and your children.