This Bumble Bee Is About to Go Extinct The rusty patched bumble bee, which can be identified by a rust-colored patch on its abdomen, was once a commonly seen pollinator from the midwest to the east coast. Unfortunately, scientists believe that it has disappeared from 87 percent of its historic range since the 1990s and that its population has declined by a startling 95 percent. 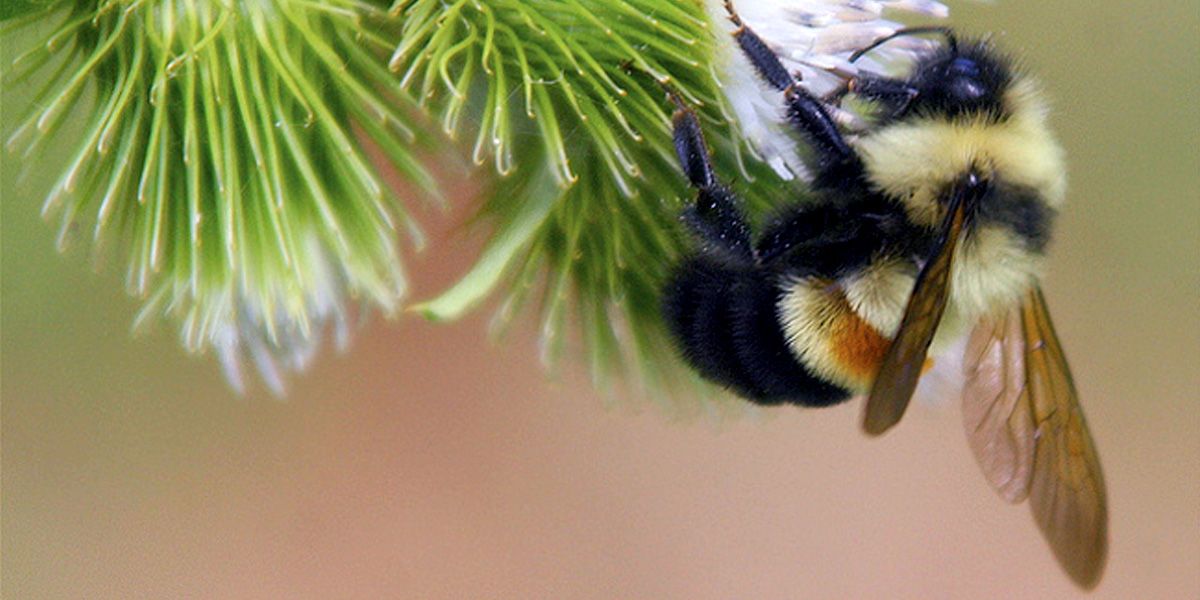 The rusty patched bumble bee is now listed as endangered under the Species at Risk Act in Canada and as Critically Endangered on the IUCN Red List of Threatened Species, but little is being done in the U.S. to ensure that these bumble bees and their habitat are protected.

But now, U.S. Fish and Wildlife Service has proposed endangered species protection for the rare bumble bee. If the proposal goes through, it would be the first bee species in history to receive federal protection in the U.S.

The rusty patched bumble bee faces a host of threats ranging from habitat loss and degradation to climate change, disease, the spread of pathogens from bees who are raised and sold commercially and the widespread use of herbicides and pesticides.

Their advocates have been raising concerns for years that their extinction is imminent if we do nothing to stop it.

In 2013, the Xerces Society for Invertebrate Conservation petitioned the U.S. Fish and Wildlife Service (FWS) to get the rusty patched bumble bee listed under the Endangered Species Act (ESA), but the agency didn’t respond. A year later, the Xerces Society, along with the Natural Resources Defense Council (NRDC), sued the Department of the Interior and the FWS in an effort to get this bee protected.

Last year the agency finally announced that protection may be warranted, and has followed up with more good news this month that it is now formally proposing protectionfor them under the ESA.

“The Fish and Wildlife Service has relied upon the best available science and we welcome the proposal to list the rusty patched bumble bee as an endangered species,” said Rich Hatfield, senior conservation biologist at the Xerces Society.

“Addressing the many threats that the rusty patched bumble bee faces―from neonicotinoid pesticides to disease―will help not only this species, but countless other native pollinators that are so critical to the functioning of natural ecosystems and agriculture.”

The Xerces Society points out, they don’t just play an incredibly valuable role in pollinating crops we rely on, providing a service that’s estimated to be worth billions of dollars, they also pollinate native plants that provide food for other species. Losing this bumble bee would be huge loss for a world that relies heavily on pollinators for survival.

“This decision comes not a moment too soon,” said Rebecca Riley, senior attorney with the NRDC.

“Bee populations―including thousands of species of wild bees―are in crisis across the country, and the rusty patched bumble bee is one of the most troubling examples. Today’s decision is a critical step forward. If finalized, the endangered species protections will improve the health of our ecosystem as well as the security of our national food supply.”

The agency will be accepting public comments until Nov. 21, 2016. If you would like to make one in support of listing the rusty patched bumble bee as a protected species, you can submit one at Regulations.gov.