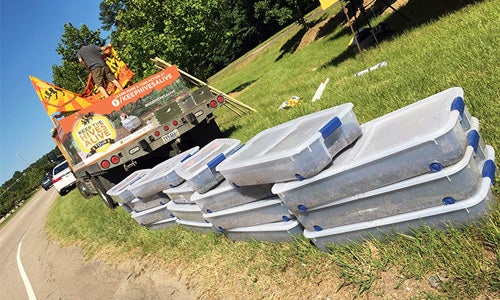 A truck full of dead bees made its final stop at a rally outside the headquarters of the U.S. Environmental Protection Agency (EPA) Wednesday, culminating a coast-to-coast tour to raise awareness about recent massive declines in pollinators.

While the millions of dead bees stayed in the truck, advocates and beekeepers delivered more than 4 million signatures urging an immediate ban on bee-killing pesticides. 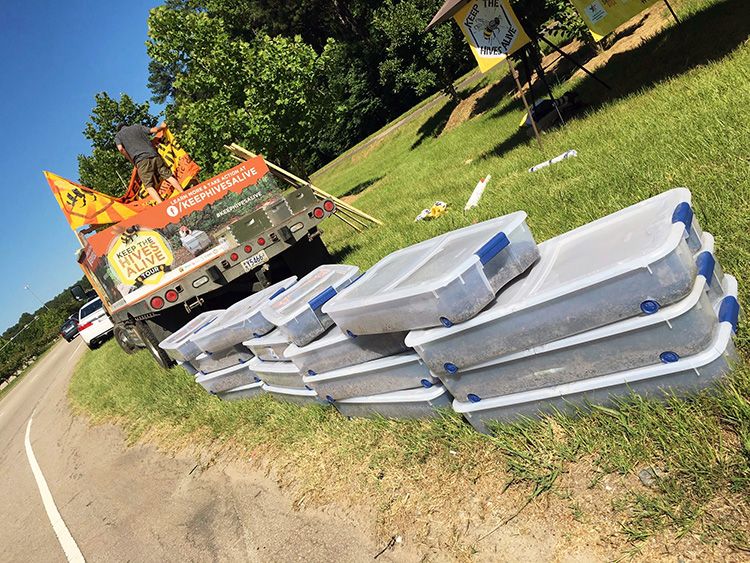 2.6 million dead bees were lined up in front of Bayer CropScience on June 20. Photo credit: Keep the Hives Alive / Twitter

“In the five years since I started keeping bees, I’ve seen many hives killed by pesticides,” said James Cook, a Minnesota-based beekeeper who has been driving the truck across the country since last Monday. “If some fundamental things don’t change, it’s going to be really hard for beekeepers to adapt to the environment around us.” 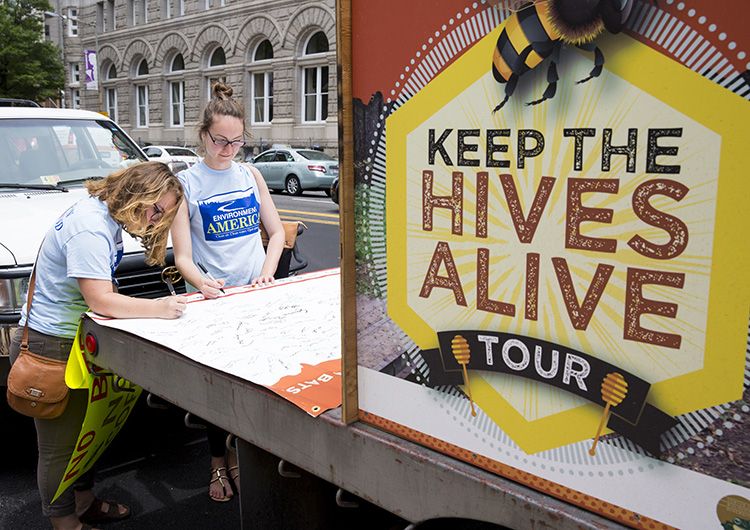 Bees pollinate most of the world’s most common crops, including summer favorites like peaches and watermelon. But more than 40 percent of U.S. honeybee hives die each year, costing the farming and beekeeping industry more than $2 billion annually.

One culprit in the bee die-off is the widely-used class of pesticides called neonicotinoids or neonics. Last spring the EPA began a process to assess four types of neonics and their impacts on pollinators. In January the agency acknowledged that imidacloprid could indeed harm bees, but the remaining assessments are still outstanding.

“Given the facts we have at hand about the links between neonics and bee die-offs, officials should move boldly and swiftly to stop any and all uses of these dangerous chemicals,” said Anna Aurilio, the director of the Washington, DC, office of Environment America. 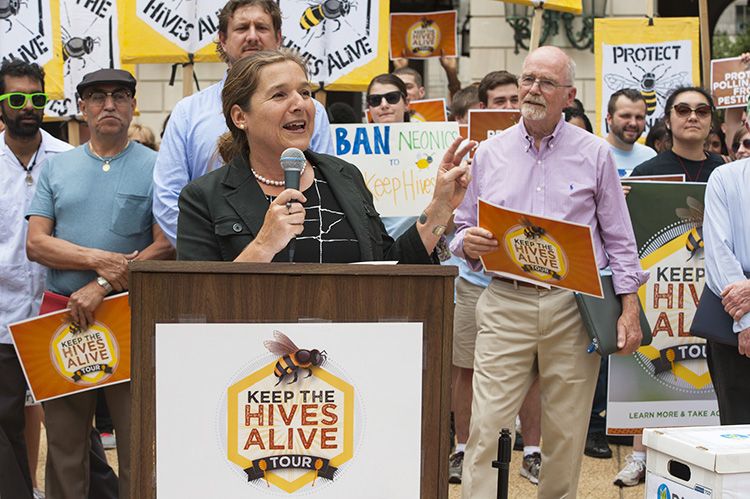 To wrap up their Keep the Hives Alive Tour, farmers, beekeepers and food advocates met Wednesday with officials from the EPA, members of Congress and representatives from the U.S. Department of Agriculture, delivering letters from nearly 200 businesses and organizations urging action on bee-killing pesticides and support for sustainable agriculture.

“The science is clear and convincing. To be truly effective, we need a nationwide policy to protect our pollinators before the crisis gets completely out of control,” said Del. Anne Healey, sponsor of Maryland’s Pollinator Protection Act, the first bill passed in the U.S. to eliminate consumer use of neonics.

Over the past two weeks Keep the Hives Alive has made stops in California, South Dakota, Minnesota, Michigan, Pennsylvania and North Carolina. It came to a close during National Pollinator Week, at a rally drawing hundreds of people, where environmental advocates, farmers, restaurant owners and others joined beekeepers to call for action. 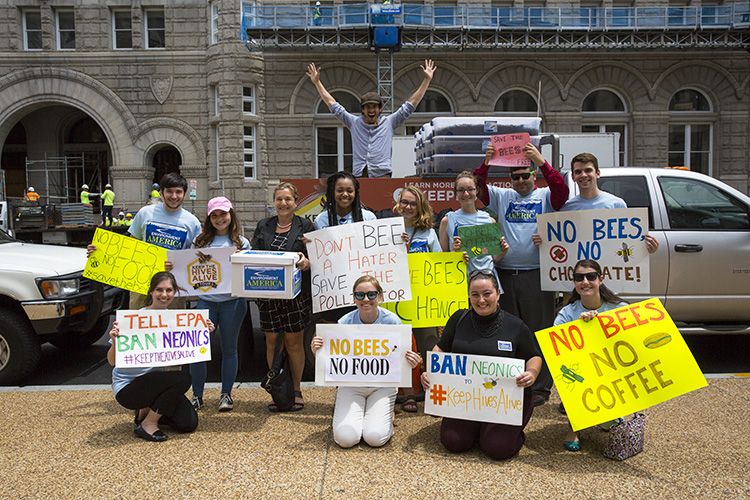 “What’s happening today to pollinators is no different than what happened 50 years ago with the collapse of the osprey, bald eagle and other bird and aquatic animal populations due to the use of DDT,” said Scott Nash, CEO of Mom’s Organic Market. “If we allow the chemical agribusiness industry to continue these short-sighted practices, food costs will increase as food supplies diminish.”