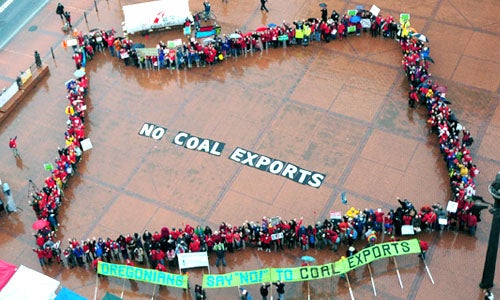 The state of Oregon stood up to dirty coal exports today by denying a key dock-building permit. This denial is a major victory for residents and climate activists who have waged a huge, high-profile campaign against coal exports. Oregon’s decision today shows that our state leadership values clean air, our climate and healthy salmon runs. 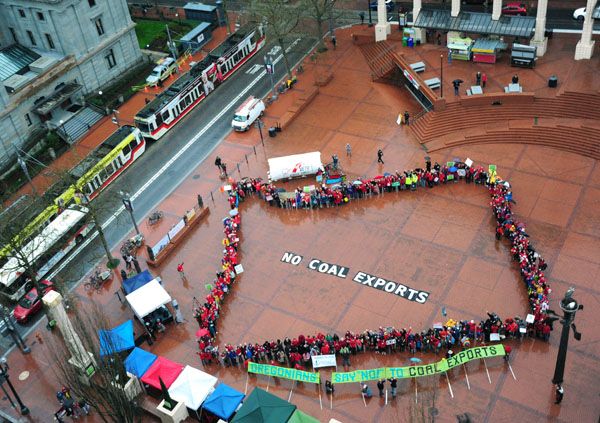 Coal export proponent, Ambre Energy asked the Oregon’s Department of State Lands for permission to build a new loading dock to ship Powder River Basin coal down the Columbia River to ocean-going ships bound for Asia. Oregon said no, saying the coal export project “would unreasonably interfere with the paramount policy of this state to preserve the use of its waters for navigation, fishing and public recreation.”

Paddlers prove that the Columbia River is more than a dirty coal chute to Asia.

As American use of coal declines, the Pacific Northwest is threatened by industry trying to maintain profits by exporting the coal that is too dirty to burn here. At its peak, Oregon and Washington faced six coal export proposals. Three proposals were withdrawn by the companies and today’s decision marks the first time a Pacific Northwest state agency formally rejected a coal export permit. Two coal export terminals remain on the table in Washington and face intense public opposition, led by Power Past Coal, an alliance of health, environmental, businesses, clean-energy, faith and community groups working to stop coal export off the West Coast.