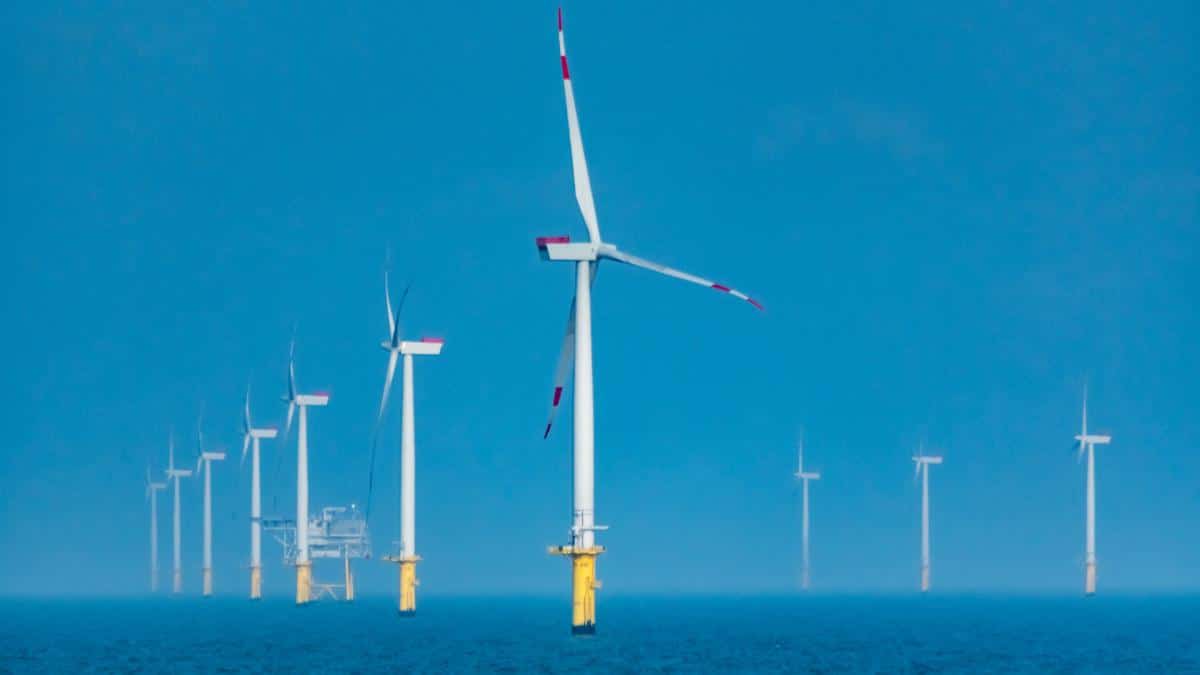 Climate action groups and ocean defenders issued strong praise Monday after the Biden administration announced its intention to boost the nation’s offshore wind capacity with a number of steps including preparing forfede leases in an area off the coasts of New York, New Jersey, and Connecticut.

“Today’s announcement marks a revolutionary moment for offshore wind. This powerful renewable resource has been waiting in the wings of our energy system for too long, and now it can finally take center stage,” Hannah Read, an associate with Environment America’s Go Big on Offshore Wind campaign, told Common Dreams.

Taken together, the initiatives will create 77,000 jobs, generate enough electricity to power over 10 million homes for a year, and avoid 78 million metric tons of CO2 emissions, according to the administration.

The plan would general 30 gigawatts (GW) of offshore wind by 2030—a capacity that would surpass the roughly 19 GW predicted in 2019 by some industry analysts. As NBC News noted, the nation’s offshore wind capacity is largely untapped:

[W]hile on-land wind farms have flourished in recent years, offshore wind has yet to take off in a significant way, in part due to bureaucratic and permitting hurdles that were a source of major frustration for renewable energy companies during the Trump administration. As of now, the U.S. has only one operational offshore commercial wind farm, with just five turbines.

According to Interior Secretary Deb Haaland, making up for such inaction is urgent.

“For generations,” Haaland said in a statement, “we’ve put off the transition to clean energy and now we’re facing a climate crisis.”

Although “every community is facing more extreme weather and the costs associated with that,” Haaland said that “not every community has the resources to rebuild, or even get up and relocate when a climate event happens in their backyards.” She noted that the “climate crisis disproportionately impacts communities of color and low-income families.”

“As our country faces the interlocking challenges of a global pandemic, economic downturn, racial injustice, and the climate crisis, we must transition to a brighter future for everyone,” said Haaland.

Among steps announced by the Interior, Commerce, and Energy departments were a data sharing agreement between NOAA and offshore wind development company Ørsted Wind Power North America to help development of infrastructure; the identification of nearly 800,000 acres in the shallow ocean triangle known as the New York Bight to be “Wind Energy Areas”; million for 15 new offshore wind research and development projects; and notice that BOEM would launch an Environmental Impact Statement for Ocean Wind’s proposed 1,100 megawatt facility off the coast of New Jersey.

“The ocean energy bureau said it will push to sell commercial leases in the area in late 2021 or early 2022,” the Associated Press reported.

It’s a bit buried, but here’s the final map from @Interior of the offshore wind energy areas identified between Long Island and the NJ coast. Nearly 800,000 acres! 🌬 pic.twitter.com/pZic2IFVir

Rep. Bill Pascrell, Jr. (D-N.J.)—who’s previously introduced legislation to incentivize offshore wind—framed the development as “a sea change in American energy policy and a new day in the fight against climate change.”

“This is a down-payment on our national future for our children and their children after them,” Pascrell tweeted.

Read, with Environment America, said the administration’s announcement could serve as a major catalyst.

“The potential to power our country using clean, renewable energy off our coasts is immense, and the Biden administration’s commitment forges a path to take full advantage of offshore wind. This federal leadership should give states the confidence to continue making bold commitments to go big on offshore wind. Now that the executive branch is throwing its weight behind timely and ambitious development, it’s full-steam ahead,” she said.

The news also drew praise from climate group 350.org, which, like Haaland, put the announcement in the context of the multiple crises gripping the nation.

“This is the type of climate action we need from the Biden administration: major investment in renewable energy that creates thousands of good-paying union jobs,” the group’s U.S. communications director Thanu Yakupitiyage said in a statement.

“In this moment of compounding health, economic, racial, and climate crises,” Yakupitiyage continued, “it’s beyond time to get our country off fossil fuels and on track towards a renewable future that centers the working class and communities of color.”

For Oceana, the administration’s good news for offshore wind must be matched with an equally important element—a forceful departure from dirty energy.

“We applaud the Biden-Harris administration helping to make offshore wind a reality in the United States—a necessary step in our climate strategy,” said Jacqueline Savitz, chief policy officer with the group, adding that it must also have “strong protections for ocean habitat, especially for the critically endangered North Atlantic right whale.”

But for “the U.S. to successfully take full advantage of this unlimited resource that can help solve our climate and energy challenges, Oceana is calling for permanent protections from dirty and dangerous offshore drilling as well,” Savitz added.