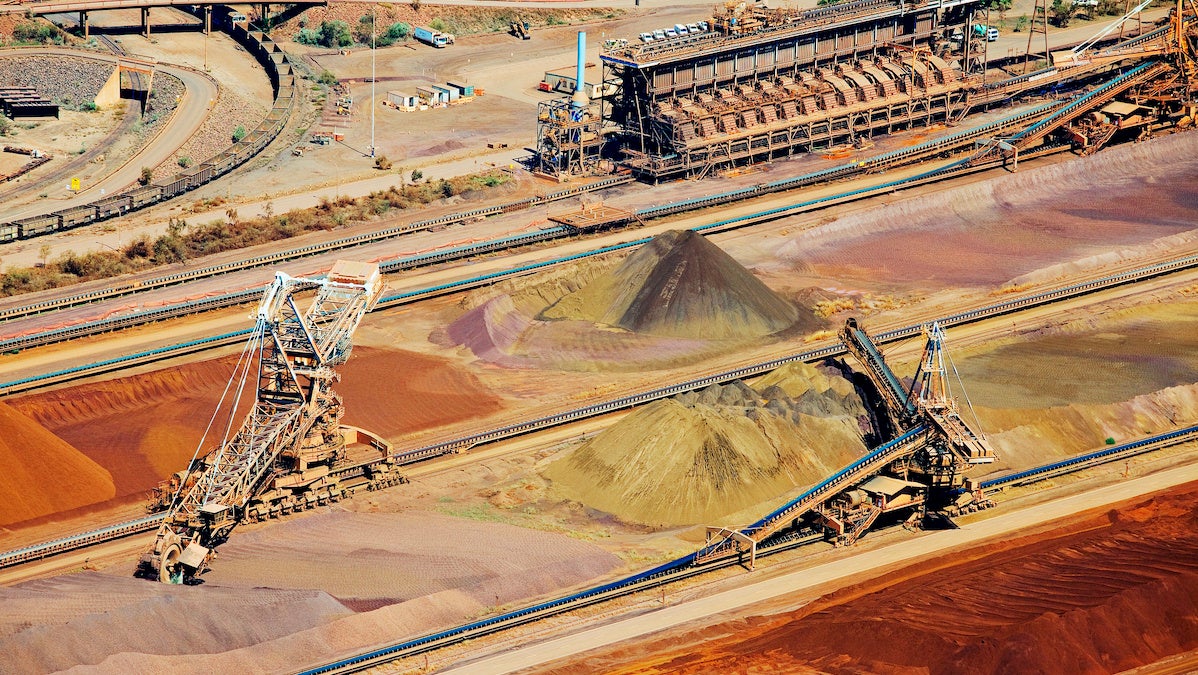 Anglo-Australian mining company BHP said it would pause plans to destroy 40 Aboriginal heritage sites as part of its expansion of an iron ore mine in Western Australia (WA).

The plans were first revealed by The Guardian Australia Wednesday and come on the heels of the controversial destruction by rival mining company Rio Tinto of 46,000-year-old Aboriginal rock shelters at Juukan Gorge.

The traditional owners of the 40 sites are the Banjima people, who wrote in December that they would “suffer spiritual and physical harm if they are destroyed,” The Guardian reported.

“[We are] worried about the cumulative impact of so many sites being the subject of a single notice for destruction and that not one of the sites is deemed worthy of protection in situ by BHP,” the Indigenous title holders wrote.

BHP won approval to destroy the sites from WA Aboriginal Affairs Minister Ben Wyatt on May 29, days after the blasting of the Juukan Gorge sites, Australia’s ABC News reported.

At least 40, and as many as 86 sites, were identified in BHP’s application to expand its .5 billion South Flank iron ore mine in Pilbara, WA, according to The Guardian.

An archeological survey conducted by the company revealed rock shelters between 10,000 and 15,000 years old and evidence of human presence in the area dating back approximately 40,000 years. The documents revealed by The Guardian also show the company was aware of Aboriginal opposition to the sites’ destruction.

The company wrote it had “taken into account the views and recommendations provided by the Banjima representatives during the consultation and inspection,” but it was “not reasonably practicable for BHP to avoid the eighty-six (86) potential archaeological sites.”

While the Banjima people wanted the sites preserved, section 18 of the Western Australian Aboriginal Heritage Act prevented them from formally registering their opposition because they had already signed an agreement with BHP to support the mine in exchange for financial and other benefits.

After the news broke, BHP first said Wednesday it had a good working relationship with the Banjima, but made no mention of changing its plans, The Sydney Morning Herald reported. Then, on Thursday, it said it would pause the destruction of the sites.

“We will not disturb the sites identified without further extensive consultation with the Banjima people,” BHP said in a statement reported by ABC News. “That consultation will be based on our commitment to understanding the cultural significance of the region and on the deep respect we have for the Banjima people and their heritage. This will include further scientific study and discussion on mitigation and preservation.”

In response, the Banjima Native Title Aboriginal Corporation published a statement saying they “do not support the destruction of sites of cultural significance,” as ABC News reported.

“We stand with all Aboriginal traditional owners and particularly our Pilbara brothers and sisters, the Puutu Kunti Kurrama and Pinikura, at this time in our abhorrence at the destruction of the Juukan rock shelters, and those suffering the threat of or having recently experienced similar site destruction,” the statement said.

The actual destruction by Rio Tinto and the destruction threatened by BHP have focused attention on the need to reform the Western Australian Aboriginal Heritage Act to give Aboriginal groups more control over their heritage sites.

WA Senator Pat Dodson told The Guardian Thursday that there should be a freeze on section 18 approvals until the law was updated.

“I think this should be an absolute moratorium,” Dodson said.