Rio Tinto Blasted Away an Ancient Aboriginal Site. Here’s Why That Was Allowed 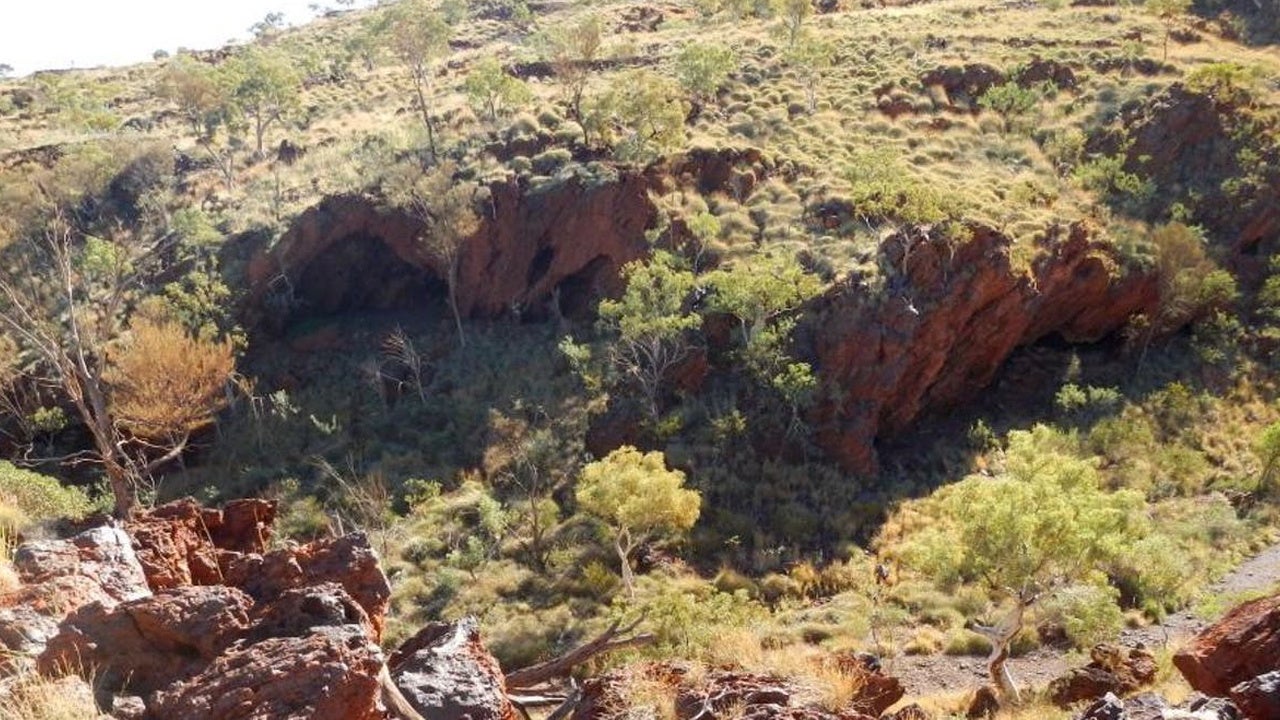 In the expansion of its iron ore mine in Western Pilbara, Rio Tinto blasted the Juukan Gorge 1 and 2 — Aboriginal rock shelters dating back 46,000 years. These sites had deep historical and cultural significance.

The shelters are the only inland site in Australia showing human occupation continuing through the last Ice Age.

Aboriginal cultural heritage is a fundamental part of Aboriginal community life and cultural identity. It has global significance, and forms an important component of the heritage of all Australians.

But the destruction of a culturally significant Aboriginal site is not an isolated incident. Rio Tinto was acting within the law.

In 2013, Rio Tinto was given ministerial consent to damage the Juukan Gorge caves. One year later, an archaeological dig unearthed incredible artefacts, such as a 4,000-year-old plait of human hair, and evidence that the site was much older than originally thought.

But state laws let Rio Tinto charge ahead nevertheless. This failure to put timely and adequate regulatory safeguards in place reveals a disregard and a disrespect for sacred Aboriginal sites. The destruction of a significant Aboriginal site is not an isolated incident. Puutu Kunti Kurrama And Pinikura Aboriginal Corporation

Not an Isolated Incident

More than 2,400 stone artifacts were unearthed in a small excavated area. It indicated Aboriginal people had used the area between 1788 and 1830 to manufacture tools and implements from flint brought over to Australia on British ships.

Similarly, ancient rock art on the Burrup Peninsula in north-western Australia is under increasing threat from a gas project. The site contains more than one million rock carvings (petroglyphs) across 36,857 hectares.

This area is under the custodianship of Ngarluma people and four other traditional owners groups: the Mardudhunera, the Yaburara, the Yindjibarndi and the Wong-Goo-Tt-Oo.

But a Senate inquiry revealed emissions from adjacent industrial activity may significantly damage it.

The West Australian government is seeking world heritage listing to try to increase protection, as the regulatory frameworks at the national and state level aren’t strong enough. Let’s explore why.

What Do the Laws Say?

The recently renamed federal Department of Agriculture, Water and the Environment is responsible for listing new national heritage places, and regulating development actions in these areas.

At the federal level, the Environment Protection and Biodiversity Conservation Act 1999 (EPBC Act) provides a legal framework for their management and protection. It is an offence to impact an area that has national heritage listing.

But many ancient Aboriginal sites have no national heritage listing. For the recently destroyed Juurkan gorge, the true archaeological significance was uncovered after consent had been issued and there were no provisions to reverse or amend the decision once this new information was discovered.

Where a site has no national heritage listing, and federal legislation has no application, state laws apply.

For the rock shelters in the Western Pilbara, Rio Tinto was abiding by Western Australia’s Aboriginal Heritage Act 1972 — which is now nearly 50 years old.

What a story on #SorryDay @RioTinto blows up one of country's oldest known Aboriginal heritage sites. And the worst bit? Was all done by the book. Just a few days ago near Tom Price in West Australia. Heartbreaking @benwyatt https://t.co/0mihNAvKys

Section 17 of that act makes it an offence to excavate, destroy, damage, conceal or in any way alter any Aboriginal site without the ministerial consent.

But, Section 18 allows an owner of the land — and this includes the holder of a mining licence — to apply to the Aboriginal Cultural Material Committee for consent to proceed with a development action likely to breach section 17.

The committee then evaluates the importance and significance of the site, and makes a recommendation to the minister. In this case, the minister allowed Rio Tinto to proceed with the destruction of the site.

No Consultation With Traditional Owners

The biggest concern with this act is there’s no statutory requirement ensuring traditional owners be consulted.

This means traditional owners are left out of vital decisions regarding the management and protection of their cultural heritage. And it confers authority upon a committee that, in the words of a discussion paper, “lacks cultural authority.”

So, while the committee must adhere to procedural fairness and ensure traditional owners are given sufficient information about decisions, this doesn’t guarantee they have a right to consultation nor any right to provide feedback.

Weak in Other Jurisdictions

The WA Aboriginal Heritage Act 1972 is under review. The proposed reforms seek to abolish the committee, ensuring future decisions on Aboriginal cultural heritage give appropriate regard to the views of the traditional Aboriginal owners.

NSW is the only state with no stand-alone Aboriginal heritage legislation. However, a similar regulatory framework to WA applies in NSW under the National Parks and Wildlife Act 1974.

There, if a developer is likely to impact cultural heritage, they must apply for an Aboriginal Heritage Impact Permit. The law requires “regard” to be given to the interests of Aboriginal owners of the land, but this vague provision does not mandate consultation.

As in WA, the NSW regulatory framework is weak, opening up the risk for economic interests to be prioritized over damage to cultural heritage.

The federal minister has discretion to assess whether state or territory laws are already effective.

If they decide state and territory laws are ineffective and a cultural place or object is under threat, then the federal Aboriginal and Torres Strait Islander Heritage Protection Act 1984 can be used.

But this act is also weak. It was first implemented as an interim measure, intended to operate for two years. It has now been in operation for 36 years.

In fact, a 1995 report assessed the shortcomings of the Aboriginal and Torres Strait Islander Heritage Protection Act.

It recommended minimum standards be put in place. This included ensuring any assessment of Aboriginal cultural significance be made by a properly qualified body, with relevant experience.

It said the role of Aboriginal people should be appropriately recognized and statutorily endorsed. Whether an area or site had particular significance according to Aboriginal tradition should be regarded as a subjective issue, determined by an assessment of the degree of intensity of belief and feeling of Aboriginal people.

Twenty-five years later, this is yet to happen.