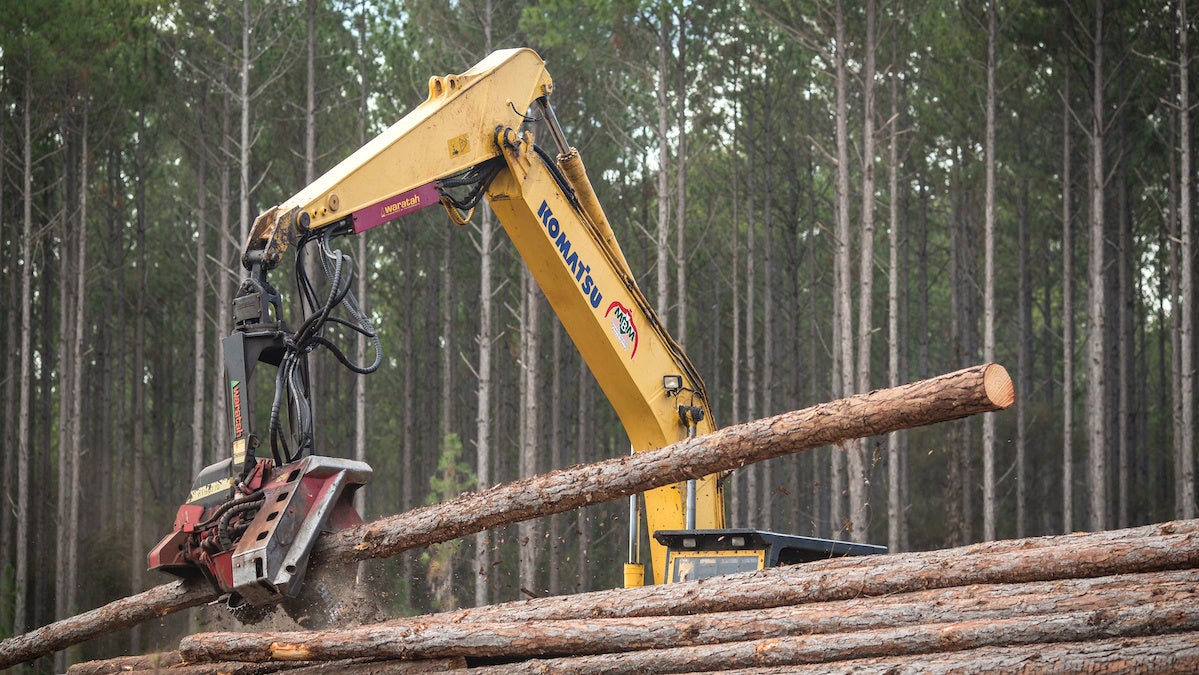 Cut timber being loaded for transportation to a manufacturing plant in Gympie, Queensland, Australia on July 17, 2013. Auscape / Universal Images Group via Getty Images

Australia’s unprecedented wildfires that raged for months and destroyed millions of acres were likely made worse by industrial logging of native forests, according to a new commentary from five scientists published in Nature Ecology & Evolution.

The group of five senior Australian scientists from the Australian National University, Macquarie University and the University of Queensland said that logging native forests makes fire more severe and they are calling for a clearer assessment about how land management and forestry practices add to the risk of wildfires, according to The Guardian.

“Logging causes a rise in fuel loads, increases potential drying of wet forests and causes a decrease in forest height,” said James Watson, a professor at the University of Queensland and an author on the paper in a university statement. “It can leave up to 450 tonnes of combustible fuel per hectare close to the ground — by any measure, that’s an incredibly dangerous level of combustible material in seasonally dry landscapes. By allowing these practices to increase fire severity and flammability, we undermine the safety of some of our rural communities.

“It affects wildlife too by creating habitat loss, fragmentation and disturbance for many species, with major negative effects on forest wildlife,” he added.

They say that the contribution of logging to bushfires needs greater scrutiny, and there should be more public awareness about the compelling links between wildfires and the climate crisis, according to The Sydney Morning Herald.

They also note that while most global emissions and pollution is out of the country’s control, Australians have full authority over how their own land is managed.

“The first is to prevent logging of moist forests, particularly those close to urban areas,” said lead author David Lindenmayer, a professor at Australia National University, in a statement. “We must also reduce forest fragmentation by proactively restoring some previously logged forests. In the event of wildfires, land managers must avoid practices such as ‘salvage’ logging — or logging of burnt forests — which severely reduces recovery of a forest.”

Last week, VicForests Chief Executive Officer Monique Dawson criticized professor Lindenmayer, an internationally regarded ecologist, saying in a letter to the Goongerah Environment Centre that the agency “does not accept his published opinions.”

Lindenmayer said he was taking legal advice about the remarks in the letter, as The Guardian reported. He added that her comments reflected an organization that was unscientific and did not rely on evidence to manage forests.

In fact, as The Sydney Morning Herald reported, despite warning from environmentalists that forests and wildlife are still very fragile, VicForests last week revealed plans to log 3500 hectares of forests burnt during the catastrophic summer fires in the next few years.

The paper says industry data showed that some 161 million cubic meters of native forest was logged between 1996 and 2018.

“Beyond the direct and immediate impacts on biodiversity of disturbance and proximity to disturbed forest, there is compelling evidence that Australia’s historical and contemporary logging regimes have made many Australian forests more fire prone and contributed to increased fire severity and flammability,” the scientists wrote, as The Guardian reported.