Western Wildfires Are a Boon for These Native Species 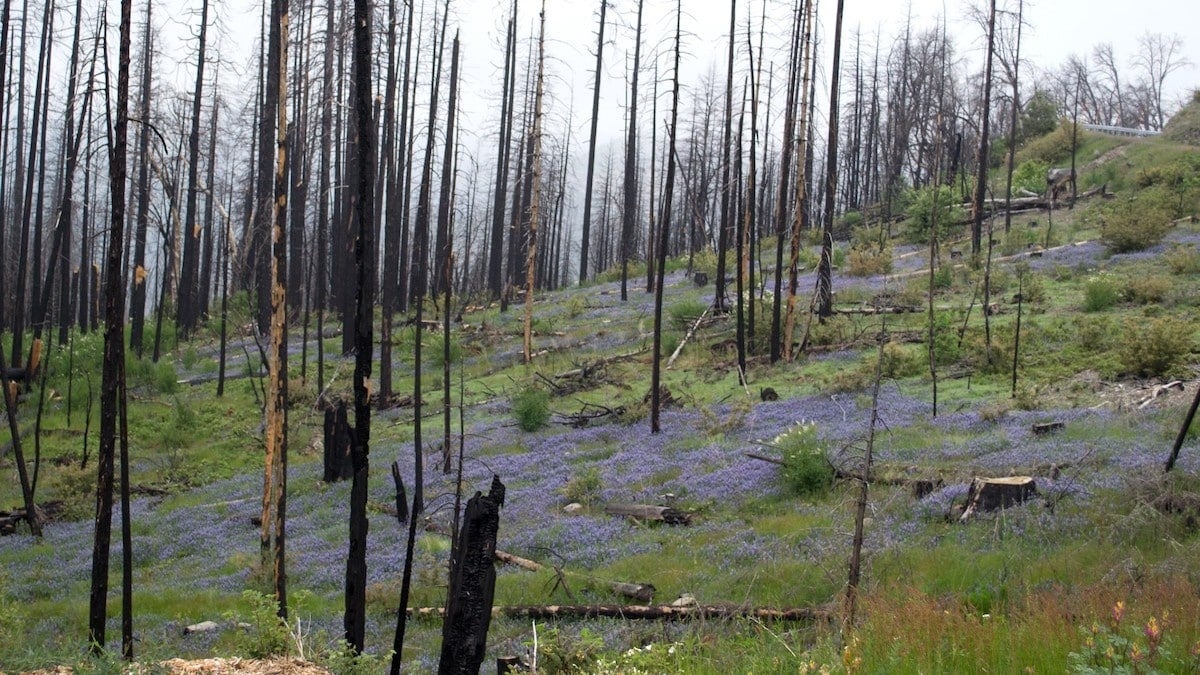 An area of the Sierra Nevada three years after it was burned in the 2013 Rim Fire. Don Barrett, CC BY-NC-ND 2.0

Earlier this month a series of lightning strikes touched off dozens of fires across California, burning 1.5 million acres, choking cities with smoke and claiming at least six lives. Outside California, large wildfires are burning in Colorado and Oregon, too.

For people who live near the path of flames or the drifting smoke, wildfire season can be dangerous. And this year’s sudden eruption of multiple blazes is stretching resources thin, as firefighters — already facing restrictions due to the pandemic — work hard to protect lives and property.

Amidst the barrage of media images of charred homes and sweeping flames, it can be easy to forget that for some native species that live in western forests, wildfires are actually beneficial and necessary, creating valuable habitat and some of the most biodiverse forest ecosystems.

Burned forests may seem “gone” or “dead” following a severe fire, but if you look closely “there’s an absolute treasure trove of life thriving in there,” says wildlife biologist Monica Bond, principal scientist at the Wild Nature Institute.

Longhorn beetles and other wood borers are usually the first to arrive after a fire, when they follow the smell of smoke to feast on recently burned trees, still rich in sapwood but lacking the ability to secrete the sticky, toxic resins that would normally fend off the insects. Black-backed woodpeckers often arrive next, feeding on beetle larvae and carving out nest cavities in the trees that will provide habitat for other birds after the woodpeckers move on. 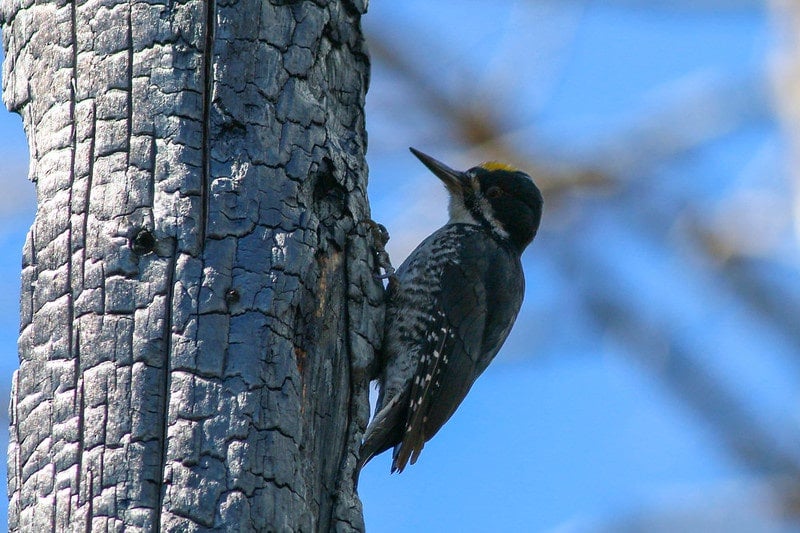 A black-backed Woodpecker attending a nest in a tree cavity in a recently burned forest in the Deschutes National Forest, Oregon. Skip Russell, CC BY-NC-ND 2.0

As flowers and shrubs begin to grow back, that draws more insects and birds. Certain wildflowers, like fire poppies, emerge only from the ashes, and wildfires can create bumper crops of morels, a group of beautiful, delicious mushrooms.

Mammals, meanwhile, arrive in waves, looking for different types of food. “You have seeds that have been exposed by the fire that small mammals are eating,” says Bond. That entices larger predators. Studies have also shown that burned forests are beneficial for numerous bat species.

“Then, as long as you don’t cut down the standing dead trees, you can have species like spotted owls returning, too,” she says. The snags, as the dead trees are called, also provide shelter for a range of forest life, including bluebirds, flying squirrels and Pacific fishers.

Even the fallen dead trees become an important component, cycling their nutrients back into the soil.

It’s a process that’s been repeated across western forests for millennia, including the Pacific Northwest, Canada’s boreal forests, the Rocky Mountains and the Sierra Nevada. All have historically burned with a mix of fire types, including severe wildfires, says Bond.

California’s coast redwoods — a big concern this month as fires burned through Big Basin Redwoods State Park in Santa Cruz — are resilient to fire because their thick bark insulates them from the heat.

“Even if fire consumes their crowns — lethal for most conifers — the trunk of a redwood can sprout back to life,” Kristen Shive, senior scientist at Save the Redwoods League, wrote earlier this month. “If this happens, they will look really rough for a while and it will take years for their crowns to fill out again, but the tree will have survived.”

And in rare cases when the main trunk is too damaged by fire, the tree can still sprout new life from its base.

The wildfires that have burned through the West over the decades have resulted in a patchwork of forest types that create rich biodiversity.

Bond’s research found that, one year after the 2013 Rim Fire near Yosemite National Park, the burned area boasted a higher occupancy of spotted owls than even in nearby comparable green forests. One reason: The snags give the owls a good place to perch before they pounce on small prey that also flock to these newly burned areas in search of food.

“Of course, not every single animal loves fire,” she adds. “There are some that do well, and then others that don’t do as well, but there’s plenty of the green unburned forests.”

As ecologically valuable as these burned forests are, they are especially important because this type of ecosystem is short-lived.

“The animals that like the fresh burn, they do have to leave at some point as the forest changes — usually it’s less than 10 years,” she says. 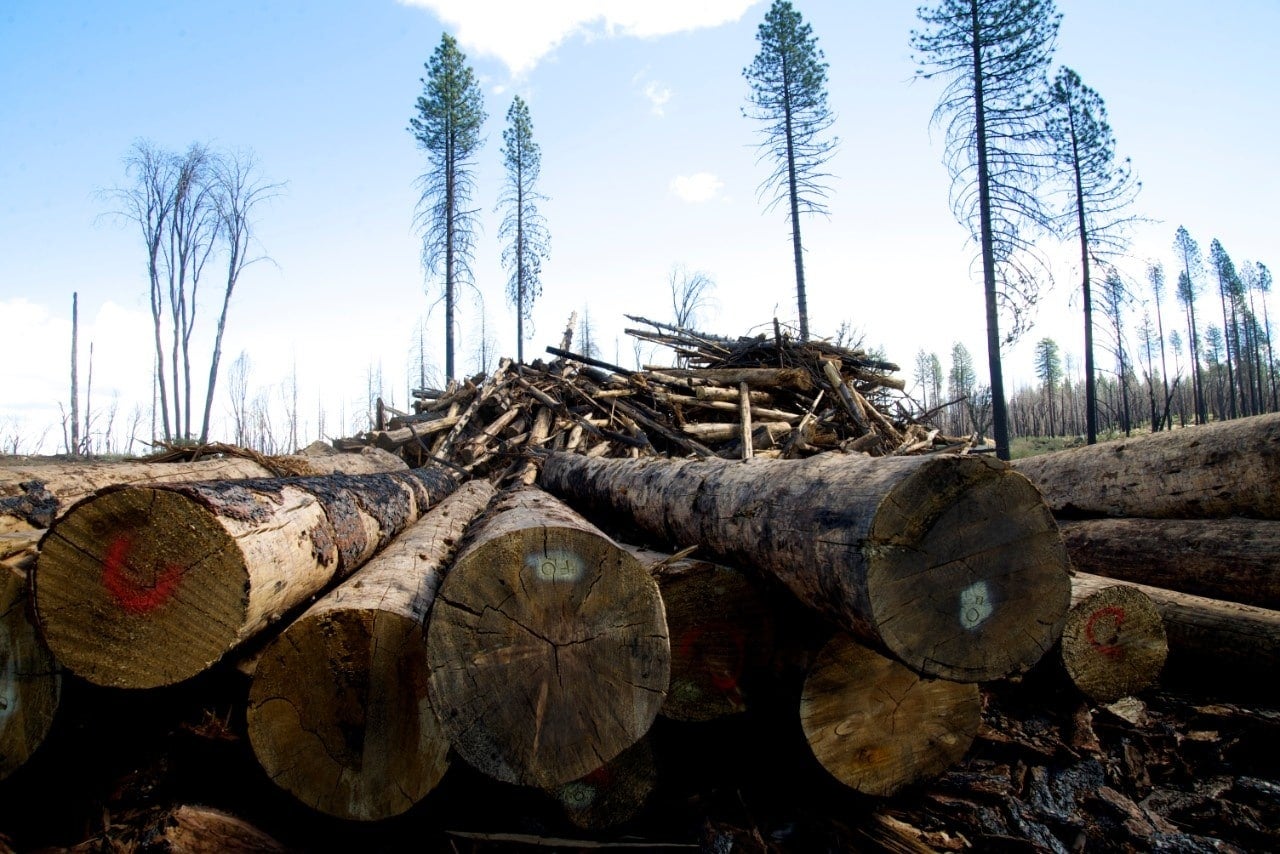 Biodiverse habitat created by burned trees is also at risk of being cut in post-fire “salvage” logging sales by the Forest Service and on private land, which Bond says is “ecologically a terrible idea.”

“The Forest Service always proposes it as ecologically necessary to ‘restore’ the forest,” she says. “But if you think about it from the perspective of a black-backed woodpecker, the fire was the restorative process and the burned forest is what it needs.”

There’s much that can and should be done to limit development in fire-prone areas and help existing communities become more fire safe, she says. But logging trees in forests miles from towns won’t make people any safer.

“Wildfire is just a natural part of the dynamics, like the rain or the snow, that happens in the forest,” says Bond. “I would love to see the day when we give these severely burned forests the protections that they deserve.”