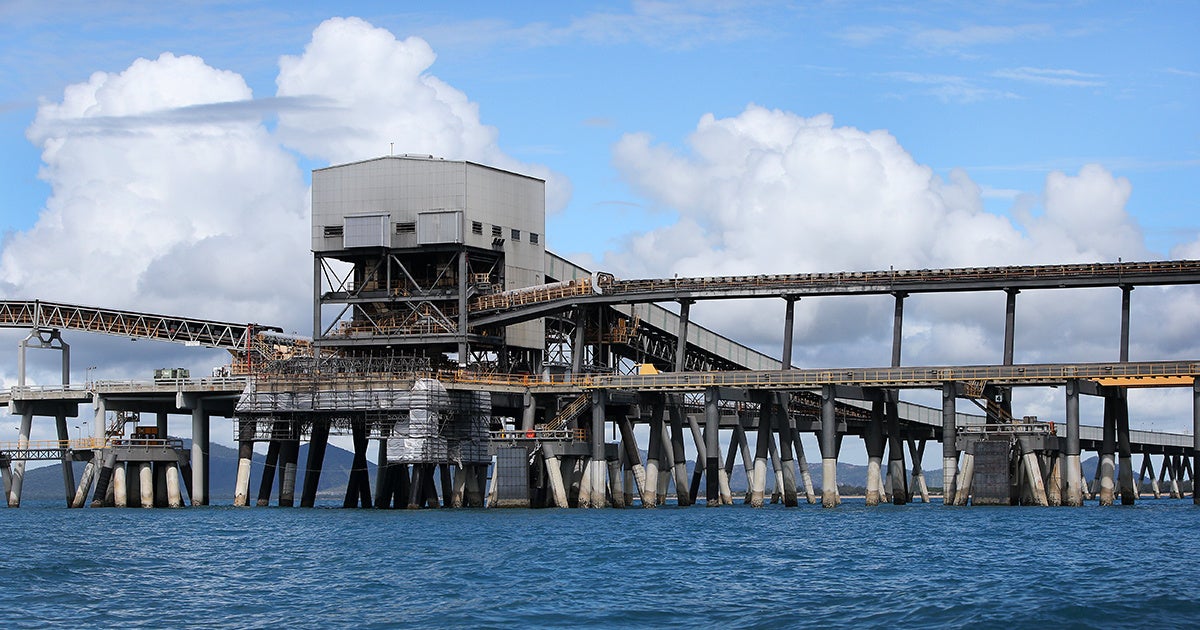 A view of the Abbot Point coal port as seen on April 25, 2019 in Bowen, Australia. Lisa Maree Williams / Getty Images

Australia’s love affair with fossil fuels has it setting new records for carbon emissions, year after year, and seeing a decline in renewable energy sources, according to new research from Ndevr Environmental, an emissions-tracking organization, as the Guardian reported.

Once again, Australia set a new record for its greenhouse gas emissions, which was fueled by electricity generation. The increasingly hot summers in Australia has created an insatiable appetite for power that requires electricity to run. According to Ndevr’s research, there was an 8.2 percent increase in emissions from the electricity sector between the December and March quarters — largely due to air condition and cooling systems.

The research paper shows that emissions have increased for four consecutive years. Emissions for the year to March 2019 increased to 561 million tons of carbon dioxide equivalent, up from 554.5 million tons the previous year and 551.2 million tons in 2017, as the Guardian reported.

Fugitive emissions, the escaped gasses and vapors during manufacturing and mining, particularly from the liquid natural gas sector was another large contributor to the rise in emissions.

There is “a lot of work to be done around offsetting and reducing emissions from the liquid natural gas sector,” said Matt Drum, Ndevr’s managing director, as the Guardian reported. “That’s offsetting particularly through land-use projects, but also energy efficiency. And whether the carbon capture and storage nut can be cracked for that sector is going to be really important.”

“Australia is one of the highest per capita CO2 emitters in the world. On a per capita basis, Australia’s carbon footprint, including exports, surpasses China by a factor of 9, the US by a factor of 4, and India by a factor of 37,” Climate Analytics wrote in its research report, as Interesting Engineering reported.

Australia’s current government is friendly to the fossil fuel industry, so it is reasonable to expect approval for most proposed coal developments and liquid natural gas projects in Western Australia. If those go through while other countries around the world implement policies to meet their requirements under the Paris climate agreement, then Australia will be responsible for nearly one-fifth of the world’s carbon emissions.

“Australia is now the number one exporter of both coal and gas and we are scheduled to push that off the charts in the next 10 years. We are looking to become an emissions super-power,” said Gavan McFadzean of the Australian Conservation Foundation, which funded the Climate Analytics study, as the Guardian reported. “We are fortunate to have many of our emissions counted elsewhere but that doesn’t mean we’re not responsible for them.”

The trend of increasing emissions and opening up new coal mines and natural gas fields has conservationists alarmed. David Attenborough, the celebrated naturalist and host of the BBC Documentary Climate Change—The Facts, denounced the climate crisis deniers in power in Australia. “[It] is extraordinary because Australia is already facing having to deal with some of the most extreme manifestations of climate change,” he said, as the Guardian reported.

Attenborough noted the bleached white sections of the Great Barrier Reef that died off due to rising sea temperatures and increased ocean acidity. He did not mention the sustained drought afflicting Australian farmers, nor the country’s outbreak of wildfires, nor the record-breaking heat bearing down on Australia every summer.

“At the end of the day, participation in the emissions reduction fund is decreasing. Fewer projects, fewer contracts, less abatement,” said Drum of the Australian Conservation Fund, who lamented his countries inaction to the Guardian. “Unless something happens, something significant, this government will just be presiding over quarter after quarter, year after year, of increasing emissions. It’s as simple as that.”