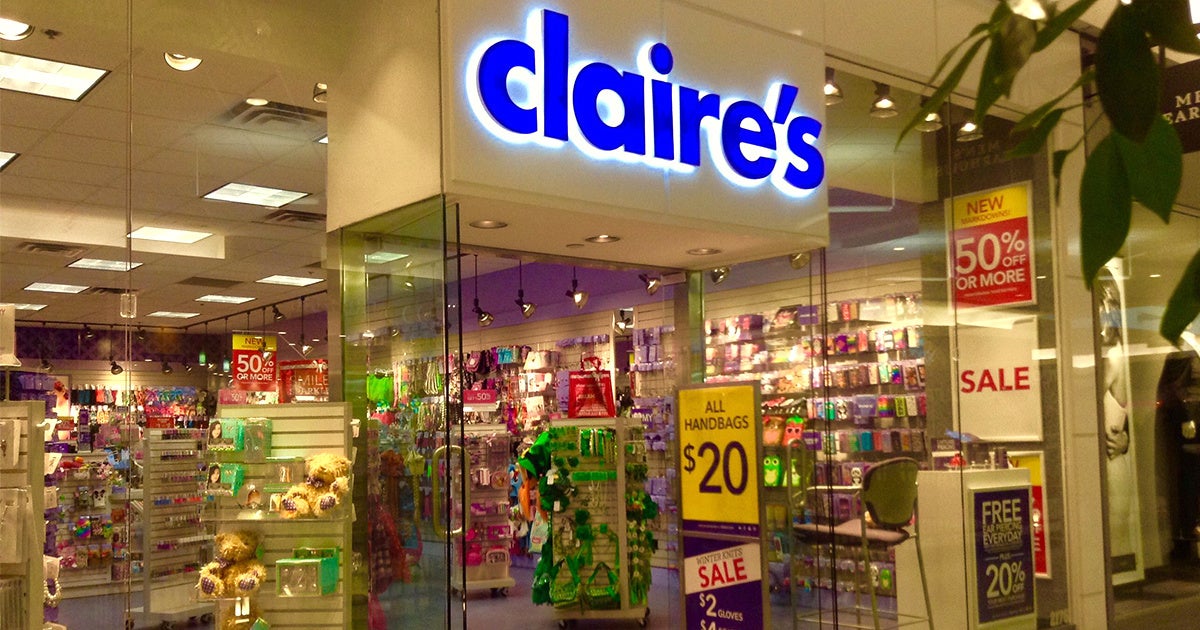 A Claire's store in Waterbury, Connecticut. Mike Mozart / CC BY 2.0

The Food and Drug Administration (FDA) has found more asbestos in make-up sold at Claire’s, an accessory store geared towards young teenagers.

“Claire’s Stores, Inc. has voluntarily recalled the JoJo Cosmetic Kit out of an abundance of caution after testing by the U.S. Food and Drug Administration indicated the possible presence of trace amounts of asbestos fibers in the powder eyeshadow element of the kit,” a company spokesperson told TODAY Style.

The FDA gave the full product details of both cosmetics and urged anyone who owned them to stop using them. They are:

The news comes three months after the FDA warned customers to avoid three Claire’s products that had also tested positive for asbestos. The alarm was first raised about the company’s make-up in 2017, when a Rhode Island mother had her daughter’s make-up kit tested for asbestos. The results prompted the store to recall 17 products.

Personal care products can become contaminated with asbestos because the mineral occurs next to talc, a common cosmetics ingredient. Asbestos can end up mixed in with the talc if the talc is not mined carefully. A similar problem occurred with Johnson & Johnson’s talcum baby-powder, something the company knew about and covered up for decades.

In its statement to Today Style, Clarie’s said its products were safe and that it had taken steps to avoid future contamination.

“Claire’s stands behind the safety of this item and all other Claire’s cosmetic items, as such small trace amounts are considered acceptable under European and Canadian cosmetic safety regulations,” a spokesperson told Today Style. “In addition, last year Claire’s moved to talc-free cosmetic manufacturing to prevent any further concerns about talc contamination. Claire’s also supports increased FDA oversight of personal care products. We will provide a full refund to any customers who purchased the product.”

The incidents have prompted lawmakers to call for better labeling for cosmetic products. After the March discovery of asbestos in Clarie’s make-up, Michigan Democratic Representative Debbie Dingell and Illinois Democratic Representative Jan Schakowsky introduced legislation requiring that all make-up marketed to children come with a warning if it had not been tested for asbestos, Michigan Advance reported.

“Asbestos in children’s cosmetics is simply unacceptable. It is so basic we shouldn’t need legislation to ban it but we do,” Dingell said in a Friday statement reported by Michigan Advance. “Yet again, retailers like Claire’s and Beauty Plus are removing products from their shelves after asbestos was found in their cosmetics. This so despicable; all of us need to be outraged. Congress must pass strong legislation so all cosmetics – especially cosmetics marketed toward children – contain proper warning labels alerting people of dangerous toxins.”

The law governing FDA oversight of cosmetics has not been updated since 1938, and does not require that the agency test cosmetics before they are sold to customers. Democratic California Senator Dianne Feinstein and Republican Maine Senator Susan Collins have introduced the Personal Care Product Safety Act to strengthen the FDA’s regulation of cosmetics and empower it to recall make-up products that it considers unsafe.

Asbestos itself is not fully banned in the U.S. The most recent regulation from the U.S. Environmental Protection Agency (EPA) requires companies to get EPA approval before manufacturing or importing asbestos for any of 15 discontinued uses as well as any new use. Public health advocates have warned that the rule could actually open the door to more future uses of the material that kills between 12,000 and 39,275 Americans a year.