Why Asbestos Is Still a Major Public Health Threat in the U.S. 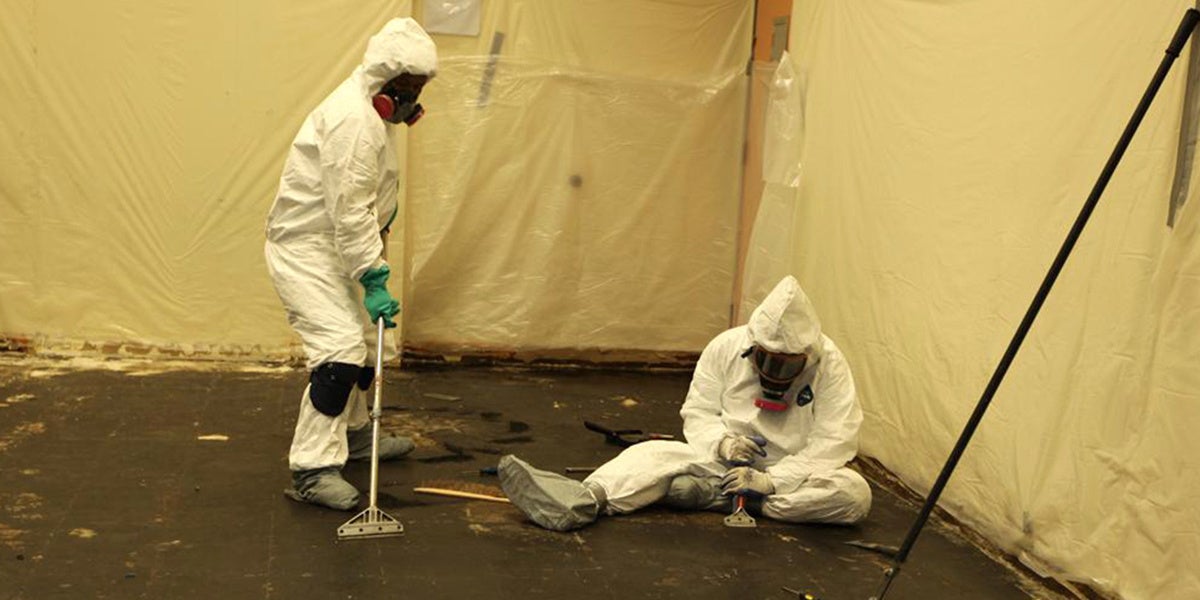 Reports surfaced this month that the U.S. Environmental Protection Agency (EPA) had proposed a significant new use rule (SNUR) for asbestos in June, requiring anyone who wanted to start or resume importing or manufacturing the carcinogenic mineral to first receive EPA approval.

Advocates and some EPA employees raised concerns that the SNUR could pave the way for expanded asbestos use in the U.S., while agency spokespeople maintained the new rule would help the agency better regulate the material that different studies estimate kills between 12,000 and 39,275 Americans a year. But beyond that dispute lay a broader question: Why isn’t asbestos banned in the U.S. altogether?

Sixty-five countries currently ban the fibrous mineral that was once widely used as an insulator and flame retardant in buildings, but the U.S. still is not one of them.

“I think there is … a misunderstanding or a misperception that the asbestos problem has been taken care of, that asbestos is banned, which it isn’t,” Dr. Celeste Monforton, a public health expert who worked for the Department of Labor’s Occupational Safety and Health Administration (OSHA) and Mine Safety and Health Administration (MSHA) during the Bush Sr., Clinton and Bush Jr. administrations and now works at George Washington University, said in an interview.

“It’s really something that the general public, and I even think lawmakers and policy makers, think is a problem of the past,” she said.

The Fight for a Ban

Linda Reinstein is one ordinary American who learned the hard way that the threat of asbestos is very much current.

In 2003, her husband Alan was diagnosed with mesothelioma, an incurable cancer of the lining of internal organs, most often the lungs, that is linked to asbestos exposure.

“The more I searched for care and treatment options, the more angry I became because I knew that this was a man-made disaster,” Reinstein said.

In 2004, she co-founded the Asbestos Disease Awareness Organization (ADAO) with Doug Larkin, whose father-in-law was also sick, and joined a long-running fight against asbestos.

The health effects of asbestos exposure were documented over a century ago, but even as the public health consensus grew, more than 700,000 tons a year were being consumed in the U.S. by the 1960s and 70s, according to a paper in the International Journal of Environmental Research and Public Health. Because of regulations and lawsuits since the 1970s, its use fell to 14,600 tons by 2000 and 343 tons a year by 2015 for use by the chlor-alkali industry, the only U.S. industry that currently imports asbestos.

In 1973, 1975 and 1978, the EPA issued bans on specific uses of asbestos in spray-fireproofing, certain kinds of insulation and all spray applications, respectively. But its attempt to ban most uses of asbestos entirely in 1989 under section six of the 1976 Toxic Substances Control Act (TSCA) was overturned by a court decision in 1991.

The judge ruled, in part, that the EPA had not adequately considered other regulatory options short of a ban and had not assessed the danger of possible replacements, The New York Times reported at the time.

Monforton said the ruling chilled further attempts by the EPA to issue a blanket ban.

“When an agency has an adverse decision from the courts on a regulation it took it many years to do, it is very obverse to doing that again,” Monforton said.

Meanwhile, public health advocates like Reinstein began to work on changing the law to make it easier for the EPA to ban asbestos and other toxic chemicals. ADAO joined with 450 other non-profits in a 10-year push to amend TCSA. During the campaign, asbestos was used as the “poster child” for why the amendment was needed, Reinstein said.

The amendment, the Frank R. Lautenberg Chemical Safety for the 21st Century Act, finally passed in 2016. It required the EPA to conduct safety reviews of chemicals currently on the market, as well as any new chemicals. It also empowered the agency to regulate chemicals based exclusively on their health and environmental risks and removed the need for it to choose the “least burdensome” regulations for industry, according to the advocacy group Safer Chemicals, Healthy Families and the law-firm-sponsored Mesothelioma and Asbestos Awareness Center (MAAC).

When former President Barack Obama signed it into law, he even said, “The system was so complex, it was so burdensome, that our country hasn’t even been able to uphold a ban on asbestos, a known carcinogen that kills as many as 10,000 Americans every year.”

Advocates like Reinstein worked hard to get asbestos added to the list of the first 10 chemicals to be assessed under the new amendment. A full ban was finally on the horizon.

“Or so we thought,” Reinstein said.

In 2016, less than five months after Obama’s speech, Donald Trump was elected president.

“He has been the perfect storm for NGOs, environmentalists, public health because he’s so close with industry,” Reinstein said.

Former chemical industry lobbyists like Nancy Beck now had jobs at the EPA.

When the agency published the initial scoping documents for the first 10 chemicals to be assessed under the amendment in June 2017, it revealed that the assessment would not consider the health risk posed by the millions of tons of asbestos still left in homes and other buildings before its use was widely phased out of construction, which is the current greatest health risk asbestos poses to U.S. residents.

For Monforton, that decision represented a “complete missed opportunity.”

“From a public health perspective, one of the important first steps is really having an understanding of the hazard and where it exists, because you can’t make decisions about addressing the risk unless you know the magnitude of the problem,” she said.

Monforton suspected that policy makers are afraid to conduct that analysis because the problem is so huge. Quantifying it would force them to either fix it or state outright that they weren’t willing to do anything about it. She also thought that attitude was also behind pre-Trump failures to act.

“I cannot say that if we had a different administration that they would be opening up that whole can of worms,” she said.

But if previous administrations have stuck their heads in the sand, Trump is different in that he praises asbestos with eyes wide open.

In 2012, for example, he tweeted that the use of asbestos would have prevented the World Trade Center from collapsing. His love for asbestos is so well known that a Russian asbestos company packed its product in plastic wrap stamped with his image.

Reinstein is worried the administration will continue ignoring asbestos already present in older buildings, continue granting an exception to the chlor-alkali industry to import it and use the SNUR to allow new uses while passing that limited action off as a full ban.

“If the EPA gets away with this, to me, the EPA’s getting away with murder,” she said.

Dr. Raja Flores, the Chairman for the Department of Thoracic Surgery at Mount Sinai Medical Center, who has been treating mesothelioma for more than 20 years, agreed.

“If they spent one day with me in my clinic and they saw the patients, if they came with me into my operating room and saw the damage that this is doing on the inside, if they had any heart at all, they would ban it,” he said.

The EPA has not actually done the limited risk evaluation that would lead to a decision to ban new uses of asbestos or not, but in the meantime Reinstein and others are also pursuing other avenues.

Bills to ban asbestos have been introduced to Congress since Democratic Senator Patty Murray first introduced the Ban Asbestos in America Act in 2002, though none has been signed into law, according to MAAC.

The most recent attempt is the Alan Reinstein Ban Asbestos Now Act, named for Reinstein’s late husband, which was introduced by Oregon Democrats Senator Jeff Merkley and Congresswoman Suzanne Bonamici in November 2017 and February of this year, respectively.

“Asbestos is dangerous and more than 50 countries around the world have banned it—for good reason,” Bonamici said in an email. “Instead of joining them, the Trump administration is ignoring science and proposing to allow new uses of asbestos. That’s unacceptable and takes us in the wrong direction. Congressional leaders must stand up and demand that the EPA follow its mission to protect public health and the environment. Lives are at stake.”

Bonamici said she was working to build bipartisan support for the bill but so far had no Republican co-sponsors.

In the meantime, Flores and Monforton urged people to be aware of the possibility of asbestos exposure when pre-1970 buildings in their neighborhoods are disturbed due to construction or extreme weather and to make sure appropriate action has been taken to keep workers and residents safe.

“Whenever there’s a construction site out there and you’re being exposed to it, whether it’s at work or at home or even on the street, you need to make sure that they’ve looked for asbestos,” Flores said.

Correction: An earlier version of this piece did not attribute information about an amendment to the Toxic Substances Control Act to the advocacy group Safer Chemicals, Healthy Families and did not note that the Mesothelioma and Asbestos Awareness Center (MAAC) is sponsored by a law firm.