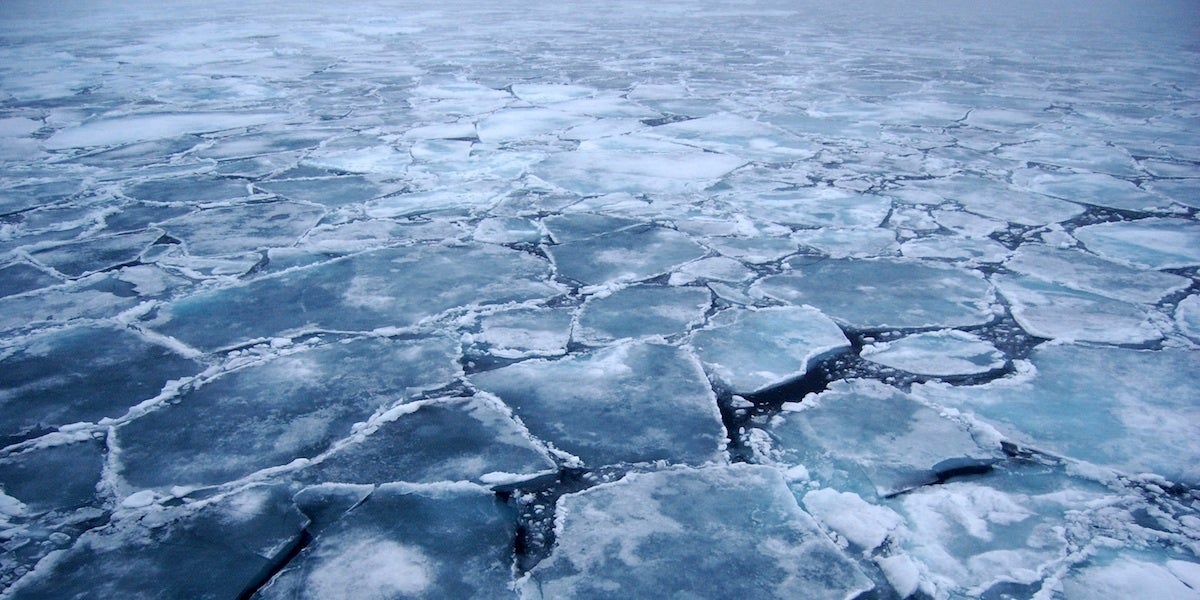 The
Arctic is warming at a rate twice as fast as the rest of the globe, and now the region’s thickest and oldest sea ice—also known as “the last ice area”—is breaking up for the first time on record, the Guardian reported Tuesday.

The breakage has opened up waters north of Greenland that are normally frozen-solid even in the peak of summer.

The loss of ice, which meteorologist Thomas Lavergne called “scary,” has already been seen twice this year due to warm winds and a climate-driven heat wave, according to the Guardian.

So the open water / low concentration patch North for Greenland is still there (and slowly moving westward). Nice and scary. From https://t.co/jPx1JmNayA https://t.co/hGstLYafcW

Much of the Arctic’s oldest ice
has already disappeared. The exception is a region along the northern shores of Canada and Greenland that scientists have dubbed “the last ice area” because it is projected to be Earth’s last stronghold of summer sea ice in the face of climate change.

However, with the new finding, scientists may have to rethink which area of the Arctic will be able to withstand warming the longest.

“Almost all of the ice to the north of Greenland is quite shattered and broken up and therefore more mobile,” Ruth Mottram of the Danish Meteorological Institute told the Guardian. “Open water off the north coast of Greenland is unusual. This area has often been called ‘the last ice area’ as it has been suggested that the last perennial sea ice in the Arctic will occur here. The events of the last week suggest that, actually, the last ice area may be further west.”

Wherever this “last ice area” might be, it will be a critical haven for Arctic species that will be pushed out from their habitats from rapid sea ice loss.

NASA remarked in February that temperatures have soared in the Arctic for the fourth winter in a row: “The heat, accompanied by moist air, is entering the Arctic not only through the sector of the North Atlantic Ocean that lies between Greenland and Europe, as it has done in previous years, but is also coming from the North Pacific through the Bering Strait.”

Climate scientist Zack Labe, who frequently shares striking graphs of the region’s anomalies on his Twitter account, commented that sea ice extent in the Greenland Sea has been at or near a record low for most of this year.

Arctic sea ice is once again pulling away from the coast of far northern Greenland. You can easily see this reflected in the current drift circulation: https://t.co/BkhAkJipgm. Sea ice extent in the Greenland Sea has been at or near a record low for most of 2018. pic.twitter.com/zvOEyNpHut