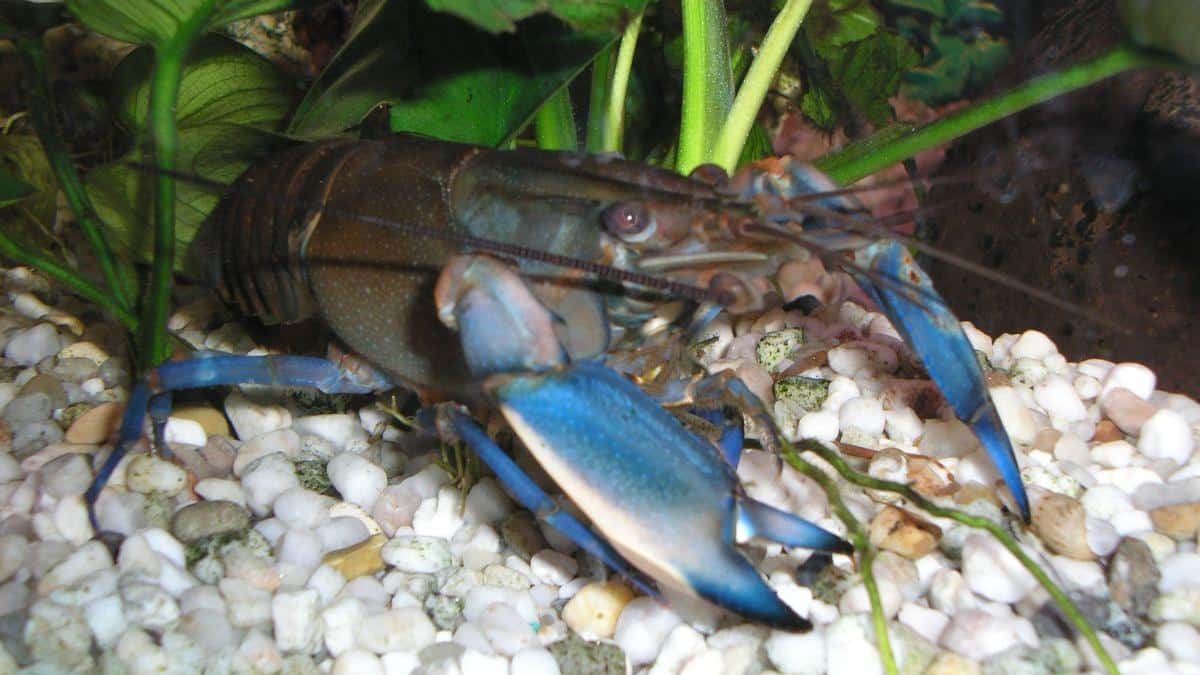 Antidepressants are designed to make humans feel better, but they can have a surprising impact on non-human animals when they enter the environment.

That’s the take-away of a study published in Ecosphere Tuesday, which tested the impact of antidepressants on crayfish, important players in freshwater ecosystems, and found that they altered the animals’ behavior in ways that could threaten their survival.

“Our study is the first to look at how crayfish respond when exposed to antidepressants at levels typically found in the streams and ponds where they live,” lead author and University of Florida assistant professor A.J. Reisinger said in a press release.

To test the impact of common antidepressants on crayfish behavior, the researchers mimicked natural conditions in a lab. In one artificial stream, the water was not treated with any medication. In the other stream, the crayfish were exposed to 500 nanograms per liter of citalopram, a type of selective serotonin reuptake inhibitor (SSRI), as National Geographic reported. The scientists observed the two groups over a two-week period and took notes on their behavior.

What they found was that the crayfish exposed to the antidepressants stuck their heads out of their built-in shelters twice as quickly when they smelled food, emerged altogether almost one minute earlier and spent 400 percent more time in the food section of their environment. For crayfish in the wild, such actions could be dangerous.

“This change in behavior could put them at greater risk of being eaten by a predator,” study co-author and University of Florida assistant professor Lindsey Reisinger said in the press release.

The antidepressants also changed crayfish behavior in ways that could impact their environment. The exposed crayfish actually increased the amount of algae present in their artificial streams, The Guardian reported.

“We think that’s because they are both stirring up a little bit of sediment on the bottom but also they are excreting when they feed on stuff on the bottom of the stream,” A. J. Reisinger told The Guardian. “So crayfish are changing kind of where and how many different microbial components of the ecosystem are located.”

However, the researchers found that exposing the crayfish to antidepressants did not alter the overall rates of photosynthesis or energy consumption in their ecosystem, potentially because the study period was so short.

The research is not the first to indicate that human medication might alter animal behavior. These medications can end up in waterways by various means, as National Geographic explained. Humans excrete them as urine, wastewater plants aren’t designed to filter them and sometimes individuals or companies will pollute the environment directly by washing them down the sink or other improper disposal methods. Once there, SSRIs can decrease anxiety-like behaviors in aquatic animals or make them more aggressive or mobile.

None of this, of course, is an argument against taking necessary medications.

“The answer is not for people to stop using medications prescribed by their doctor. One big way consumers can prevent pharmaceuticals from entering our water bodies is to dispose of medications properly,” A.J. Reisinger said in the press release.

This means never flushing them down the drain, taking them to drug take-back events if possible and disposing of them safely in a trash can if not. To do so, remove the medication from its packaging; put it in a sealed container with coffee grounds, cat litter or some other undesirable substance; remove your personal information from the medicine container and put both the empty container and the medicine in the trash.