Scientists Study Ice Shelf by Listening to Its Changing Sounds 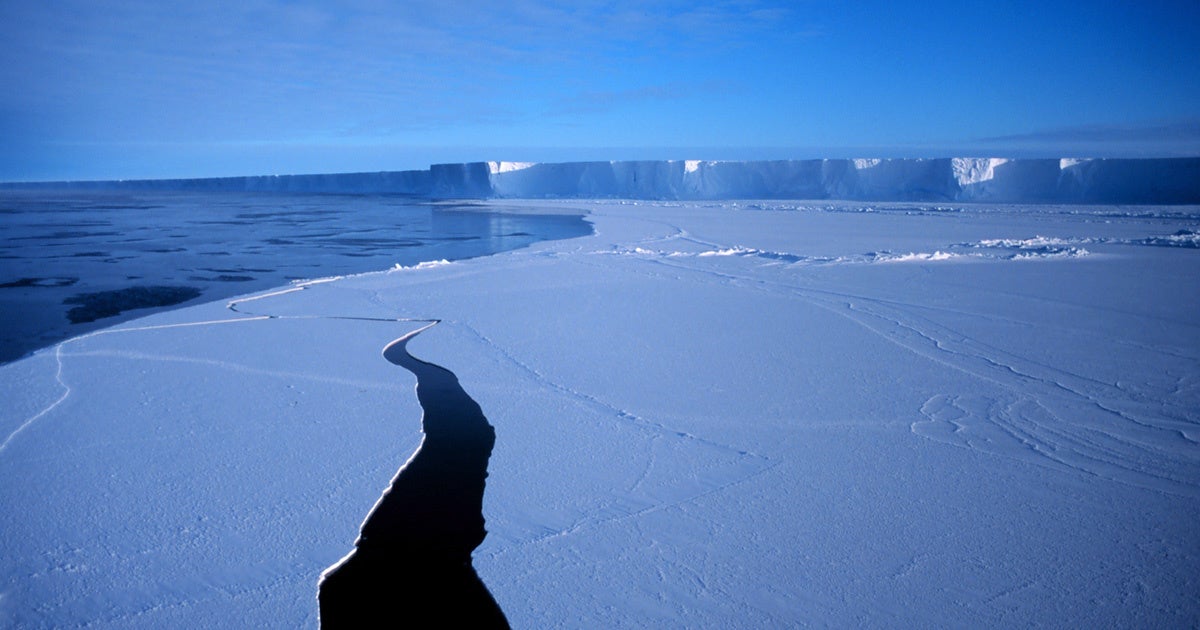 The Ross Ice Shelf at the Bay of Whales. Michael Van Woert, NOAA

Researchers monitoring vibrations from Antarctica‘s Ross Ice Shelf were flabbergasted not long ago to hear something unexpected—the ice was “singing” to them. “We were stunned by a rich variety of time-varying tones that make up this newly described sort of signal,” said Rick Aster, professor of geosciences at Colorado State University, one of the scientists involved in the study.

Researchers set out to study low-frequency vibrations that arose from earthquakes and ocean waves. They were surprised to hear the ice sheet “singing” after examining the higher frequencies. The sound, which resembled a low moan, turned out to be a valuable tool. “The tones in these signals shift when the surface of the ice shelf is disturbed by changes in surface dunes or near-surface melt,” Aster said.

Changes in the ice shelf’s seismic hum could alert scientists when “melt ponds” or cracks appear in the ice, indicating that the ice may become vulnerable to breaking off—a mounting concern as climate change fuels extensive melting. Ice shelves all over Antarctica are becoming thinner, and some have collapsed or retreated due to rising ocean and air temperatures. In the past, these shelves have sometimes collapsed suddenly, without notice.

Climate scientists are concerned about ice shelves on the edge of Antarctica because they hold back large inland glaciers, “like a cork in a bottle,” Aster said. Those glaciers then melt into the ocean, raising sea levels. Scientists watched that happen after the Larsen B ice shelf collapsed in 2002—glaciers behind the ice sheet began to thin. All told, Antarctica is home to roughly 7 million cubic miles of ice which, if it melted, would raise sea levels around 200 feet. 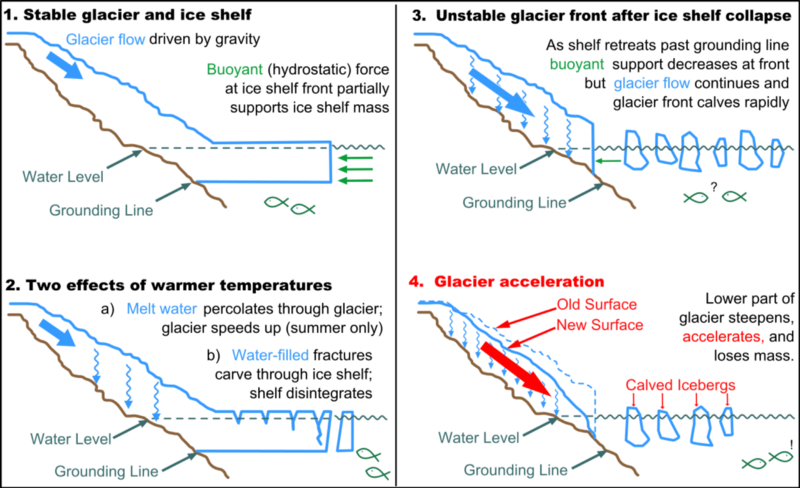 Melting ice doesn’t just add water to the sea. It also changes how that water is distributed. That’s because the Antarctic ice sheet exerts a gravitational pull over surrounding waters. “The ice sheet is so massive that it attracts a bulge of ocean close to the continent,” Aster said. “When the icecap melts, this bulge relaxes and sea level goes up on the other side of the planet.” This produces more coastal flooding in the northern hemisphere.

Researchers studied the Ross Ice Shelf, a Texas-sized plate of ice that floats atop the Southern Ocean. The Ross Ice Shelf—Antarctica’s largest ice shelf—is covered in thick blankets of snow, often several meters deep, that are topped with massive snow dunes, like sand dunes in a desert. This snow layer insulates the underlying ice from heating when temperatures rise. 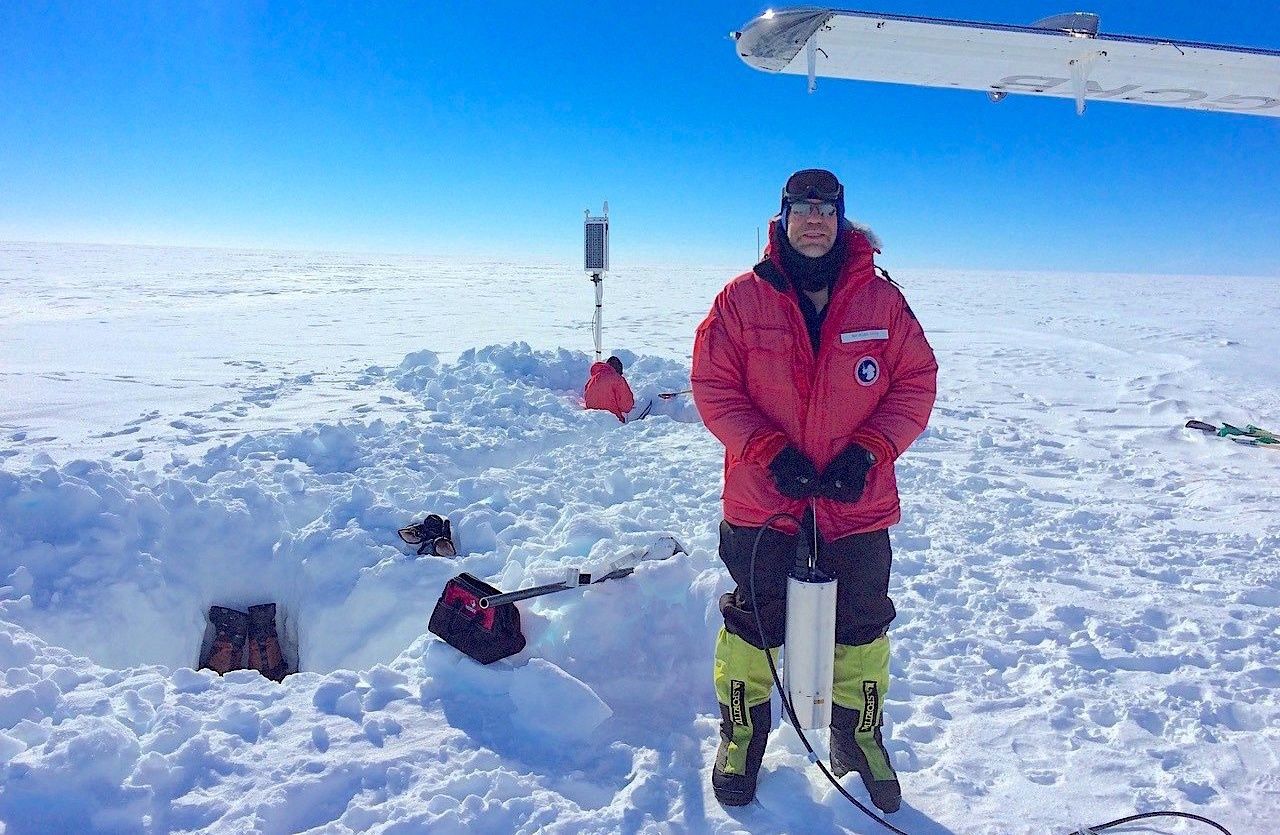 The newly discovered noises are the result of winds blowing across snow dunes on the Rise Ice Shelf. This causes the ice surface to vibrate, producing near-constant seismic “tones” that researchers can use to monitor melting and other changes from afar. The study appears in Geophysical Research Letters, a journal of the American Geophysical Union.

Scientists currently use a variety of methods to monitor an ice shelf—analyzing snow pits, for example, or gathering satellite data. According to Aster, “we may eventually be able to model critical elements of its structure using seismology alone,” meaning scientists could track the melt of the ice sheet by listening to its song, using other tools to confirm what they found. 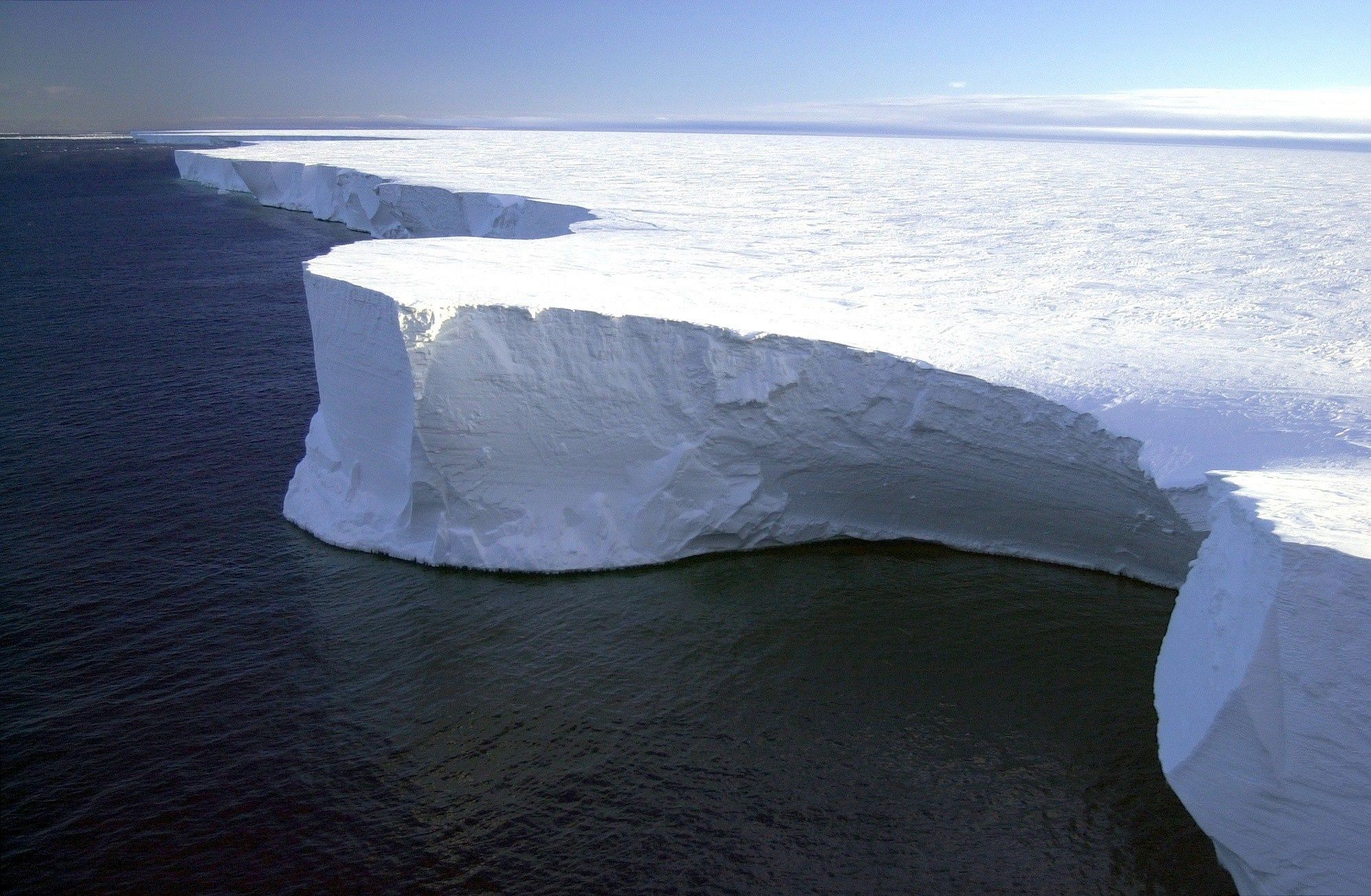 “We can also see the rearrangement of drifted snow, that is, dunes at the surface, or instances where new snow is deposited or blown away,” he added. “This tool provides site-specific information about the ice shelf that can be monitored continuously, which is something you can’t do digging snow pits.”

The researchers buried 34 extremely sensitive seismic sensors under the snow across the ice shelf for two years, from late 2014 to early 2017, which allowed them to monitor its vibrations, structure and movements. They discovered that the shelf nearly continuously sings at frequencies of five or more cycles per second, stimulated by winds that blow across its dune‐like landscape. 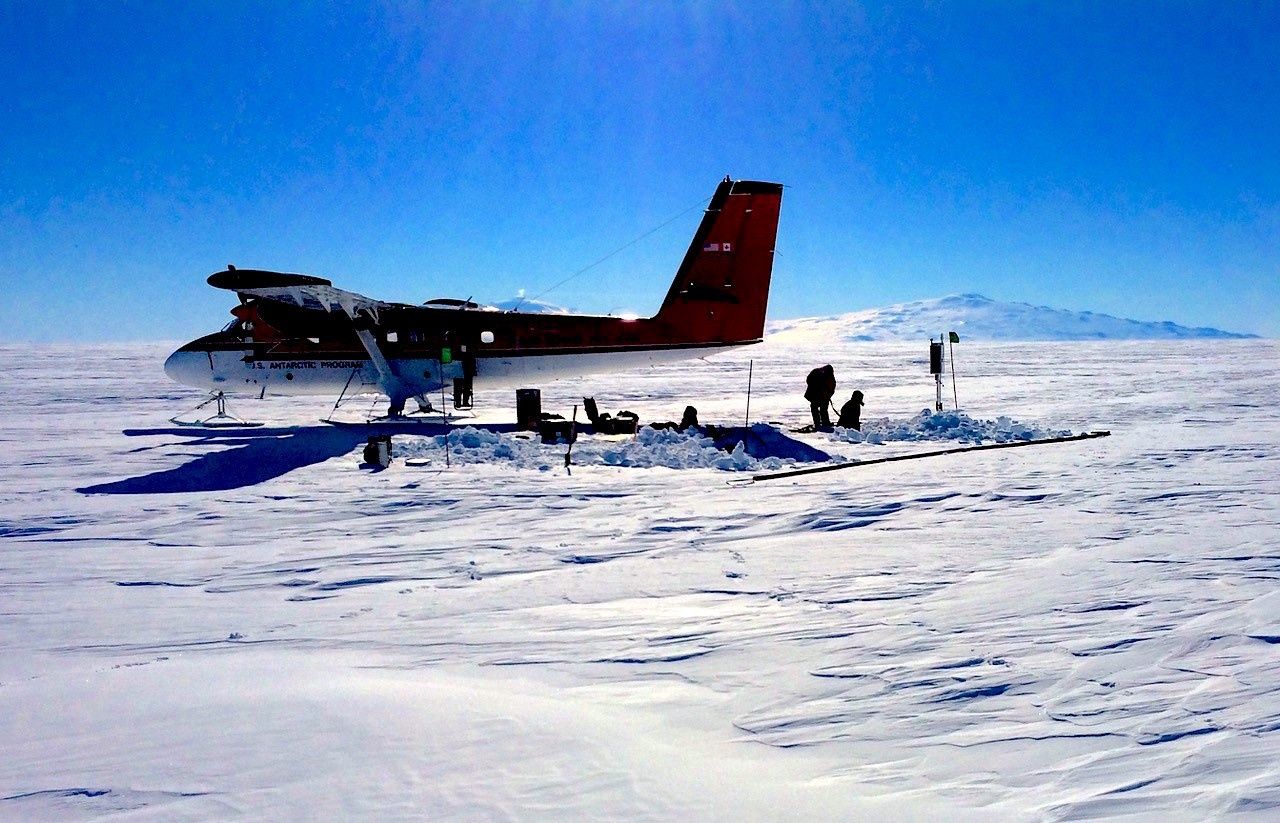 They also found changes in frequency whenever storms whipped up the snow dunes, or when the air got warmer or colder. “It’s kind of like you’re blowing a flute, constantly, on the ice shelf,” said Julien Chaput, a geophysicist and mathematician at Colorado State University and lead author of the study. “Either you change the velocity of the snow by heating or cooling it, or you change where you blow on the flute, by adding or destroying dunes. And that’s essentially the two forcing effects we can observe.”

As the ice shelf changes its tune, “we can track extremely sensitive details about it,” Chaput added. “Basically, what we have on our hands is a tool to monitor the environment and its impact on the ice shelf.”