What Is Acoustic Ecology? We Have 5 Questions 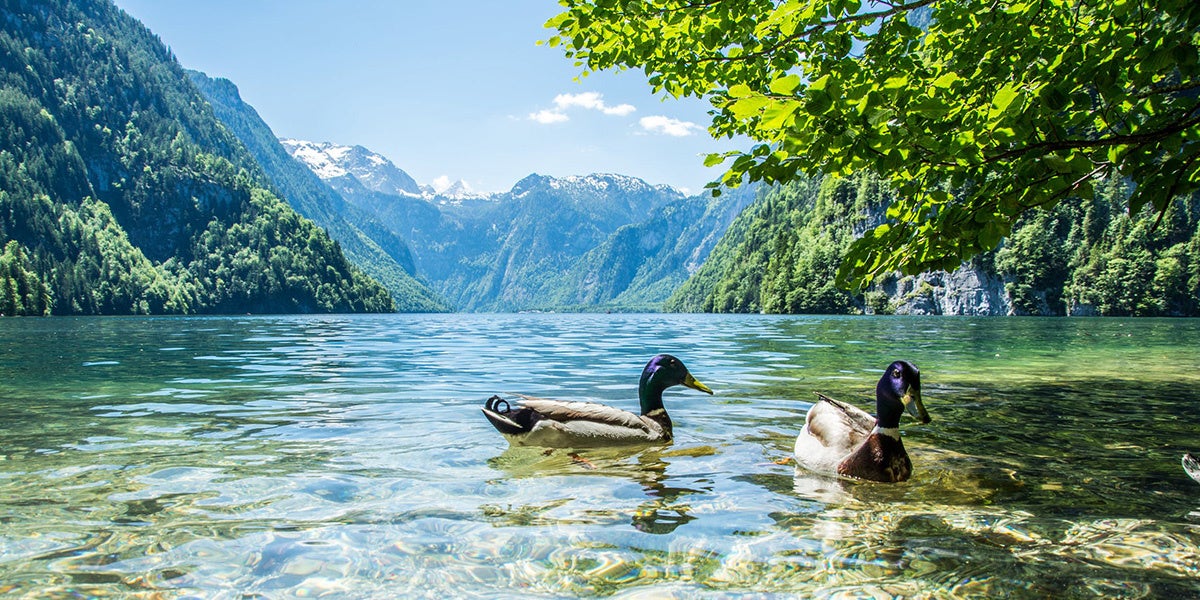 The sound of ants communicating with each other by scraping their legs on their bodies.

The echoes under the surface of a small freshwater pond.

The sound of a pine forest dying.

These are just a few of the sounds David Dunn has investigated in his decades as a composer, musician, acoustic ecologist and audio engineer. His compositions, soundscapes and other projects fuse art and science, inviting us to pay close attention to nonhuman activities and environments that usually pass beneath our notice.

Recently Dunn has applied his bioacoustical research to the problem of dying pine forests. For almost two decades, pine trees across the American west have been decimated by bark beetles, whose populations have exploded due to warming temperatures. The beetles have destroyed over 45 millions of acres of pine trees, disrupting ecosystems and altering landscapes—and they show no signs of stopping. Dunn and his collaborators have been awarded a patent for technology and protocol that uses sound to disrupt key behaviors and life stages of bark beetles to slow the devastation of pine forests.

The Revelator asked him about his approach to the art and science of acoustical ecology.

What are you listening to today?

It probably sounds odd for a composer to say that as I’ve gotten older, my listening habits have moved away from intentionally listening to music. Obviously, I listen to my own work when I’m working on it but beyond that I don’t find listening to other music as useful or as interesting as I used to. I still enjoy it but it doesn’t fulfill the kind of purpose, for myself, that it seems to for other people: emotional/intellectual stimulation, setting a mood, background ambience, etc. It’s mostly become too familiar to have that kind of effect upon me. Instead I spend more time seeking out complex soundscapes and auditory phenomena in the world that are novel or in constructing sounds that are unfamiliar and unpredictable.

What came first for you, music or the sounds of nature? Or are they the same thing?

I believe that the sounds of nature come first for all of us and that music is something that we learn to differentiate from those natural sounds through cultural influence. We are all very sensitive to the vibratory substrate of our mother’s womb, and that is, most likely, the initial patterning that allows us to make sense of both the sounds of the natural world and what we later come to regard as music. The sounds and rhythms of our mother’s physiology are so similar to those of the other living things around us and to those of musical expressions in many traditional cultures. What also seems possible is that we learn to perceive these patterns in utero as we revisit the evolutionary stages of life that we pass through: Ontogeny recapitulates phylogeny.

What do you hope listeners learn or take away from your compositions?

It is probably different for every composition or project. However, they may all share the aspect that, aside from the plethora of other cultural uses that music has been put to, music exhibits a few critical epigenetic characteristics. It is obviously an important force for creating social identity and cohesion, but I also think it’s a primary way that we actually evolve the sensitivity and capacities of our aural sense. Furthermore, it may be a strategy for conserving ways of communicating with the nonhuman world that we share with other forms of life. One aspect of that is my belief that music (and dance) is one of the only ways in which we can express our experience of “time” in a manner that is not purely abstract.

How do your artistic sensibilities help you to approach things from a scientific perspective?

Artists and scientists bring something significant to each other when they take the time to truly understand how the jobs of art and science are different and that we usually need to admit that they are each much larger than our prosaic assumptions tell us. Science seeks to understand and describe essential mechanisms in nature through a rigorous rational process. Art seeks to understand and describe the world through perceptual processes and a greater reliance upon the human gift of imagination. Serious problems arise when these two domains lose sight of each other. Gregory Bateson said it best: “Rigor alone is paralytic death, imagination alone is insanity.”

What advice would you give to other artists and scientists to help them collaborate?

Too often the attempt to create a substantial interdisciplinary collaboration between art and science has been stuck in an abstract and largely philosophical discourse. My experience has been that this problem can be transcended by involving practitioners who are willing to get into the trenches together and try to address real-world problems. However, this is only possible when each side of this process has realistic expectations, remains open to discovery, and maintains true respect for how these processes are both distinct and complementary.