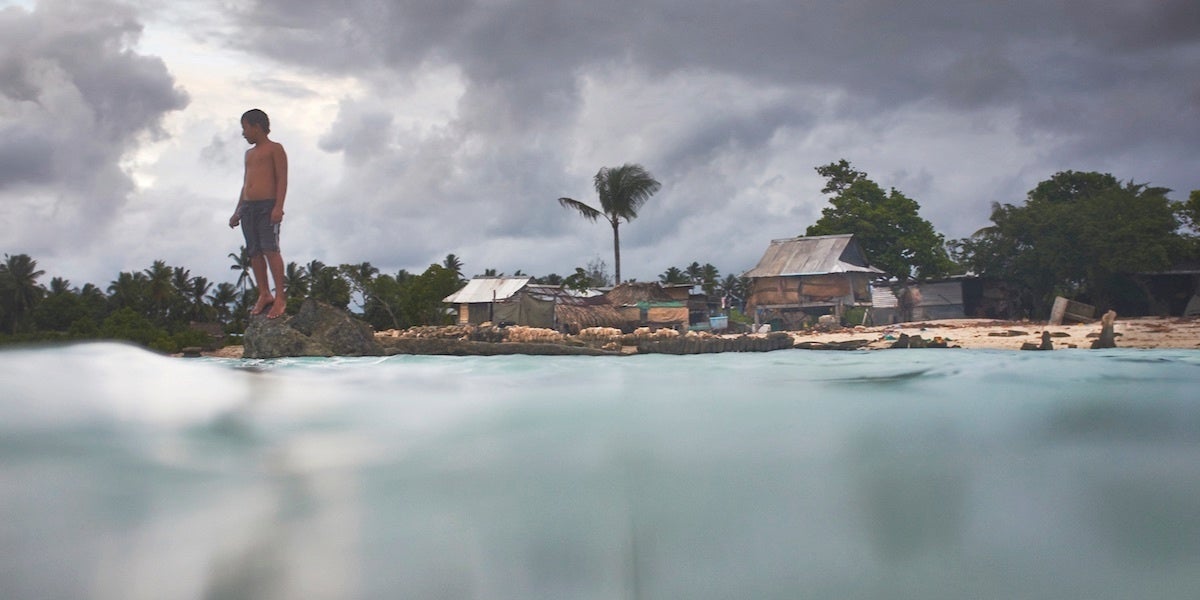 To some,
climate change might feel like a distant problem that does not affect our everyday lives. Some even treat the global phenomenon with downright indifference or label it a “hoax.”

Of course, climate change is not a faraway threat. The destructive effects of a warming world are very real and are felt today, especially in the low-lying Pacific island nation of
Kiribati.

The island republic could become one of the first countries to disappear from
sea level rise, as Director Matthieu Rytz shows in his feature documentary, Anote’s Ark, a stunning film EcoWatch is honored to sponsor at the 42nd Cleveland International Film Festival.

Kiribati is made of 33 coral atolls with most of the land only a few feet above sea level. Recently, the National Oceanic and Atmospheric Administration
warned that global average sea level rise could reach up to 8.2 feet by 2100.

Scientists predict that Kiribati could be completely swallowed by rising seas and storm surges within decades. Its 100,000 residents have already felt the impacts of climate change, including high tides that inundate their homes, flood their crops and contaminate their drinking water supply.

Tong, who served as president for three successive terms from 2003 to 2016, races to find options, from advocating in international
climate negotiations to investigating the possibility of building underwater cities or even floating islands.

Tong has warned that islanders will inevitably have to start leaving Kiribati because of rising waters.

“Relocation, no matter how undesirable, must therefore be the brutal reality of the future of atoll island nations, and part of the solution,” he
said in 2016. 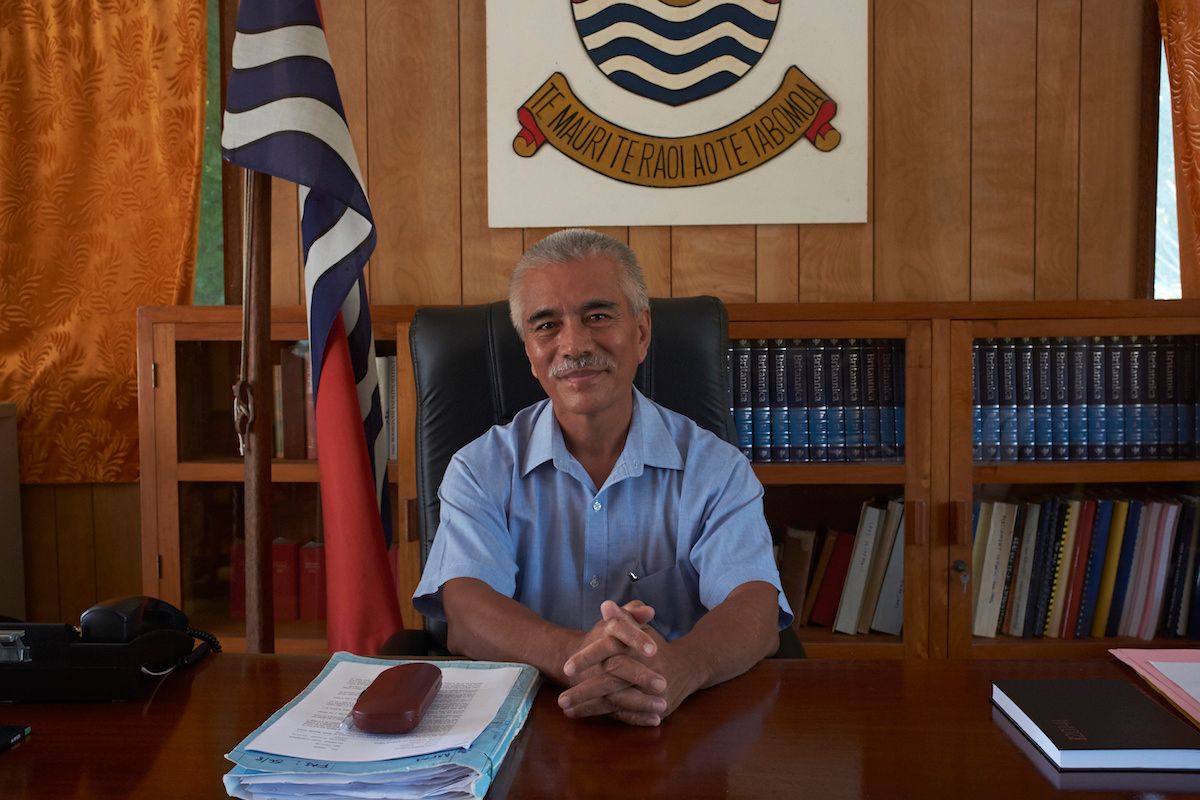 The documentary also follows Sermary Tiare, a young mother of six, who must decide whether to leave her home and migrate to a new life in New Zealand.

Rytz
spent four years traveling between his home in Montreal to Kiribati to make the feature-length film.

“I feel honored, and also entrusted with a great responsibility, to tell this small nation’s story before it disappears,” he
said.

“I want this film to give a voice to the people of Kiribati. I want the world to see their commitment to caring for people, their respect for the natural world, and their dignity and grace as they face the loss of their entire country,” he added.

“They are leading by example, and we must listen, and learn from them, before their fate becomes our own.”

The Cleveland International Film Festival kicks off on April 4. Anote’s Ark will be shown on April 10 and 11.