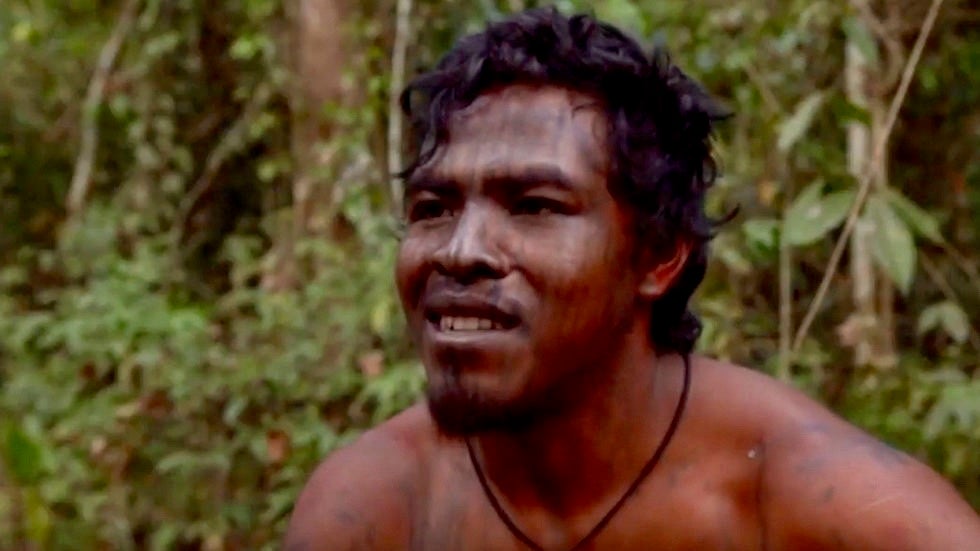 Paulo Paulino Guajajara was 26 years old and was shot in the face. A partner with him was injured but escaped. euronews / YouTube screenshot

Paulo Paulino Guajajara, in his 20s, was a member of the Guajajara group Guardians of the Forest, which was formed in 2012 to protect the Araribóia reservation in Brazil’s Maranhão state. In an interview with Reuters in September, he said that his work had become more dangerous.

“I’m scared at times, but we have to lift up our heads and act. We are here fighting,” he said.

Another guardian, Laércio Guajajara, was also shot and taken to the hospital, The Guardian reported. One of the loggers is also missing.

“We will spare no effort to bring those responsible for this serious crime to justice,” he tweeted, as The Guardian reported.

But indigenous rights groups blamed the Bolsonaro government for the killing, since the president has promised to open indigenous reserves to extractive industries.

“The increase in violence in indigenous territories is a direct result of his hateful speeches and steps taken against our people,” the Association of Brazil’s Indigenous Peoples (APIB) said in a statement reported by Reuters.

A report from Brazil’s Indigenous Missionary Council found that there were 160 land invasions of indigenous territories during the first nine months of Bolsonaro’s presidency, two times the number from the year before, according to Amazon Watch.

“While it is the constitutional duty of the Brazilian government to protect indigenous territories and ensure the safety of their peoples, what we are witnessing today is genocidal violence abetted by the criminal Bolsonaro regime,” Amazon Watch program director Christian Poirier said. “Bolsonaro has launched an open attack upon indigenous rights and lands, abandoning native peoples to defend their territories against invasions, illegal logging, mining, and land grabbing. This regime has indigenous blood on its hands.”

The killing comes as seven indigenous leaders are touring Europe to raise awareness about human rights abuses under Bolsonaro as part of a campaign called “Indigenous Blood: Not A Single Drop More.”

“It’s time to say enough of this institutionalized genocide,” Sônia Guajajara, APIB leader and one of the participants in the tour, said in a tweet reported by Reuters.

The Araribóia reserve stretches 1,595 square miles and is home to around 5,300 indigenous Brazilians, both from the Guajajara tribe and the entirely isolated Awá, according to The Guardian. It was a site of violence even before Bolsonaro took office, as loggers targeted the area that holds most of the rainforest left in Maranhão state. Roberto Cabral, a former enforcement operations coordinator with Brazil’s environmental agency Ibama, was shot there in 2015.

Forest guardian leader Olímpio Guajajara released a video in June calling for help from the Brazilian government because gunmen were being paid to kill indigenous people and shooting at indigenous homes.

“We don’t want war, we want to resist,” he said, as The Guardian reported. “We want the Brazilian authorities to help protect the lives of the Guardians that are threatened.”

Sarah Shenker, senior research and advocacy officer at Survival International, told The Guardian that Paulino’s death was “a crime foretold.”

Paulino is survived by one son, according to Reuters.

“We are protecting our land and the life on it, the animals, the birds, even the Awá who are here too,” Paulino told Reuters in September. “There is so much destruction of Nature happening, good trees with wood as hard as steel being cut down and taken away. We have to preserve this life for our children’s future.”