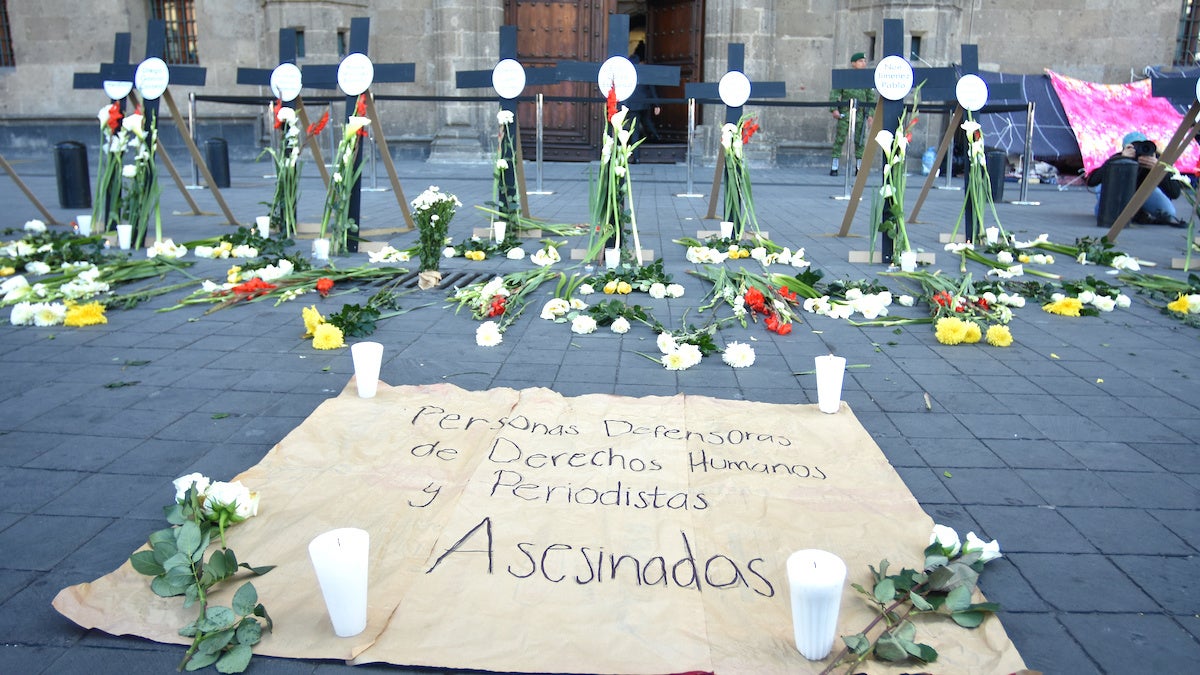 A floral offering for the Mexican environmental activist Samir Flores Soberanes on Feb. 22, 2019 in Mexico City, Mexico. The activist was found dead in his home before a controversial thermal-electric plant and pipeline referendum that he opposed. Carlos Tischler / Getty Images

While 2019 saw a massive uptick in environmental activism around the world, with climate strikes and the Extinction Rebellion campaign surging in popularity, the work of defending the environment on the front lines became more deadly than ever.

In 2019, a record number of environmental activists were killed for trying to protect land and water resources from mining, agribusiness and fossil fuel interests, according to a report released Wednesday by Global Witness, as CNN reported.

The number of activist deaths that Global Witness recorded was 212, a nearly 30 percent increase from 2018, when the organization recorded 164 deaths linked to environmental activism. The NGO also warned that the true number is likely higher since many deaths go unreported, according to The Guardian.

Global Witness says the problem has continued during 2020, as the COVID-19 lockdowns have left environmental activists as “sitting ducks” inside their own homes, as The Guardian reported.

“Agribusiness and oil, gas and mining have been consistently the biggest drivers of attacks against land and environmental defenders – and they are also the industries pushing us further into runaway climate change through deforestation and increasing carbon emissions,” said Rachel Cox, a campaigner at Global Witness, as The Guardian reported.

“Many of the world’s worst environmental and human rights abuses are driven by the exploitation of natural resources and corruption in the global political and economic system. Land and environmental defenders are the people who take a stand against this,” she added.

Colombia replaced the Philippines as the deadliest spot for environmental activists. The report found 64 land rights activists were killed in Colombia last year – up from 25 in 2018 – the highest level Global Witness has ever recorded in the country, according to Reuters. The Philippines had 43 killings. Brazil was third on the list with 24 murders. Ninety percent of them took place in the Amazon region, according to CNN. More than two-thirds of the 2019 killings took place in Latin America.

A change in the power dynamics after the 2016 peace agreement between the Colombian government and the FARC rebels has been pinpointed as a potential driver of the rising violence, especially in rural areas, where criminal gangs are repositioning themselves in formerly guerrilla-held regions, according to The Guardian.

Colombia’s Cauca province saw the highest number of killings last year, with 24 land defenders murdered. A report from the Business and Human Rights Resource Centre this year found 44 percent of attacks from 2015 to 2019 linked to operations in Colombia were against defenders who raised concerns about five companies including Cerrejón, which is jointly owned by BHP, Anglo American and Glencore, as Reuters reported.

The Philippines was the deadliest country in Asia, and the second deadliest worldwide, according to the report. The policies of Philippine president Rodrigo Duterte criminalize environmental activism as a terrorist act against the country, making it increasingly difficult for people to protect forests and waterways.

“[The Philippines] has been consistently named as one of the worst places in Asia for attacks against defenders,” the report says, as Mongabay reported. “The relentless vilification of defenders by the government and widespread impunity for their attackers may well be driving the increase.”

Europe remains the least affected region, with two killings in Romania related to illegal logging. Seven killings were recorded in Africa, but verifying cases is a problem in the region, said Global Witness, as CNN reported.

“If we really want to make plans for a green recovery that puts the safety, health and well-being of people at its heart, we must tackle the root causes of attacks on defenders, and follow their lead in protecting the environment and halting climate breakdown,” said Cox in a press release, according to CNN.