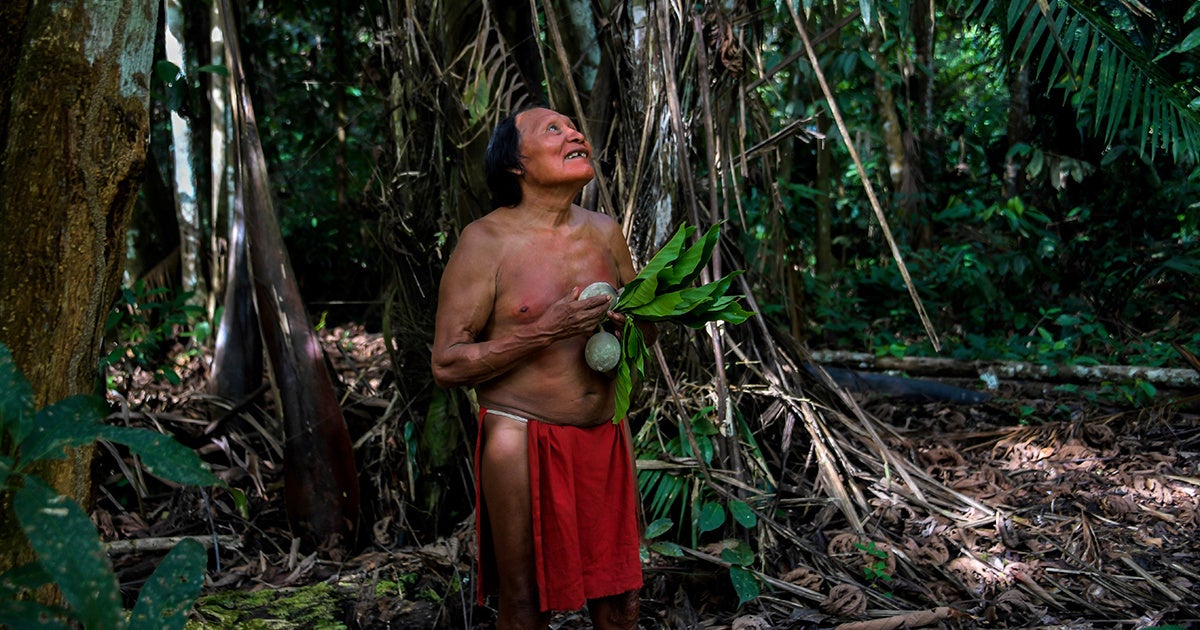 The violence confirms fears that right-wing President Jair Bolsonaro‘s promises to open protected lands to mining and other extractive industries will have devastating consequences for indigenous communities.

“The president is responsible for this death,” opposition Sen. Rodolfe Rodrigues told The New York Times.

Brazil: Indigenous peoples across the Amazon are at risk of this violence “The killing comes as miners & loggers are making increasingly bold & defiant incursions into indigenous territories, with the explicit encouragement of Brazil’s far-right president” https://t.co/qcUmn21EYL

Rodrigues received an urgent voice message from leaders of the Wajãpi tribe, who live in the state of Amapá in Northern Brazil.

“They are armed with rifles and other weapons,” community leader Jawaruwa Waiãpi said in the message. “We are in danger. You need to send the army to stop them.”

Federal police arrived in the area Sunday, and both police and the federal prosecutors’ office said they would investigate the incident, BBC News reported.

The murdered leader was identified as 68-year-old Emyra Wajãpi. His body was found with stab wounds in a river Wednesday, according to Brazil’s indigenous rights agency Funai.

A leader of the Wajãpi tribe, Emyra Wajãpi, has been murdered in Brazil. Although no Wajãpi witnessed the killing, they believe Emyra was killed by outsiders.

Reports of what happened next are mixed. Armed miners entered the village of Yvytotõ Friday, occupying a home and prompting the villagers to flee 40 minutes on foot to Mariry village, according to accounts from BBC News and Survival International. The Guardian reported that villagers fled Mariry to the larger village of Aramirã, where shots were fired on Saturday. BBC News reported that 10 to 15 miners invaded, while The Guardian and The New York Times put the number at dozens.

“The garimpeiros [miners] invaded the indigenous village and are there until today. They are heavily armed, they have machine guns. That is why we asking for help from the federal police,” 26-year-old tribe member Kureni Waiãpi, who lives in Pedra Branca do Amapari, said, as The Guardian reported. “If nothing is done they will start to fight.”

As the villagers sent their message pleading for help Saturday, Bolsonaro once again expressed his desire to open indigenous reserves to mining, speaking of the resources located in the Raposa Serra do Sol and Yanomami reserves, where mining invasions are common.

“I’m looking for the ‘first world’ to explore these areas in partnership and add value. That’s the reason for my approximation with the United States. That’s why I want a person of trust in the embassy in the USA,” Bolsonaro said, according to the O Globo newspaper, as The Guardian reported. Bolsonaro has come under fire for his plan to appoint his son Eduardo as the U.S. ambassador.

Rodrigues said the weekend’s incident was the first invasion of Waiãpi land in 30 years, according to BBC News.

Invasions like this one are “encouraged by the irresponsible, authoritarian and prejudiced stance of the current government — especially President Bolsonaro — and its attack on the rights of this country’s first peoples,” the Coordination of Indigenous Organizations of the Brazilian Amazon said in a statement reported by Survival International.

The Waiãpi were first contacted in 1973 when Brazil’s military dictatorship built a highway through part of their land, bringing miners and deadly diseases. Their territory was officially recognized in 1996. Today, around 1,500 Waiãpi live in the protected area, according to Survival International.