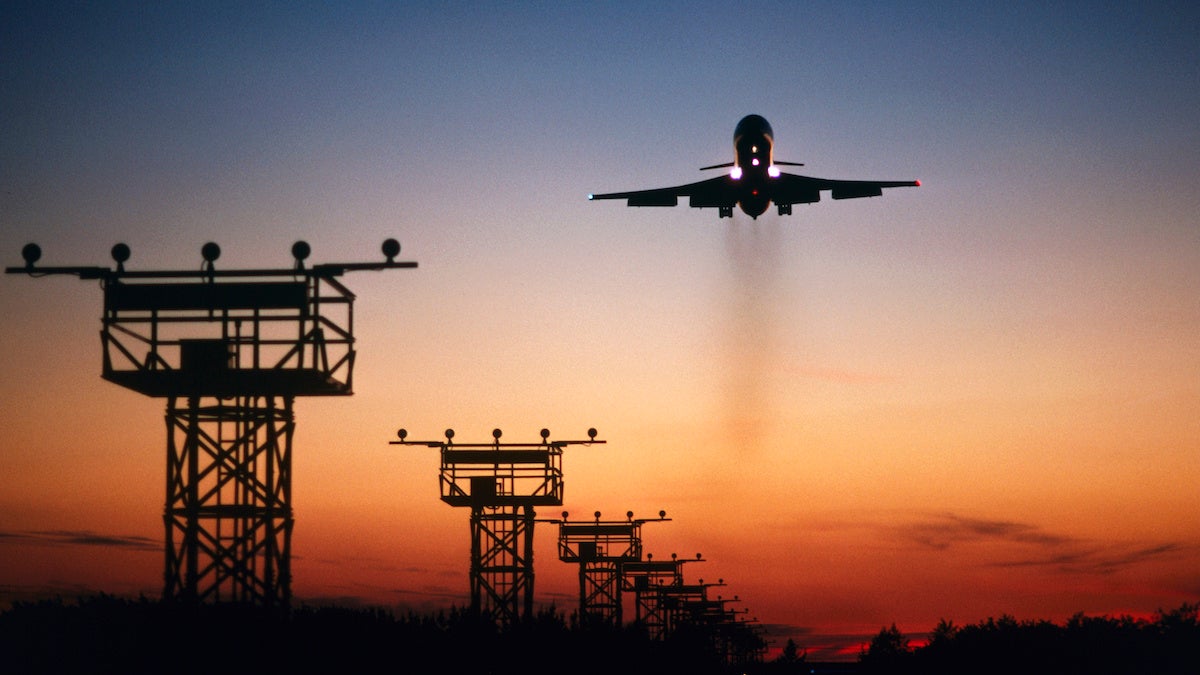 A Boeing 727 flies over approach lights with a trail of black-smoke from the engines on April 9, 2018. aviation-images.com / Universal Images Group via Getty Images

With global air travel at a near standstill, the airline industry is looking to rewrite the rules it agreed to tackle global emissions. The Guardian reports that the airline is billing it as a matter of survival, while environmental activists are accusing the industry of trying to dodge their obligations.

The governing body of the airline industry, the International Air Transport Association (IATA) has warned that airlines will start to pull out of a plan to offset and reduce carbon emissions if the International Civil Aviation Organization does not amend the rules, according to The Guardian.

The issue is that future offsets are determined by a benchmark that averages emissions from 2019 and 2020. The higher the emissions are, the higher the bar will be set and the less the airlines will have to pay. Rather than commit to a low-carbon future, though, the airline-lobbying group is complaining that the global pandemic has reduced emissions so drastically that it will push the average down too much and future carbon targets will be too steep a challenge, as The Guardian reported.

The Green Alliance found that before the coronavirus lockdowns the airlines’ plans to reduce emissions would not meet the requirements of the Paris agreement.

As The Guardian reported, James Elliott, a Green Alliance policy adviser, said, “Calls to reduce burdens on the [aviation] sector as it recovers are understandable. But the climate emergency also presents an urgent challenge which must be addressed. If the sector cannot find ways to rebuild itself sustainably after the Covid-19 crisis, it will face painful disruption again in the future as its part in the climate emergency has to be addressed.”

A new investigation by Unearthed revealed that the airline industry is coordinating efforts around the world to push governments and airports around the world to roll back environmental taxes. Furthermore, the papers Unearthed found are a strategy to lobby for public money to be poured into funds to restart or maintain air travel and for any planned tax increases to be delayed for up to a year.

Emirates, America’s largest international airline, has gone one step further than the IATA recommended and asked the New York Port Authority to defer any tax obligations until 2022, according to a letter from the CEO of Emirates, as reported by Unearthed.

Jo Dardenne, aviation manager at campaign group Transport and Environment, told Unearthed, “We fear that this list of demands is a way for airlines to reduce charges not only now but also once things go back to ‘normal’.

“Any financial aid to the sector should be conditional on them paying their taxes and committing to governments’ plans to regulate the climate impact of the sector. Given the current climate emergency, governments can’t afford to be bailing out polluting sectors without strict green conditions.”

IATA’s director general, Alexandre de Juniac, told The Guardian that the industry was not relinquishing its responsibilities.

“We haven’t given up our environmental goals … After the recovery we will continue to reduce emissions and noise footprints – that hasn’t changed,” he said. “This crisis is a matter of survival for the industry … We are asking governments for urgent help. Of course we will comply with our environmental obligations. Before that, we have to survive – or there will be no issue with the environment, the industry will have disappeared.”

Greenpeace, however, is appalled by what the industry is asking for and takes issue with carbon offsets as responsible environmental stewardship. “At the same time as they’re asking for huge government bailouts, airlines are also lobbying furiously to dodge their obligations towards cutting carbon emissions,” said John Sauven, Greenpeace UK’s executive director, as The Guardian reported. “Offsetting schemes have always been big polluters’ favorite excuse to carry on polluting while shifting responsibility for their emissions to someone else. The industry’s current proposal would only make the buck-passing easier.”