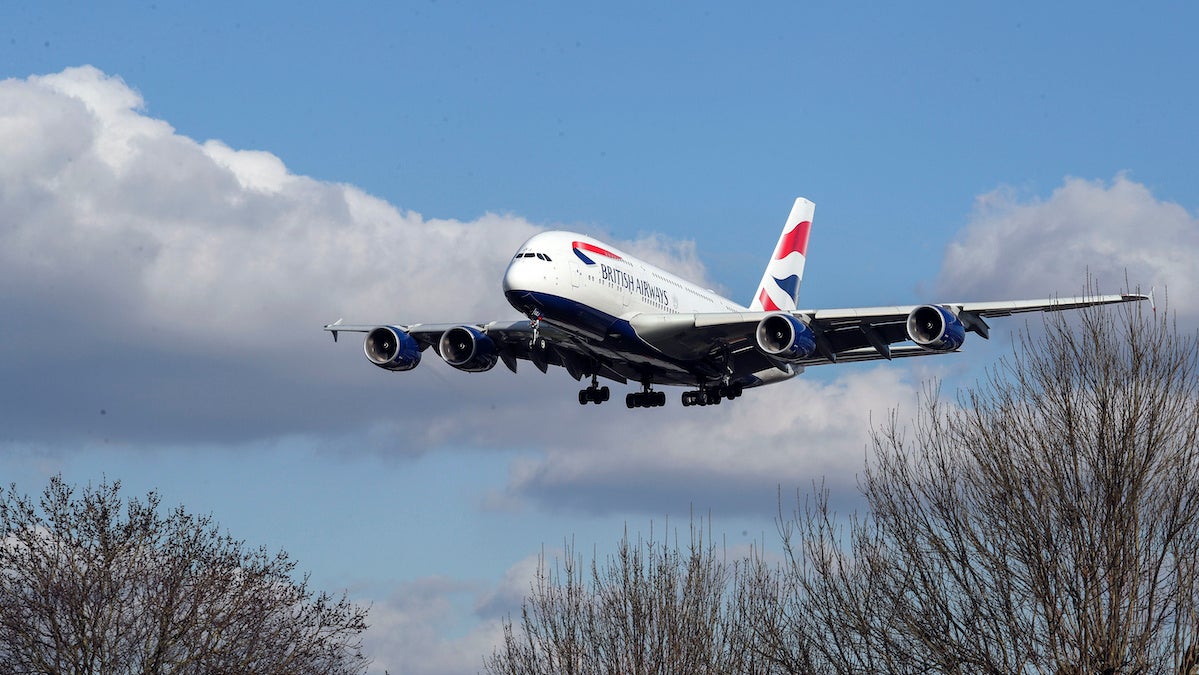 The demand for flights has plummeted due to the new coronavirus, but some British airlines are still sending empty planes into the skies. Steve Parsons / PA Images via Getty Images

The demand for flights has plummeted as the new coronavirus spreads around the globe, but some British airlines are still sending empty planes into the skies, burning thousands of gallons of fossil fuels that contribute needlessly to the climate crisis.

These so-called “ghost flights” are taking off because of European rules saying airlines must use their airport space or give it up, The Times of London reported Friday. The situation has prompted UK Transport Secretary Grant Shapps to write to the independent airport slot coordinator Thursday, asking them to relax the rule in order to prevent airlines from flying nearly or entirely empty planes.

“Such a scenario is not acceptable,” Shapps wrote. “It is not in the industry’s, the passengers’ or the environment’s interests and must be avoided.”

Aviation demand is reduced due to COVID-19, but airlines are being forced to fly some ‘ghost flights’ to avoid losing their slots – bad news for the environment, airlines & passengers. I've written to the regulator to request urgent reconsideration of 80% slot utilisation rule. pic.twitter.com/OsKEH2S4Ab

European rules stipulate that airlines taking off from the continent must use 80 percent of their slots or lose them to someone else, Business Insider explained. Airport Coordination Limited has already relaxed the rules for flights to and from Hong Kong and mainland China, but they remain in effect for all other destinations, including outbreak hotspots like Italy and South Korea, according to The Independent.

Shapps isn’t the only one who has spoken out. Virgin Atlantic CEO Shai Weiss also called for the rules to be suspended, as they were following 9/11 and the SARS epidemic.

“Passenger demand for air travel has dramatically fallen due to Covid-19 and in some instances we are being forced to fly almost empty planes or lose our valuable slots,” he told The Independent.

British trade organization Airlines UK said that, unless the rules were changed, one of its members would have to fly 32 planes that were only 40 percent full between now and March 25, wasting emissions on more than 5,200 empty seats.

“It makes no sense whatsoever under these unique and challenging circumstances to force airlines to fly empty aircraft, wasting money and fuel and creating carbon emissions,” the organization said.

The emergence of COVID-19, which has now sickened at least 109,343 people in 104 countries and killed 3,809, comes as there is growing awareness of the climate costs of air travel. Some planes burn five gallons of jet fuel per mile, releasing tons of carbon dioxide and other greenhouse gases into the atmosphere, Earther reported. All told, aviation accounts for more than two percent of global greenhouse gas emissions, but it is also one of the fastest growing sources of carbon pollution, according to the European Commission. If the airline industry were a country, it would rank among the top 10 global emitters, and a person flying from New York to Paris and back burns about the same amount as someone heating their home in the EU for a year.