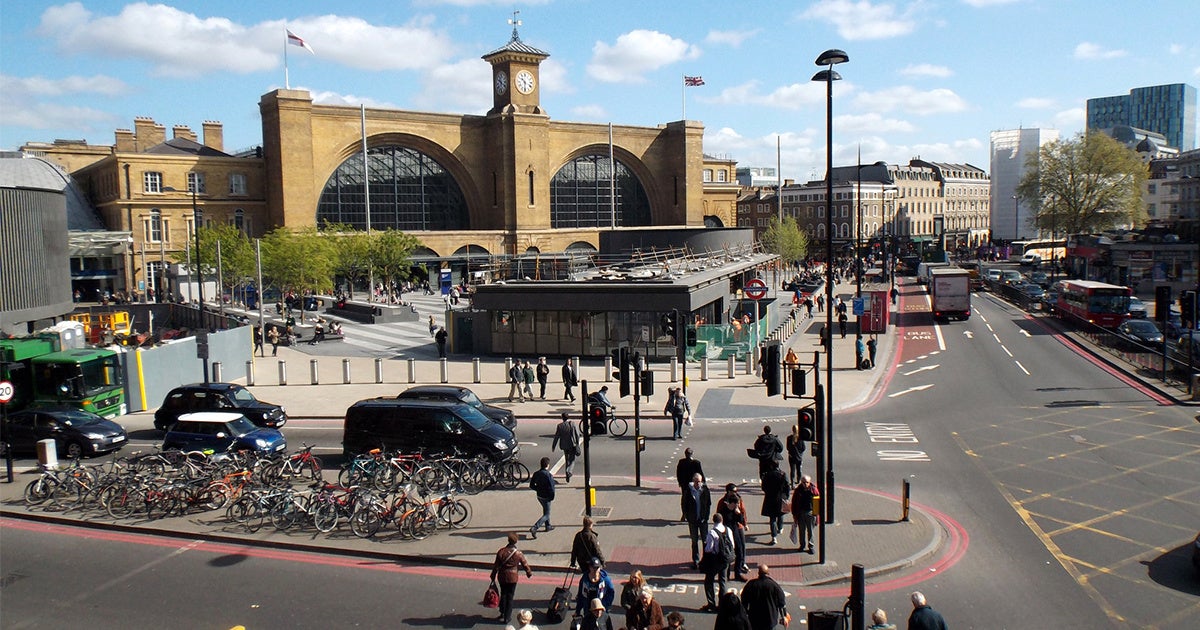 Air pollution has long been known to have a potentially deadly impact on the heart and lungs, but increasing evidence is showing it might be bad for the brain as well. Studies have linked it to dementia, and now, researchers at King’s College London have found the first evidence of an association between exposure to polluted air and experiences of psychosis in teens.

The study, published Wednesday in JAMA Psychiatry, looked at more than 2,000 17-year-olds born in England and Wales and found that those who lived in polluted areas were 27 to 72 percent more likely than those who did not to have psychotic experiences like hearing voices or feeling intensely paranoid, The New York Times reported.

Just published: new @KingsCollegeLon research from @HelenLFisher, @Jo_Newbury and colleagues provides the first evidence of an association between #airpollution and psychotic experiences in teenagers

Nitrogen dioxide and nitrogen oxides, the pollutants released by diesel vehicles, were the most associated with psychotic symptoms. In the areas most polluted with nitrogen oxides, 12 teens reported experiencing symptoms for every 20 who did not; in less polluted areas, seven teens reported symptoms compared to 20 who did not, The Guardian reported.

“There seems to be some link between exposure to air pollution and effects in the brain and this [new research] is perhaps another example of this,” study author and King’s College London professor Frank Kelly told The Guardian. “Children and young people are most vulnerable to the health impacts of air pollution owing to the juvenility of the brain and respiratory system.”

The researchers took into account other factors such as smoking, alcohol and marijuana use, psychiatric history and income level and found that exposure to nitrogen oxides explained 60 percent of the association between living in polluted areas and psychosis symptoms. However, the researchers noted that this was a preliminary, observational study and could not prove that pollution caused the symptoms.

“From this one study, we can’t say that air pollution causes psychosis,” lead author and King’s College London research psychologist Helen L. Fisher told The New York Times. “The study only says that these things commonly occur together.”

Another factor that could explain the association is the noise from polluting vehicles, since it can interrupt sleep and increase stress, according to New Scientist.

If the air pollution is the culprit, it could be because the pollutants are directly influencing the brain. Pollution exposure has been linked with inflammation in the brain, which has in turn been linked to psychosis.

The researchers also found a smaller link between particulate matter exposure and psychotic symptoms; those exposed were about 45 percent more likely to experience symptoms. Overall, the researchers and other public health advocates called for further research.

This study adds important new insight to the discussion on the links between #mentalhealth and #urbanliving – in this case between pollution and psychosis.

These findings have the potential to pave the way for further, much-needed research: https://t.co/hgrsrw2cIN pic.twitter.com/Wdk3iO3CzF

“The study makes a valuable contribution to the growing body of evidence that air pollution may affect more than just cardiovascular and respiratory health,” Head of Atmospheric Chemistry and Effects at the Centre for Ecology & Hydrology Stefan Reis told The Guardian. “This new study makes a compelling case to investigate a range of mental health outcomes of air pollution exposure.”