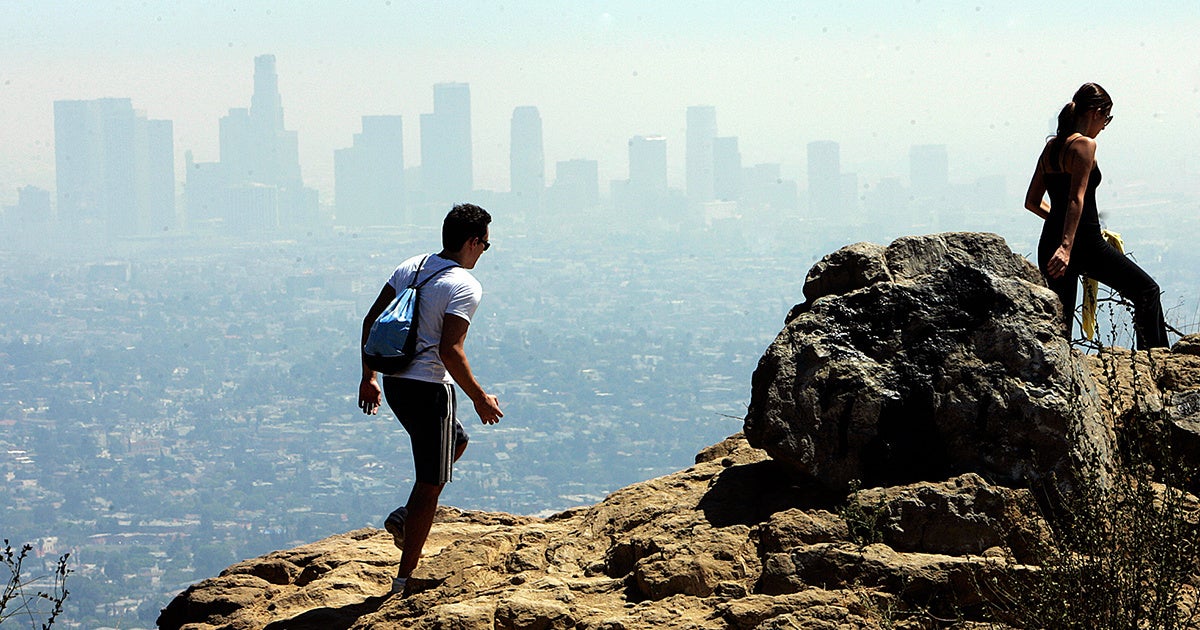 During the holiday season, people often drink toasts to health. There’s something more we can do to ensure that we and others will enjoy good health now and into the future: combat climate change.

“Climate change is the biggest global health threat of the 21st century, and tackling it could be our greatest health opportunity,” according to the medical journal The Lancet. The Lancet Countdown: Tracking Progress on Health and Climate Change, by 150 experts from 27 academic institutions and intergovernmental organizations, including the World Health Organization and the World Bank, is blunt: “A rapidly changing climate has dire implications for every aspect of human life, exposing vulnerable populations to extremes of weather, altering patterns of infectious disease, and compromising food security, safe drinking water and clean air.”

The report examines the association between health and climate change, including resilience and adaptation, financial and economic implications, the health and economic benefits of addressing the crisis, and the need for political and societal engagement, with a greater role for health professionals.

Sadly, the researchers conclude that a lack of concerted effort from governments is compromising human health and health infrastructure and services. They note some progress has been made, including a global decline in coal use, rapid growth in renewable energy installation and increasing fossil fuel divestment. But it’s far short of what’s needed to keep global average temperature from rising more than 2°C, let alone the more ambitious target of 1.5°C.

People in more than 90 percent of cities breathe air that is toxic to cardiovascular and respiratory health, and it appears to be getting worse, “particularly in low-income and middle-income countries.” Pollutants from burning coal and other fossil fuels are causing millions of premature deaths every year.

A World Health Organization report, released at this year’s COP24 climate summit in Katowice, Poland, echoes The Lancet findings, noting that at least seven million people a year die prematurely because of pollution, and millions more become ill. It concludes that health gains from meeting Paris agreement commitments would more than make up for the financial costs of global efforts to achieve those goals, “and would exceed that in countries such as China and India by several times.”

The Lancet report shows the costs of inaction are rising: “About 712 climate-related extreme events were responsible for US$326 billion of losses in 2017, almost triple the losses of 2016,” with 99 percent of losses in low-income countries uninsured. Deadly heatwaves, prolonged drought, increased flooding, agricultural losses, spreading transmission of infectious diseases from insects and contaminated water, mental health issues and water shortages are among the costly health impacts of climate change.

The Canadian Medical Association and Canadian Public Health Association offered several recommendations for policy-makers based on The Lancet report, emphasizing the role of doctors and other health professionals in addressing climate change and raising public awareness. “Ensuring a widespread understanding of climate change as a central public health issue will be vital in delivering an accelerated response, with the health profession beginning to rise to this challenge,” they wrote.

Beyond informing the public, recommendations include preparing people for worsening impacts; integrating climate change and health into medical and health sciences faculties curricula; supporting an equitable transition for people who work in the fossil fuel industry; phasing out coal power by 2030 and replacing it with non-emitting sources; applying carbon-pricing instruments quickly and scaling them up; and funding research into the mental health impacts of climate change. The groups also caution against promoting natural gas as a solution because “increasing numbers of studies show risks to public health, water and air from hydraulic fracturing for natural gas.”

When people get sick from contaminated lettuce or are injured because of defective products, governments and corporations promptly remove or recall the dangerous items. Granted, global warming is a much bigger challenge, but given the benefits of acting quickly and decisively to bring it under control, there’s no excuse for stalling.

As The Lancet report states, “At a time when national health budgets and health services face a growing epidemic of lifestyle diseases, continued delay in unlocking the potential health co-benefits of climate change mitigation is short-sighted and damaging for human health.”

Here’s to climate action for all our health.