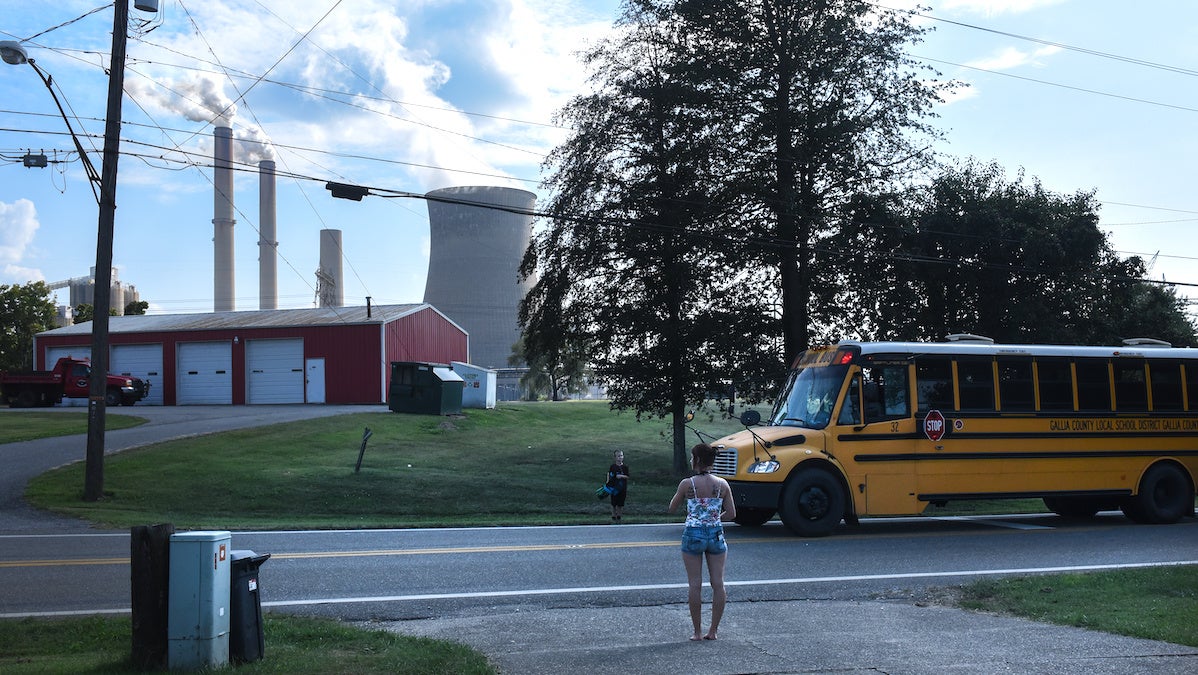 A mother waits for her son returning home from school near the Gavin Power Plant on Sept. 11, 2019 in Cheshire, Ohio. Stephanie Keith / Getty Images

States in the Northeastern U.S. have made a considerable effort to make their air cleaner by reducing toxic mercury, sulfur dioxide and greenhouse gases emitted by the region’s power plants. New research has found that those efforts have had an ancillary benefit of improving the health of children in the area, preventing hundreds of childhood illnesses and saving an additional hundreds of millions of dollars, as WBUR in Boston reported.

The emissions program, known as the Regional Greenhouse Gas Initiative (RGGI), was established in 2009 and sets a cap on planet-heating greenhouse gas emissions, offering power plants emissions allowances via permit auctions and allowing them to trade those allowances, as The New York Times reported.

Past studies of the RGGI have looked at outcomes such as heart attacks, hospitalizations and lost days of work, though they also took infant mortality, children’s acute bronchitis, and some other respiratory symptoms into account. A 2017 study found that the health benefits of RGGI were worth somewhere between and .3 billion. That includes health benefits to children estimated to be worth about .1 million, according to WBUR.

“We felt it was very important to include the outcomes that were associated with the pollutants that had been largely ignored,” said Frederica Perera, who runs Columbia University’s Center for Children’s Environmental Health, to WBUR. “Because the long-term health benefits would be so great if we could prevent these very early damages from occurring.”

Perera and her team found that the emissions reduction may have reduced the number of underweight births in the region and lowered the incidence of asthma and autism by hundreds of cases, offering enormous benefits to children and sparing them a lifelong need for excessive health care resources, according to the new research published in Environmental Health Perspectives.

“What makes this study particularly important is that it shows how we have so absurdly undervalued the welfare of our children in how we approach our public policies,” said Aaron Bernstein, interim director of the Center for Climate, Health and Global Environment at the Harvard T.H. Chan School of Public Health and a pediatrician at Boston Children’s Hospital, to WBUR. Bernstein was not involved with the study. “We really have a lot to gain by fully accounting for what air pollution and other forms of pollution do to children,” he added.

The researchers quantified just how much RGGI has contributed to children’s health. The main driver for the improved health was from the reduction of fine particulate matter (PM2.5). Due to the restriction, the region avoided an estimated 537 cases of child asthma, 112 preterm births, 98 cases of autism spectrum disorder, and 56 cases of low birth weight from 2009 to 2014, which provided an economic savings of between 1 million to 0 million, according to Environmental Health News.

“Toxic air pollutants are released right along with [carbon dioxide],” said Perera to the Environmental Health News. “Because of biological vulnerability, developing fetuses and young [children] are disproportionately affected by air pollution and climate change.”

As for the dollar amount, Perera believes they low-balled the number.

“The cost estimates are conservative,” she said to WBUR. That’s because severe diseases in children “play out over their entire lifetimes, and they affect not just the child, but the families.”