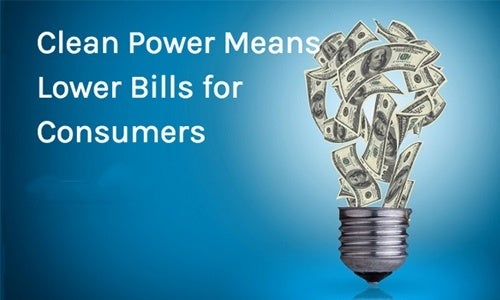 Last month was the hottest June ever on record, and scorching heat is often accompanied by sweat-inducing electricity bills. With air conditioning, fans and other summer necessities driving up energy consumption, it can be tough on both budgets and the environment. 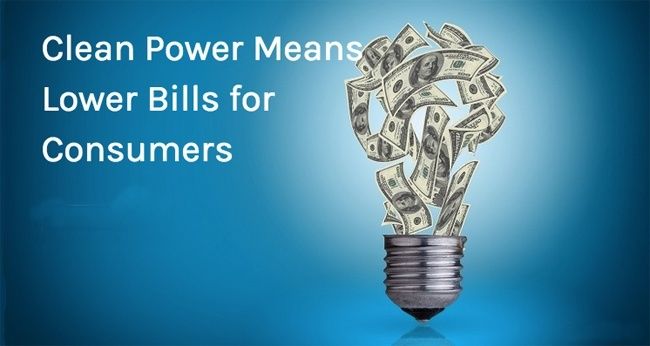 If states plan ahead and invest in clean energy now, not only can they comply with the Clean Power Plan, they can actually get energy costs down for consumers in their states. Image credit: Synapse Energy Economics

The U.S. Environmental Protection Agency (EPA) is close to announcing the finalized Clean Power Plan, which aims to cut carbon pollution from existing power plants by approximately 30 percent below 2005 levels by 2030. If states plan ahead and invest in clean energy now, not only can they comply with these rules, they can actually get energy costs down for consumers in their states. Early action brings long-lasting benefits, by creating deep cuts in future electricity bills with the added bonus of drastically reducing carbon pollution.

By investing in high levels of clean energy and energy efficiency, every state can see significant savings with a total of $40 billion saved nationwide in 2030, according to the new series of policy briefs developed by Synapse Energy Economics. However, consumers will typically see the largest savings in states that build renewable resources early. Under the Clean Power Plan, these first movers will profit by becoming net exporters of electricity to states that are slower to respond. States that keep operating coal plants well into the future will tend to become importers after those plants retire, and energy consumers in those states will miss out on substantial benefits of clean energy and energy efficiency.

Our analysis, which examined the impact of a clean energy future on electric bills and emissions in the lower 48 states, found that households that participate in energy efficiency programs would save money on bills in every state modeled. Image credit: Synapse Energy Economics

Yearly savings of $420 can make a big difference to households across the country.

The clean energy future scenario Synapse analyzed not only complies with the Clean Power Plan emissions standards nationwide, but it actually allows states to far surpass their individual targets. This is achieved in part by an increase in renewable resources, which would meet 70 percent of the nation’s electricity demand by 2040. In this money-saving scenario, the fact that many states independently over-comply with EPA’s target allows for inexpensive trading of renewable energy credits for those few states that would need to procure credits in order to comply. Again, states that build renewable resources sooner will be at an advantage.

The Clean Power Plan may be the catalyst states need to begin making these investments, but states that get the ball rolling sooner will save consumers more money in the long run. Why wait to start planning for a greener, more cost-effective future? By investing now in clean energy and energy efficiency, states can be proactive on Clean Power Plan compliance and save Americans money in the hot summer and cold winter months. The first of Synapse’s two published briefs demonstrated this idea at the national level. The results of the most recently published brief brings the message even closer to home: high levels of clean energy and efficiency investments can save money for a majority of households in every state.

Dr. Elizabeth A. Stanton is a principal economist at Synapse Energy Economics, where her work focuses on climate economics and environmental policy.

The founder and CEO of Synapse, Bruce Biewald brings more than 30 years of consulting experience on issues of energy economics and electric industry regulation.