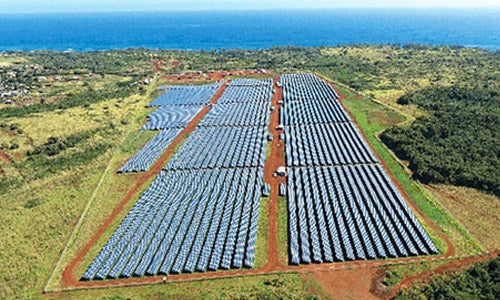 At that time, Kaua’i residents were 92 percent reliant on oil for their energy needs and had some of the highest electricity bills in the country. That reliance was a major problem—in some years, oil imports cost the island close to $100 million. 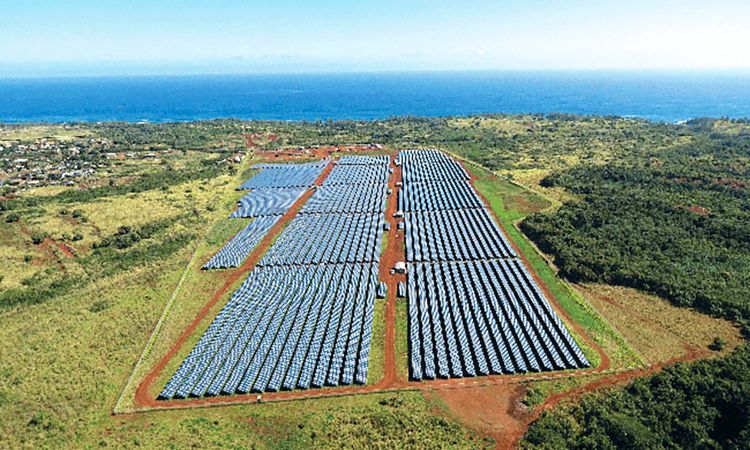 Renewable energy appealed to residents who wanted lower utility bills and were concerned about the environment. “People were tired of oil,” said Jim Kelly, the cooperative’s communications manager. “It was up to us to cut the cord and not be at the mercy of oil supply.”

KIUC has been working to do this by reducing fossil-fuel dependence while keeping money, jobs and utility operations on the island. Fossil-fuel use has dropped to just 60 percent as solar, biomass and hydropower investments take effect. Because of this, energy bills are expected to drop by at least 10 percent over the next 10 years—even as oil prices rise. Ideally, Kelly said, greater reliance on renewables will mean more stable utility rates, regardless of what happens to the cost of oil.

In the past few years, KIUC added two solar arrays—one is the largest in the state—along with a wood-chip burner that supplies 12 percent of the island’s power and smart meters that allow residents to track their energy usage and be smarter about their consumption. Kauai’s latest goal: 50 percent renewable energy by 2023.

Studies show that cycle-friendly infrastructure has positive effects on local economies: When people bike, they’re better able to connect with and do business in their communities. But for many people, the effort of cycling holds them back. Sweating and the physical inability to climb hills or cross bridges is a barrier.

E-bikes may be the solution. 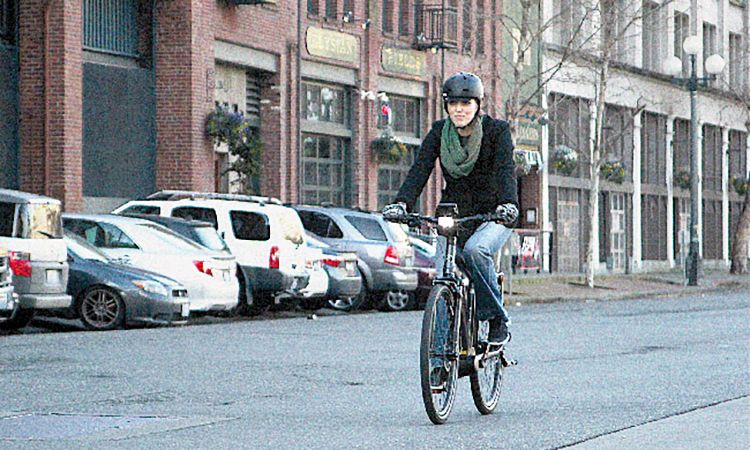 Think hybrid car, but applied to a bicycle. Depending on the e-bike, you control the motor either with a button or based on how hard you pedal. Users enjoy the functional advantage of increased power, but also the pure joy of riding a bicycle.

E-bikes have been commercially available since the 1990s, but have been slow to catch on in the U.S. where bikes are recreation rather than transportation. But in recent years, sales have grown, from about 70,000 in 2012 to 270,000 in 2014. The growth comes as e-bikes get sleeker, prices drop and technology advances.

According to Stefan Schlesinger, owner of Seattle Electric Bike, many buyers are looking to get out of their cars but also stay off buses. Businesses and delivery services see potential in e-bikes because of their speed and reliability, he adds. “Bikes are the most efficient vehicles on the planet. In a place like this,” Schlesinger said, referring to Seattle’s hills, “e-bikes make it the most efficient way to get around.”

Living regionally requires farming closer to home, but with current farming methods—especially when it comes to grains—that’s a challenge. America’s wheat and corn spread over vast, uninterrupted fields far from urban centers.

Grains are an essential part of our diet: 70 percent of our calories come from them, writes Wes Jackson of The Land Institute. But we need to change how we grow them. For 12,000 years we’ve farmed annual grains and since the mid-20th century, we’ve bolstered production with pesticides and nitrogen fertilizer. This was known as the Green Revolution and it fed the world. Only now do we see the costs clearly: eroded topsoil, thousands of dead zones in the ocean (where fertilizer runoff gathers and suffocates marine life) and dependence on fossil fuels. The American Midwest is now defined by dusty swaths of monocrops dotted with anhydrous ammonia tanks. 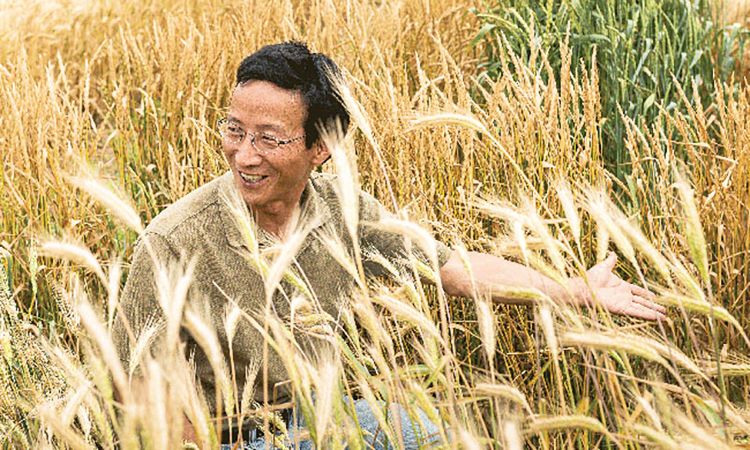 Enter perennial grains. Where annuals leave the soil bare, according to Sieg Snapp, a researcher at Michigan State University, perennials build it. Their roots, staying longer and growing deeper, hold the soil together and rely on little to no fertilizer. And they can be grown on less desirable farmland, potentially closer to larger population centers.

The University of Michigan is developing perennial strains of wheat, which Snapp says could be farm-ready within five years, depending on research funding. Agricultural research investments tend to fund commodity crops or organics, not this kind of holistic sustainability.

“Organic can only go so far,” said Snapp. “This changes how agriculture is done entirely.”

Since 2009, Andrea Bersamin has been leading the center’s Fish to School program, which serves locally caught fish, primarily salmon, in school lunches statewide. Made possible with a $1.1 million grant from the U.S. Department of Agriculture, the program grew out of a concern for Native health and food sovereignty and draws upon Yup’ik culture, which emphasizes subsistence fishing. Alaska’s climate limits its agricultural capacity, so 95 percent of its food is imported. That won’t be possible in a post-carbon world. 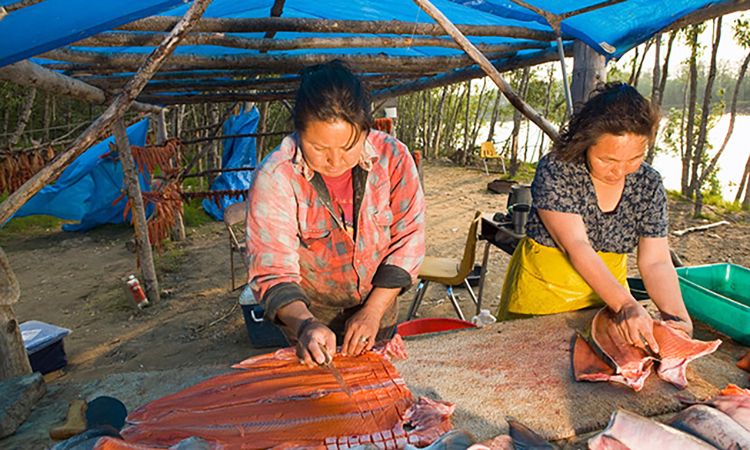 Yup’ik public schools were the first to try the program, during the 2013–14 school year. Along with lunch-menu changes, students learned that food choices influence more than their health: They influence the environment’s health too, especially if the kids’ food relies on carbon-releasing fuel to travel hundreds, even thousands, of miles to reach them.

Now, Bersamin and her research associate, Jennifer Nu, are finalizing the last piece of the project: a toolkit of lessons teachers need to implement an associated curriculum in their classrooms. The toolkit is expected to be distributed among interested Native and non-Native Alaska schools beginning in early 2016.

5. Bringing Young People Back to the City

However, Alonzo Mitchell, with his Village Project, is doing everything in his power to change that. The project launched in 2012, not long after the 34-year-old returned from a stint in the health care industry in Washington, DC. The goal was simple, if audacious: transform Cleveland into a hub of entertainment and culture to lure bright young professionals back into the city. 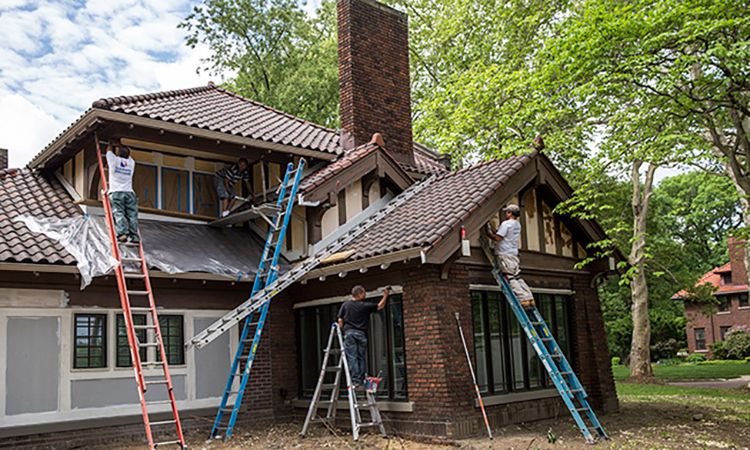 Mitchell and other volunteers faced a daunting task. The city has a child poverty rate of 54 percent (second only to Detroit), a median household income little more than half the national average and an abundance of eyesores dotting its streets.

But the love of home has been a driving force for Mitchell and others associated with the Village Project as they use some creative methods to make a vision of a thriving Cleveland a reality. They have thrown birthday parties for the city, staged New Year’s Eve celebrations in its public square and raised money for local charities.

Another goal is to relocate “villagers”—entrepreneurs and successful artists—to poverty-stricken parts of the city in order to nurture these areas back to health. Mitchell and company believe concentrating the villagers’ wealth and talent within communities long deprived of both will lead to an expansion of the local economy and knowledge base.

A collective approach is central to the project’s long-term turnaround strategy, which Mitchell dedicated himself to in a July 2013 Facebook post he addressed to the city.

“It is total commitment to the city that raised us that keeps us moving when folks say we should give up. I know that when you truly believe in a cause, walking away is never an option.”

Los Angeles’ Chinatown is transit-rich, with bus lines, light rail and an Amtrak line. But its residents are far from rich: Chinatown’s median annual income is $19,500, compared to Los Angeles County’s $56,000.

Often too poor to own cars, these residents rely on transit to get around. And the transit system, in turn, relies on that customer base. Northeastern University research showed that most transit users are low-income people of color and immigrants. In Chinatown, immigrants make up 91 percent of the adult population. 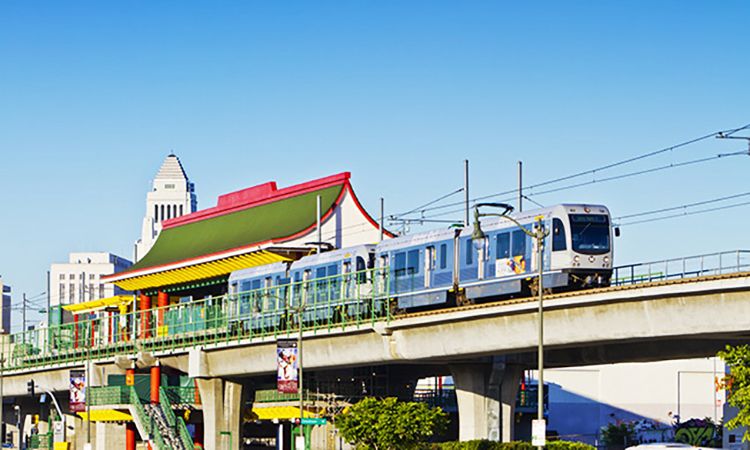 So getting around wasn’t a concern for Chinatown residents—until the city proposed a transit-oriented development plan in 2007. The Cornfield Arroyo Seco Specific Plan changed parking and building regulations to design streets where bicyclists, pedestrians and transit riders could coexist. This satisfied environmentalists who wanted to see better transportation planning, but it worried Chinatown residents who didn’t want to get displaced by development. The Northeastern University research showed that housing prices in 42 neighborhoods in 12 metro areas around the country rose after similar projects.

Sissy Trinh and her colleagues at the Southeast Asian Community Alliance campaigned to address these concerns—and won. The final text of the plan required any development to include affordable housing units for “extremely low-income households,” defined as a four-person household earning $25,600 or less, which didn’t qualify for affordable housing before.

Chinatown, meanwhile, has piqued the interest of surrounding neighborhoods: The Alliance for Community Transit is campaigning to use Chinatown as a model of equitable transportation for all of Los Angeles.

Moving away from your hometown widens your carbon footprint—most notably by setting you and family members up for frequent travel. It also separates you from the support of friends and relatives.

So it may be promising that the percentage of Americans moving away from their home counties is at its lowest point since the U.S. Census Bureau started keeping track in 1948. Economists say this is one effect of the recession: a decline in the number of people who move for better jobs or to buy homes. 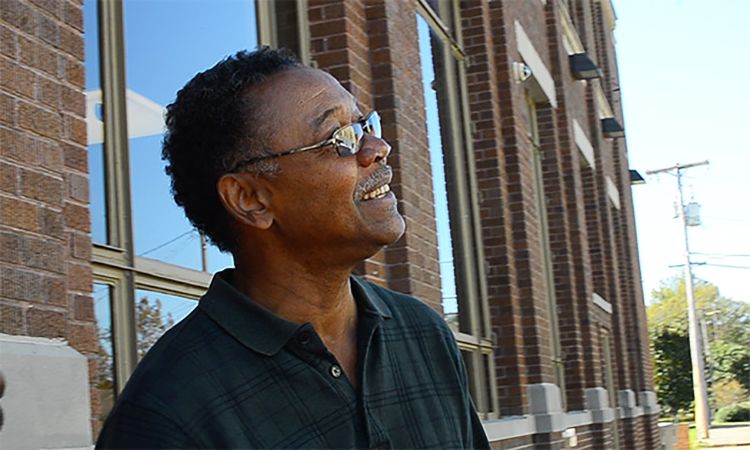 Staying put is an easy decision if you’re from a thriving city where employers and amenities abound. But what if your hometown isn’t thriving?

George Holland, the mayor of Moorhead, Mississippi, knows something about that. He was raised on a farm 3 miles east of Moorhead, where his parents worked as sharecroppers—meaning they got paid in cotton instead of money. Holland says he often missed school so he could work in the fields. Meanwhile, Mississippi was ground zero for the civil rights movement and racial violence was erupting all over the state.

In 1967, when Holland was 18, he decided to leave. He settled in St. Louis, found work as a union truck driver and raised three children.

He stayed there for 40 years until, he said, he felt a spiritual calling to return to Moorhead, where the county has a poverty rate of more than 36 percent and the mostly African-American population is barely holding on. Yet Holland is determined to make sure that younger generations don’t have to leave like he did.

“This is a great place to live or retire—or for a young family,” said the 66-year-old Holland. “That’s why we want to build it. After we finish school, we don’t have to go off to Chicago or Missouri or wherever. We can stay right here in our hometown and make a living.”

In 2009, Holland ran for mayor and won. Since then, he’s fought hard to make Moorhead a place people don’t need to escape. He transformed an abandoned downtown building into a historical museum and store, helped bring a credit union to town when a commercial bank closed its local branch and got a grant to install streetlights on the road between the community college and downtown.