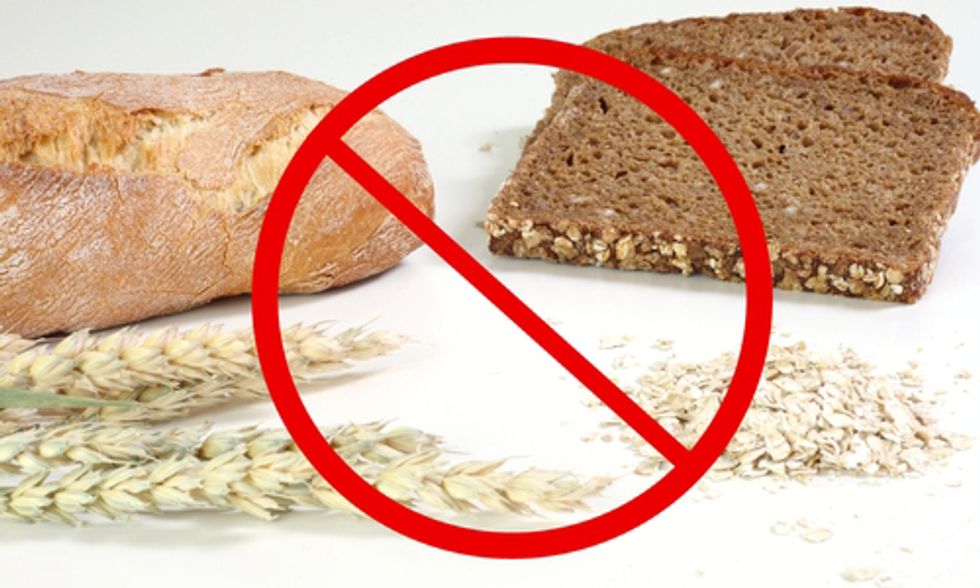 Since the Wheat Belly revolution, people all over the world have reported amazing results: being able to reverse type 2 diabetes, shedding layers of dangerous visceral body fat that encases the organs and revving up to super-charged energy levels. But we started to wonder ... how does ditching wheat—and all grains for that matter—impact the brain? We turned to William Davis, MD, best-selling author of Wheat Belly and the mastermind behind the new Wheat Belly Total Health, to learn more about the benefits of the grainless brain.

William Davis, MD, best-selling author of Wheat Belly explains the incredible ways your brain could heal (after withdrawal) when you cut grains from your diet.
Photo credit: Shutterstock

The concept is quite simple—although removing grains from your life could be a bit tough, thanks to the fact that they're in so many foods and we've become addicted to them. That's where Dr. Davis' new total health plan comes into play. "Remove grains from your diet, and your brain is released from the control of their mind-active components. It is liberating, wonderful and empowering," he says. "Your brain can be restored to its normal alert, energetic, calculating and creative state."

Dr. Davis explains the incredible ways your brain could heal (after withdrawal) when you cut grains from your diet:

Addicted to bread? That could be while you're feeling lousy most of the time. Once the depression that can accompany the withdrawal that affects about 40 percent of people going grain-free is past, there is typically a substantial lifting of mood. This develops due to the removal of gliadin and other prolamin protein-derived exorphins, as well as increased levels of brain serotonin.

People are happier and more optimistic, and they become better engaged with the people and activities in their lives. Some people experience such dramatic improvements of mood that they are able to free themselves from suicidal thoughts and antidepressant medications, Dr. Davis notes.

Be careful returning to wheat and other grains when you've been off of them, though. "Dark, suicidal thoughts appear to be among the most easily re-provoked thoughts with any grain reexposure. People who experience this effect, for instance, report being plagued by a week of suicidal thoughts after a single intentional or inadvertent episode of grain exposure," Dr. Davis says. "Meticulous avoidance is therefore key."

Ready to completely turn your health around? Use the Wheat Belly Total Health plan to feel better (and look better) than you have in years!

(He notes that anyone taking an antidepressant medication will need to consult with his or her healthcare provider before any effort to reduce or change medication is undertaken, as a trained healthcare professional is required to make good decisions in this area.)

Unfortunately, low-level anxiety plagues many people. Dr. Davis says that typically, such anxieties recede with grain removal. For some, the effect can be dramatic and life changing, sometimes even providing relief from years of phobias such as agoraphobia, the fear of leaving home, or claustrophobia, the fear of closed spaces. (Grain does more than impact your brain. It could be the root of your annoying skin problems, too!)

Like the lifting of mood, a lifting of mind fog is also a common grain-free experience. People report that they are better able to concentrate for prolonged periods and are able to think more clearly, make decisions more easily, and speak more effectively. Writers are able to write for longer periods; artists are able to draw, paint, or compose more easily; businesspeople can engage in discussion, perform at meetings, and prepare documents more effectively; and athletes are able to sustain concentration for a longer time and become less reliant on performance crutches such as energy drinks and protein bars. This effect applies to children just as much as adults. Some of the most dramatic stories I've heard have come from parents who report that their children's school performance skyrocketed when they were freed from the fogginess of grain consumption.

Restoration of the capacity for prolonged concentration, clearer thinking, and reduced distractibility add up to an enhanced ability to learn. People listen more effectively, retain more with reading, acquire and synthesize data and concepts with greater ease, and enjoy enhanced recall. They are more focused, more creative, and more effective.

As seizures have been associated with grain consumption, especially consumption of wheat, removal of grains can be associated with relief from seizures if grains were the initiating cause. "Most commonly, sufferers of temporal lobe seizures experience a marked reduction or complete relief from these episodes. Although the causal association between grains and grand mal seizures is more tenuous, I am hearing from more and more people who have experienced marked relief from these dangerous events, as well," Dr. Davis says.

Dr. Davis reports that people with cerebellar ataxia usually experience a slow, gradual improvement in coordination, balance, capacity to walk, and bladder control, or at least experience no further deterioration, after grains are eliminated. "Likewise, the pain or impaired feelings of peripheral neuropathy recede slowly or stop progressing," he says. "Because the nervous system is slow to heal and may do so imperfectly, the process can take months to years, so a long-term commitment is required to gauge improvement. This is very important to recognize, as some people eliminate grains and report two weeks later that grain elimination didn't work for them."

Dr. Davis notes that even multiple sclerosis, which results from autoimmune destruction of the myelin covering of nerve tissue, can slowly improve or reverse. "It's also critical that you simultaneously correct vitamin D deficiency, as preliminary studies suggest a powerful relationship between vitamin D and this condition.

There's a lot we don't know about the causes of dementia, but one thing is clear. Chronically high blood sugar levels can fuel the development of dementia. One important way to stabilize your blood sugar is to give up blood sugar-spiking grains, Dr. Davis says. "Grain elimination is a powerful means of reversing high fasting and after-meal blood sugars," he explains. "Some people are also prone to the autoimmune process triggered by the gliadin and prolamin proteins that leads to dementia; it is likewise turned off with elimination of the inciting grains." (Scientists also recently made a huge breakthrough linking low vitamin D levels to Alzheimer's and dementia).