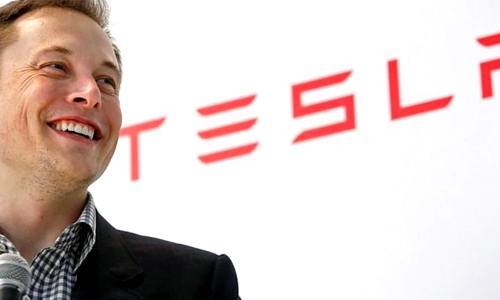 “The sun shows up every day and produces ridiculous amounts of power.” —Elon Musk, May 1, 2015

Elon Musk produced fireworks last week when he announced that Tesla, his company known for its high-end electric cars, will soon start selling batteries to power homes and businesses. The products—which run about $3,500 for Powerwall home systems and about $25,000 for Power Pack business systems—will likely start shipping to customers later this year. The home system will store 10 kilowatt hours of electricity, enough to power a household for several hours.

Here are five important things you may not have seen about the Tesla announcement:

1. Consumers will save money on electricity.

According to Kimball Musk, Tesla board member and brother of Elon, the system could save consumers up to 25 percent on their electric bills. He explained that instead of paying premium electricity rates in the afternoon in a place like California, the battery will charge itself in the middle of the night when electricity is cheapest. “Electricity is only getting more expensive. So any way we can store it and become more self-reliant, that’s ultimately a good thing,” said Julien Gervreau, whose winery business has been piloting battery use for energy storage.

Thus, depending on electricity rates, the pay-back period could be only three to four years. In a place like Hawaii, where electricity rates are much higher than the national average, the pay-back will be even faster. Several states with net-metering laws will even allow solar consumers to sell the excess power stored in their Powerwall back to the utility.

2. It will hasten a widespread switch to renewable energy.

If utilities use these battery systems, as some have already announced they will do, it will allow them to better shift the load of electricity use throughout the day when the sun isn’t always shining and wind isn’t blowing — thus giving utilities the ability to integrate more renewables into the grid. “Storage is a game changer,” Tom Kimbis of the Solar Industries Association told The Washington Post.

According to The Los Angeles Times, Tesla will get a boost from the California Public Utilities commission, which has ordered Edison, San Diego Gas & Electric and Pacific Gas and Electric to install or contract for more than 1,325 megawatts of electricity storage throughout the state by 2020, creating a huge market for batteries.

3. It will allow electric car and solar customers to drive on more sunshine.

Electric vehicles (EVs) are already lower in emissions than conventional vehicles, even taking into account the emissions from the electricity used to charge them and even in parts of the country with dirty grids. But to go the extra green mile, of the more than 300,000 people in the U.S. who drive plug-in EVs, a significant number of them have solar panels on their homes—upwards of 32 percent according to one California survey.

One program—a collaboration among Ford, SunPower and the Sierra Club—provides a discount on this combination of EVs and photovoltaics. However, the solar energy only powers these EVs some of the time, since the sun isn’t always shining. Tesla’s new battery system will allow consumers with any type of rooftop solar and any type of plug-in car (not just a Tesla model) to store their solar power and use it to power their cars more frequently, making it easier to truly drive on sunshine. This is why Slate Magazine posited that Tesla’s new home-based battery “can truly liberate eco-minded drivers from fossil fuels.”

4. It will mean battery prices will drop even faster.

Large batteries are key to electric cars and energy storage systems for homes, businesses and utilities, but cost has been a challenge. Sam Wilkinson, research manager for solar and energy storage at HIS Technology, told Wired that he anticipates a 50 percent battery cost drop in the next two to three years. Meanwhile, battery efficiency is growing at about eight percent annually.

A recent Washington Post article cited myriad reasons why “powering your home with batteries is going to get cheaper and cheaper”—among them the ongoing construction of Tesla’s “gigafactory” in Nevada, expected to begin production in 2016 and reach full capacity by 2020, at which point it will produce more lithium batteries annually than were produced worldwide in 2013.

5. Companies are already raising their hands to buy and sell these battery systems.

Big companies such as Walmart and Cargill have already started to partner with Tesla to power their operations with the new PowerPack battery in conjunction with rooftop solar. Tesla batteries already power 11 Walmart stores, and the Jackson Family Wineries in Northern California started installing Tesla’s battery storage systems last fall at all eight of its wineries. And just last week, Austin, Texas-based Treehouse home improvement store announced that it will be the first retailer to carry the new Tesla home battery.

Musk said he wants to make batteries a core part of Tesla’s business, with the ultimate goal of transforming the world’s electric system. He emphasized that as with its electric car systems, Tesla will have an “open patent” policy—meaning that other companies wishing to join the battery revolution don’t have to start from scratch. He said at the Powerwall unveiling, “We are hopeful that many others will follow our path and if somebody is able to make a better battery solution than us, I’d be the first to congratulate them.”

Gina Coplon-Newfield is the director of the Electric Vehicles Initiative for the Sierra Club.