5 Easy Ways to Save Money, Live Longer and Tread Lightly on the Earth 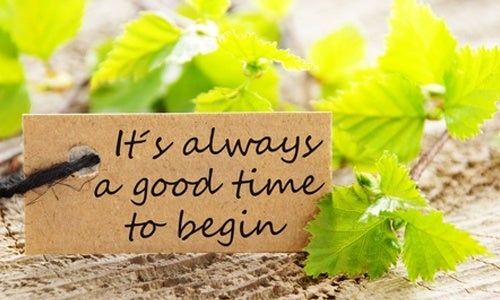 Most of us can’t have zero impact on the environment, but there are so many ways to reduce our footprint and live more in harmony with the natural world. Here are five easy life hacks you can start doing today to be a part of the solution.

This one’s a no-brainer. Nearly one-fifth of all emissions in the U.S. is caused by cars and trucks, which spew about 24 pounds of carbon dioxide and other greenhouse gases for every gallon of gas.

Sure, there are fuel-efficient vehicles, cleaner fuels and electric cars and trucks, but the best thing you can do is to reduce your driving. (Or, if you’re a car-free urbanite, reduce your taxi-hailing and Uber use). An easy way to stop driving so much is to use public transportation.

According to the American Public Transportation Association:

A single person, commuting alone by car, who switches a 20-mile round trip commute to existing public transportation, can reduce his or her annual CO2 emissions by 4,800 pounds per year, equal to a 10 percent reduction in all greenhouse gases produced by a typical two-adult, two-car household. By eliminating one car and taking public. transportation instead of driving, a savings of up to 30 percent of carbon dioxide emissions can be realized.

Or take it a step further and help the environment—and your heart health—by riding a bike. According to the British Medical Association, cycling just 20 miles a week can reduce the risk of coronary heart disease by 50 percent.

But perhaps the simplest and best way to reduce your driving is use your own locomotion and put one foot in front of the other. According to the British Medical Association, regular “active travel” (i.e., walking or cycling) cuts the risk of coronary heart disease in half.

As Hippocrates (a.k.a. Father of Western Medicine) wisely said, “Walking is a man’s best medicine.”

A lot of people leave their cellphone chargers in the wall socket all the time, plugging in their cellphones when they need some juice. What most of them don’t realize is that power is being drawn constantly while the plug is in the wall. “The average charger is consuming .26 watts of energy when not in use, and 2.24 watts even when a fully charged device is connected to it,” writes John Schueler, former new media specialist at the Department of Energy.

That unused yet constantly-drawn power is known as “vampire power,” and not only does it increase your electricity bill, it wastes a lot of energy.

Vampire power is drawn by a variety of appliances and electronics that are always plugged in but not always “on,” such as TVs, stereo systems and coffee machines. When these devices are turned off and there’s still a little light on (or a digital clock that’s always on), it means that they are in “standby” mode, i.e., drawing power. To avoid this, simply plug everything into power strips, and when you’re done using them, switch the power strips off. Those tiny little lights should shut off, killing vampire power. You can also unplug devices you don’t often use.

Even when your HDTV and cable box are switched off, “these devices consume an average of 17.83 watts,” says Schueler. “That means that even if you simply left your cable box plugged in for a year and never turned it off, it would add $17.83 to your electrical bill. Make that a cable box with DVR capabilities, which is an increasingly popular option, and your total more than doubles to $43.46.”

To see how much standby power is used by various products, check the Standby Power Summary Table created by the Lawrence Berkeley National Laboratory.

“Using water-saving techniques can save you money, and diverts less water from our rivers, bays, and estuaries which helps keep the environment healthy,” according to the Department of Energy. “It can also reduce water and wastewater treatment costs and the amount of energy used to treat, pump, and heat water. This lowers energy demand, which helps prevent air pollution.”

The average American family of four uses 400 gallons of water every day, with most of it in the bathroom. The toilet can account for more than a quarter of that amount. Replacing older toilets with WaterSense labeled units—or simply placing a brick or two in the tank—will help reduce bathroom water use. Another easy way to save water in the bathroom is to take navy showers.

The average American shower uses 17.2 gallons and lasts 8.2 minutes—that’s more than 2 gallons every minute. While a long shower may feel great, it’s probably not necessary every single day.

Instead, try taking a “navy shower,” a technique developed by the navy to save water on ships. It has three steps: 1) Turn water on to wet body and hair; 2) turn off water while soaping and shampooing; 3) turn water on to rinse. This simple yet effective technique reduces the water flow to five minutes or less and can save up to 15,000 gallons of water a year. Upgrade your showerhead to one with the WaterSense label for even more water efficiency.

In 2010, the United Nations released a report that identified animal agriculture and food consumption as one of the most significant drivers of environmental pressures and climate change, stating that “a substantial reduction of impacts would only be possible with a worldwide diet change away from animal products.

Recent research has shown that giving up red meat in particular would reduce one’s carbon footprint more than giving up driving cars. And meat production is water intensive and water inefficient: Approximately 1,850 gallons of water are needed to produce just one pound of beef.

But you don’t have to give up red meat completely to make an impact. The Meatless Monday movement hopes you’ll consider just giving up meat once a week, on Mondays, not just because it can help reduce your carbon footprint, but also because going meatless just once a week can “reduce your risk of chronic preventable conditions like cancer, cardiovascular disease, diabetes and obesity.”

This one is related to driving less, but it’s a tip that seems counterintuitive, so it’s worth mentioning: According to a study by Carnegie Mellon University, doing your shopping online is almost always less energy-intensive than actually going to a brick-and-mortar store yourself.

“E-commerce is the less energy-consumptive option approximately 80 percent of the time,” according to the report, which cited transporting customers to stores as the single most important factor. Co-author Chris Hendrickson said he was most surprised by “how small an impact packaging really has, particularly with the growth of recycling channels for packaging.”

The report found that an e-commerce model reduces environmental impact with 35 percent less energy consumption and carbon dioxide emissions than the traditional retail shopping model. Of course, this doesn’t apply to urbanites who are more likely to walk to do their shopping.

To decrease your shopping impact on the environment even more, consider buying less and buying used. And if you must travel to do your shopping, consider walking, biking or using public transportation.

Do you have any other life hacks that can help reduce environmental impact? Add them in the comments!

What Sunscreen Should I Use? This Guide Tells You Products You Can (and Can’t) Trust