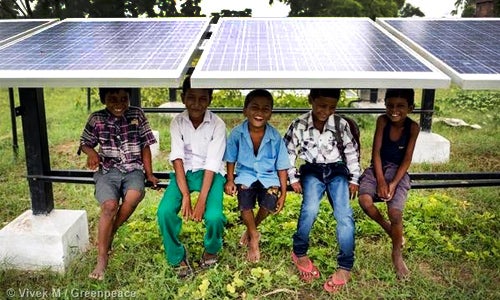 As the world’s leading climate scientists finalize the latest and most comprehensive report on climate change and ways to tackle it, a key question is: What is new? What has changed since the release of the UN climate panel’s last Assessment Report (AR4) in 2007?

On the “solutions” side, the answer is pretty straightforward:

Nuclear power hasn’t changed much. IPCC notes that nuclear capacity is declining globally and that, from safety to financial viability, nuclear power faces many barriers. “Carbon capture and storage” (CCS) isn’t really breaking the mold either. Although the IPCC identifies a need and potential for future CCS-aided emission reductions, in reality, CCS isn’t delivering and, since 2007, “studies have underscored a growing number of practical challenges to commercial investment in CCS.”

The big news is the breakthrough in new renewable energy.

In just a few years, solar and wind technologies have grown so competitive and widespread that they are gradually reshaping common perceptions of climate change mitigation. “Saving the climate is too difficult and too costly” is becoming “We can do this!” Even in purely economic terms, renewable energy (RE) is set to gradually outcompete fossil fuels. According to the IPCC:

So, what does the mean in practice? Here are 10 quick facts: 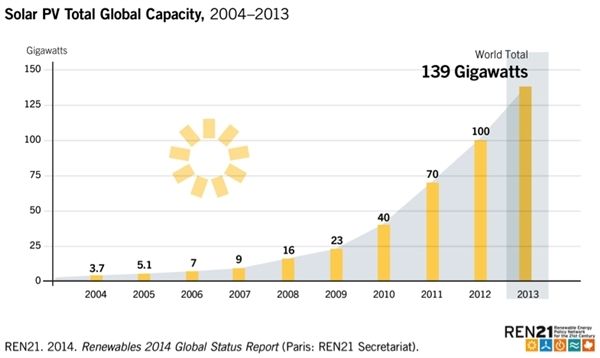 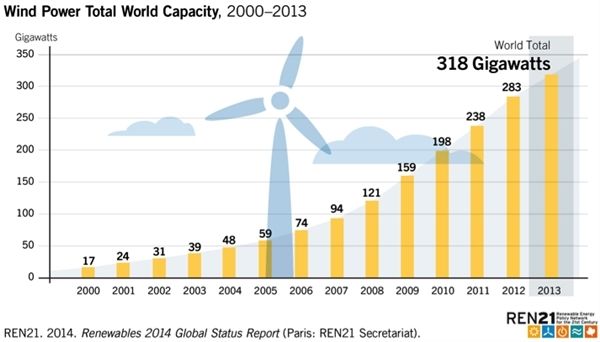 2. The costs of solar and wind have declined profoundly. Renewables are increasingly the cheapest source of new electricity.

In places as diverse as Australia, Brazil, Mexico, South Africa, Turkey, India and throughout the U.S., the cost of electricity production from onshore wind power now is on par with, or lower than, fossil fuels. 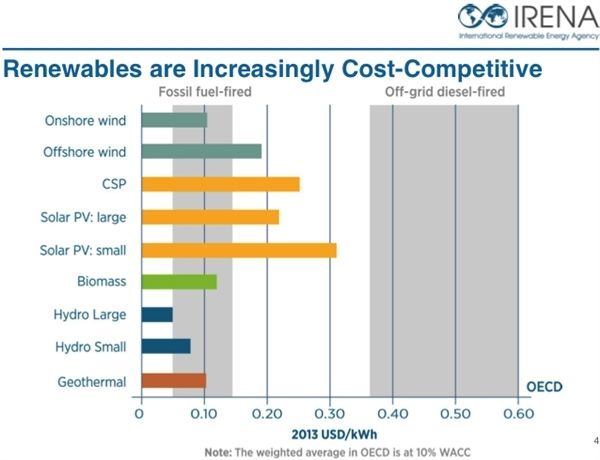 For solar, the speed of cost decline has been even more dramatic. Solar photovoltaic (PV) prices have fallen by 80 percent since 2008 (!) and are expected to keep dropping. Solar can now increasingly compete with conventional energy without subsidies.